The Mobile Artificial Intelligence (MAI) Market Intelligence study is a collection of authentic information and in-depth analysis of data, taking into account market trends, growth prospects, emerging sectors, challenges, and drivers that can help investors and parties stakeholders to identify the most beneficial approaches for the contemporary. It provides essential information on current and projected market growth. It also focuses on technologies, volumes, materials, and markets along with an in-depth market analysis of the Mobile Artificial Intelligence (MAI) industry. The study contains a section devoted to profiling dominant companies while indicating their market shares. Subject matter experts consciously strive to analyze how some entrepreneurs manage to maintain a competitive advantage while others fail, which makes the research interesting. 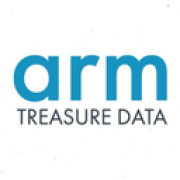 This can be demonstrated by a track record of happy, referenceable customers who appreciate your technical acumen and your diligence. This is a hands-on role – be ready to jump in and use the product from your first day. We would be thrilled if you-Have an existing portfolio of projects that demonstrate your ability to successfullyapply ML and Data Science methods to real-world business problems.-Have

Clickbait headlines might not lure readers as much, may confuse AI

Clickbait might not lure readers as before – and using artificial intelligence to detect fake news might be much more complex than previously thought, a team of researchers suggest. Clickbait headlines might not be as enticing to readers as once thought, according to a team of researchers. They added that artificial intelligence – AI – may also come up short when it comes to correctly determining whether a headline is clickbait. In a series of studies, the researchers found that clickbait – headlines that often rely on linguistic gimmicks to tempt readers to read further – often did not perform any better and, in some cases, performed worse than traditional headlines. Because fake news is a concern on social media, researchers have explored using AI to systematically identify and block clickbait.

Marketers Rush to Rise on the AI Tide

Artificial intelligence is the wave of today and tomorrow, and content marketers are struggling not be left in its wake. Among those bridging the gap between marketing and technology is Christopher S. Penn. He co-founded the machine learning and analytics consulting firm Trust Insights along with Katie Robbert, a data scientist and machine learning practitioner. Penn talked about artificial intelligence and content marketing with digital marketing expert Madalyn Sklar, bluntly discussing challenges and what AI can -- and cannot -- do. "Today's content marketing has four key problems: strategy, tactics, execution and measurement," Penn said.

IT security: when AI fights against AI - Market Research Telecast

Artificial intelligence is also on the advance in IT security. According to a survey of 300 managers, 96 percent reported preparations in their companies for AI-supported IT attacks. In doing so, they partly rely on the help of "defensive AI". The survey was carried out with the assistance of the AI cybersecurity provider Darktrace. A survey of around 200 IT managers in medium-sized companies came to a more differentiated result.

Ways to Upgrade Your Digital Marketing Efforts in 2021

These days, the task of marketing your business must include a huge digital component as the world increasingly transitions to online from real interactions. For most modern businesses, budgets demonstrate the transition to digital. For instance, digital ad spending increased by 12% in 2020, despite the pandemic. No business can afford to ignore the digital landscape and e-commerce these days. So if you're looking for ways to upgrade your digital marketing for 2021 to take advantage of recent changes, you're in the right place.

Marketing and advertising are some of the functional areas where AI is expected to drive the most ROI for enterprises. Unfortunately, the industry is moving so fast that it's challenging for both marketers and technologists to keep up with all the research advances, much less apply them to pressing business problems. If these accessible AI research analyses & summaries are useful for you, you can subscribe to receive our regular industry updates below. If you'd like to skip around, here are the papers we featured: This paper describes a practical system for Multi-Touch Attribution (MTA) for use by a publisher of digital ads. We developed this system for JD.com, an eCommerce company, which is also a publisher of digital ads in China. The approach has two steps. The first step ('response modeling') fits a user-level model for purchase of a product as a function of the user's exposure to ads. The second ('credit allocation') uses the fitted model to allocate the incremental part of the observed purchase due to advertising, to the ads the user is exposed to over the previous T days. To implement step one, we train a Recurrent Neural Network (RNN) on user-level conversion and exposure data. The RNN has the advantage of flexibly handling the sequential dependence in the data in a semi-parametric way.

No bots need apply: Microtargeting employment ads in the age of AI

Keith E. Sonderling is a commissioner for the U.S. Equal Employment Opportunity Commission. Views are the author's own. It's no secret that online advertising is big business. In 2019, digital ad spending in the United States surpassed traditional ad spending for the first time, and by 2023, digital ad spending will all but eclipse it. It's easy to understand why. Digital marketing is now the most effective way for advertisers to reach an enormous segment of the population -- and social media platforms have capitalized on this to the tune of billions of dollars.

This Machine Learning market report provides a thorough insight of the market, allowing key players to keep informed and keep their competitive advantage. It focuses on present trends by forecasting future trends, market size, and market features. Such meticulous Market Analysis creates a comprehensive picture of market policies and supports industries in making larger earnings than before. The greatest way to gain insight into the current market situation and take a position in it is to read this Machine Learning market Research Report. It strengthens corporate positions and assists various industry participants in understanding future and current market situations.

The specialists of the Academy of Artificial Intelligence in Beijing (China) this week presented the most sophisticated natural language processing model in the world, which uses 1.75 trillion parameters to simulate conversational speech, write poems, understand images and even generate recipes, pick up the South China Morning Post newspaper. El WuDao 2.0, which in Chinese means'understanding of natural laws', is a previously trained artificial intelligence model that was developed with the help of more than 100 scientists. It is more powerful than the models of its main competitors: the GPT-3 from the company OpenAI (co-founded by Elon Musk), which was launched with 175,000 million parameters, and the Switch Transformer from Google, which uses 1.6 trillion parameters. The model develops both in Chinese and English acquired skills as you have'studied' 4.9 terabytes of images and texts, including 1.2 terabytes of text in those two languages. WuDao 2.0 already has 22 partners, such as smartphone maker Xiaomi or short video giant Kuaishou.