Melbourne (Australia) The human brain is a true miracle machine. It is always active, can solve complex tasks, is capable of learning and has the ability to process several streams of information at once. For this reason, researchers have tried to make biological nerve cells usable for computer science. According to the scientists at Cortical Labs, they recently made a breakthrough. They taught microscopic brains grown in Petri dishes to play the computer game Pong. 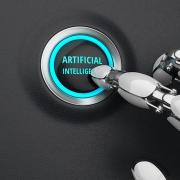 In 2015, Google's DeepMind AI was tasked with learning to play Atari video games. It was quite successful too, becoming as good at Video Pinball as a human player. But beyond the simple arcade games it began to struggle, notoriously failing to even collect the first key in the legendary 1980s adventure game Montezuma's Revenge, due to the game's complexity. However, a new approach has resulted in an AI algorithm that learnt from mistakes and identified intermediate steps 10 times faster, succeeding where Google failed and successfully autonomously playing Montezuma's Revenge. The work was carried out by Fabio Zambetta and his team from RMIT University in Melbourne, Australia.

Australian gambling regulators are considering whether pay-to-win "loot boxes" in video games constitute gambling and may be in breach of state laws.