Rather than forcing a game development team to use certain assets from the Marvel Cinematic Universe or from the original looks of the comics, for example, those have now become open discussions for what fits best for each game. This gave Insomniac Games, the developer behind "Marvel's Spider-Man" and "Miles Morales," the freedom to design their own Spider-Man suits, and Crystal Dynamics, who made "Marvel's Avengers," the choice to place Ms. Marvel (also known as Kamala Khan) front-and-center in the story. But Marvel is more strict about principles relating to their worlds and characters. Among the most important for Spider-Man is that he does not kill.

Video game adaptations have a long history of being, well … mostly completely terrible, thanks largely to the vapid efforts of one Uwe Boll. And even the most ardent Angelina Jolie fan would presumably admit that the Tomb Raider movies were hardly the Oscar-winner's finest hour. So why would Alicia Vikander, Hollywood It girl and current art house dahling, sign up to star as Lara Croft in a reboot of the action-adventure series? Were there no Marvel superhero parts available? Critics have reacted with predictable sniffiness to Norwegian director Roar Uthaug's debut Hollywood outing, with the movie rated just 50% on the review aggregator Rotten Tomatoes. 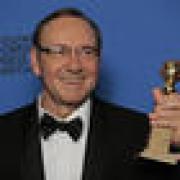 Don't consider "Jumanji: Welcome to the Jungle" a straight remake of the 1995 Robin Williams board game adventure film. It's more of a spiritual sequel or reimagining, loosely based on the same Chris Van Allsburg book. If it was a jungle in there for Williams, it's a jungle out there for Dwayne Johnson and pals in this video game-inspired romp directed by Jake Kasdan.

The first trailer for the new Tomb Raider movie is out, and if your relationship with Lara Croft began and ended in the 1990s, this is most certainly not the heroine you remember. Gone is the outlandishly buxom, clearly-designed-by-dudes lady Indiana Jones played by Angelina Jolie and a bunch of jagged pixels. In her place is a far more understated, realistic heroine. That's because this reboot is taking after another reboot--a reset of the game series, one that started in 2013 and ushered in a whole new era of Croft. Tomb Raider Won't Come to PS4 for a Year After It Hits Xbox You Need to Get to Know Ex Machina's Alicia Vikander That game, also called Tomb Raider because the world is a confusing place, looks a lot like the upcoming movie based on it.