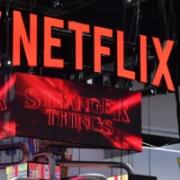 Netflix Inc. is creating its first in-house video games studio, in a push to be less reliable on third-party creators and to expand its gaming offerings. The new studio will be based in Helsinki and headed by Marko Lastikka, according to a statement from Netflix released Monday. Lastikka previously spent more than five years at Zynga, where he worked on FarmVille 3, and before that was the co-founder and executive producer at Electronic Arts' Tracktwenty studio in Helsinki, according to his LinkedIn page. This could be due to a conflict with your ad-blocking or security software. Please add japantimes.co.jp and piano.io to your list of allowed sites. Netflix is slowly making good on its promise to develop a pipeline of 50 games by acquiring and hiring from established firms and in premiere locations, As part of the role, Gage plays a corps of interrelated parts: a movie actress in the 60s, 70s and 90s, a woman disguised as a monk in 18th-century Spain, an artist's muse in 70s New York, and a 90s pop star, as well as that 90s pop star's identical body double. To prepare, Gage got a crash course in cinematic history; at Barlow's behest, she watched "Black Narcissus," Franco Zeffirelli's "Romeo and Juliet," "The Devils," "Klute," "Performance," "Blow-Up," "Lost Highway," "Eyes Wide Shut," "The Bodyguard" and "Basic Instinct" -- all works with both stylistic and thematic links to "Immortality." Ryu Ga Gotoku Studio, the developer behind the celebrated Yakuza franchise, announced a remaster of 2014′s "Ryu ga Gotoku Ishin!" titled "Like a Dragon: Ishin!" The mainline Yakuza games are set in contemporary Tokyo, primarily in the fictional district Kamurocho (which is based on the glitzy, real-life Kabukicho), but the franchise has also created a small spinoff series set in 19th-century Japan. "Like a Dragon: Ishin!" will put players in the sandals of Ryoma Sakamoto, a real-life revolutionary and instrumental figure in Japan's Meiji Restoration. However, this game is not a history lesson. Expect to see Ryu Ga Gotoku's brand of over-the-top action and zany humor interspersed with gangster movie drama.

Netflix to get three exclusive Ubisoft games, including Assassin's Creed Netflix has so far only managed to convince 1.7 million people among its 221 million subscribers to play games on its platform daily, Disney and Marvel have teased reveals and updates regarding the new life sim "Disney Dreamlight Valley," as well as strategy title "Marvel's Midnight Suns" and "Lego Star Wars: The Skywalker Saga." Fans should also expect a glance at the new Marvel title from Amy Hennig, a game director famous for her work on the Uncharted franchise.

Netflix's Resident Evil series has been canceled a little over a month after its initial debut, according to a report from Deadline. The streamer reportedly decided against renewing the series due to lackluster ratings and viewership. Like the many other Resident Evil adaptations, Netflix's live-action series attempts to put yet another spin on the video game franchise it's based on. The show, which was helmed by Supernatural's Andrew Dabb, flashes between two different timelines, centering around Umbrella executive Albert Wesker (Lance Reddick) and his two daughters (played by Tamara Smart and Siena Agudong). In our review of the series, my colleague Charles Pulliam-Moore notes that it "keeps things feeling fresh up to a point," but it's dragged down by a "predictable plot that ultimately suffers from being such a late entry in the modern-day zombie craze." Resident Evil made Netflix's top 10 list of its most-watched shows the week it debuted and the two weeks that followed, but largely fell off the map after that.

The company that owns the rights to JRR Tolkien's works, including The Lord of the Rings and The Hobbit, has been bought by the Swedish gaming firm Embracer Group, which has hinted it could make spin-off films based on popular characters such as Gandalf, Aragorn and Gollum. Embracer has acquired Middle-earth Enterprises, the holding company that controls the intellectual property rights to films, video games, board games, merchandise, theme parks and stage productions relating to Tolkien's two most famous literary franchises. The deal also includes "matching rights" in other Middle-earth-related literary works authorised by the Tolkien Estate and HarperCollins – primarily The Silmarillion and The Unfinished Tales of Numenor and Middle-earth – which were published after Tolkien's death in 1973. When the business was put up for sale by the Saul Zaentz Company, which acquired its rights from the heirs and estate of Tolkien and HarperCollins in 1976, it was expected that Amazon would buy it to build its own Middle-earth empire. In 2017, Amazon paid $250m (£208m) for the rights to make a big budget prequel to Lord of the Rings, called Rings of Power, which is to have a global release on its Prime Video service on 2 September.

The humble video game movie tends to get it from all sides. Critics turn up their noses and gaming nerds are often equally hard to please, albeit on very different points of principle. Kids are perhaps the most forgiving demographic for the video game film, which is why the belated Sonic the Hedgehog film franchise has done well to squarely target them. It gets the job done, perhaps a little too thoroughly at more than two hours in length. Many of the best video game adaptations succeed by making it all a bit of a joke.