Fox News Flash top entertainment and celebrity headlines are here. Check out what's clicking today in entertainment. Lin Qi, an executive producer on "Game of Thrones" creators David Benioff and D.B. Weiss' upcoming Netflix series, died at age 39 after being poisoned. Lin was the chairman and CEO of Yoozoo Group, which he founded in 2009. The company was working with the TV creators on an adaptation of a science fiction series based on "The Three-Body Problem" trilogy of novels by Chinese author Liu Cixin. 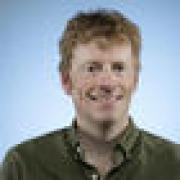 Miguel Ferrer, an actor with a long list of credits ranging from "Twin Peaks" to his current role on CBS' "NCIS: Los Angeles," died of cancer on Thursday. A fixture on TV and in movies since the 1980s, Ferrer's reputation as a scene-stealer began with 1987's "RoboCop," where he played Bob Morton, the conniving corporate executive who designed the film's title cyborg. His other landmark role was as FBI agent Albert Rosenfield in David Lynch's landmark series "Twin Peaks," along with its corresponding film, "Fire Walk With Me." Ferrer reprised the role in the upcoming return of the series, which is set to debut in May on Showtime. "Great talent, better man," wrote "Twin Peaks" co-creator Mark Frost on Twitter. "Working & writing for him was a highlight in every part of my life."