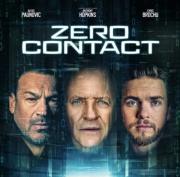 Zero Contact starring Anthony Hopkins as a tech titan will be initially released as an NFT. LA-based start-up VUELE owns complete intellectual property on the productions and boasts that it's: VUELE auctions off early access to the film plus perks and incremental distribution with more perks until it is transferred to traditional distribution channels and streamers. GLIU AI and Visual Arts is a reader-supported publication. To receive new posts and support my work, consider becoming a free or paid subscriber. There's a new AI software called A.V Mapping that matches music and films.

I believe that anyone who has seen the movie "Artificial Intelligence" was deeply impressed by the cute-looking, kind and soft-hearted robot, David, who longed for the love of human mother Monica. David was a robot made by a robot company that could love people. He replaced Monica's son Henry, who is terminally ill and falls into a vegetative state. When Henry wakes up, David is faced with the situation of being destroyed. He turns into a real human boy, and seeks to gain the love of his mother, Monica.

Amid flamboyant performances, flashy costumes and pyrotechnics, the Eurovision Song Contest is probably one of the weirdest, most peculiar shows ever to grace our screens. It's the kind of event that an alien species or an emotionless android would have a hard time understanding, were they watching Europe tune into the annual celebration of kitsch, patriotism and unity. But could machines understand - and reproduce - such a uniquely human experience? The answer could be found at the AI Song Contest, a Eurovision-inspired music competition where all the songs are written by artificial intelligence. Since its creation in 2020, the song contest has been hosted every year by the Belgian city of Liège, where teams of data scientists, programmers, and musicians from all over the world participate with the compositions they have created with the help of AI.

Watch Nvidia's livestream at SIGGRAPH: Why it may be the most pivotal since 1993

The year 1993 was a pivotal year for a couple of major technology breakthroughs. It was a year of big adoption of a new internet technology called the world wide web, and it was the year that the movie "Jurassic Park" debuted, heralding the coming of age of 3D computer graphics. This week, the SIGGRAPH conference, the annual gathering of 3D technologists and artists, is welcoming a new phenomenon some say is as big a deal as those breakthroughs in 1993. "This year, I believe, is a special SIGGRAPH, it will probably go down in history as one of the most important SIGGRAPHs, and an inflection point," said Rev Lebaredian, Nvidia's vice president of Omniverse and simulation technology, in a press briefing in advance of the conference. "1993 was a big SIGGRAPH, where everyone was celebrating," Lebaredian said.

Bandai Namco is developing a live-action Pac-Man film, according to The Hollywood Reporter. The Japanese publisher has reportedly tapped Wayfarer Studios, best known for its work on 2019's Five Feet Apart, to produce the project. According to The Hollywood Reporter, the film was pitched by Sonic the Hedgehog producer Chuck Williams. The movie does not have a release date yet and Bandai Namco could decide not to move forward with the project. That said, the involvement of Williams says a lot about the company's aspirations.

What Ever Happened to the Transhumanists?

Gizmodo is 20 years old! To celebrate the anniversary, we're looking back at some of the most significant ways our lives have been thrown for a loop by our digital tools. Like so many others after 9/11, I felt spiritually and existentially lost. It's hard to believe now, but I was a regular churchgoer at the time. Watching those planes smash into the World Trade Center woke me from my extended cerebral slumber and I haven't set foot in a church since, aside from the occasional wedding or baptism. I didn't realize it at the time, but that godawful day triggered an intrapersonal renaissance in which my passion for science and philosophy was resuscitated. My marriage didn't survive this mental reboot and return to form, but it did lead me to some very positive places, resulting in my adoption of secular Buddhism, meditation, and a decade-long stint with vegetarianism.

Artificial intelligence guru Jack Clark has written the longest, most interesting Twitter thread on AI policy that I've ever read. After a brief initial introductory tweet on August 6, Clark went on to post an additional 79 tweets in this thread. It was a real tour de force. Because I'm currently finishing up a new book on AI governance, I decided to respond to some of his thoughts on the future of governance for artificial intelligence (AI) and machine learning (ML). Clark is a leading figure in the field of AI science and AI policy today. He is the co-founder of Anthropic, an AI safety and research company, and he previously served as the Policy Director of OpenAI. So, I take seriously what he has to say on AI governance matters and really learned a lot from his tweetstorm. But I also want to push back on a few things. Specifically, several of the issues that Clark raises about AI governance are not unique to AI per se; they are broadly applicable to many other emerging technology sectors, and even some traditional ones. Below, I will refer to this as my "general critique" of Clark's tweetstorm. On the other hand, Clark correctly points to some issues that are unique to AI/ML and which really do complicate the governance of computational systems.

In 2018, the Eye Filmmuseum in Amsterdam welcomed its first robot filmmaker: "Jan Bot" is an artificial intelligence tasked with producing experimental short films using the material in the museum's archives. Each day, Jan Bot scours the web for trending topics, then takes them as inspiration for abstract interpretations. Creators Pablo Núñez Palma and Bram Loogman have described it as "prolific, often misunderstood." Now, with more than 25,000 films in its catalog, the time has come to switch Jan Bot off. Conceived as a way to bring a physical archive into the internet age, the next phase will be posthumously archiving Jan Bot's oeuvre via NFT.

Never have we ever...remembered exactly what happened last season when a TV series is set to drop a brand new chapter, even if we love it with all our hearts. Yes, we're specifically referring to Mindy Kaling's teen smash Never Have I Ever, which is returning to Netflix for Season 3 on Aug. 12. Who got together with who -- did Devi Vishwakumar pick Ben Gross or Paxton Hall-Yoshida or no one? Why was Kamala pretending to like BLACKPINK and video games at work? What happened at the dance again?

What can we do in 24 hours? What happens in our lives between sunrise and sunset? What happens in 24 hours around the world? On average, in 24 hours, I will experience 104,000 heartbeats, I'll take a breath about 23,000 times, I'll walk about 8,000 steps on average, and in the shower, I'll spend about 12 minutes. My body will shed and create up to 50 trillion new cells, and I usually spend 20 minutes in the bathroom. There will be a 0.35 mm growth in my hair, and I will also lose somewhere between 40 and 100 hairs at the same time, and on average, I'll speak for roughly 48,000 words.