The Anti-Tech Dystopia of "Dune"

Life during the Covid-19 pandemic would be even more difficult without the Internet and automation, making this year timely for the upcoming "Dune" film to portray a distant future where humanity is devastated by our dependence on machines. Director Dennis Villeneuve is set to release his adaptation of the science fiction epic on October 22, both on HBO Max and in movie theaters. The release was delayed from last December to make it safer for people to view and hear the space fantasy in theaters. WarnerMedia aims to distribute Villeneuve's vision of the first "Dune" novel in two films, but has not yet scheduled a release date for the second film after the first half is released. Frank Herbert's "Dune" novel begins in the far distant future, thousands of years after humans were enslaved by robots, fought a revolutionary crusade and banned artificial intelligence with a new anti-tech religion.

This afternoon, for the technology industry, all eyes will be on Apple's "California Streaming" virtual event, during which this year's models of iPhones -- and possibly iPads -- are set to be unveiled to an awaiting public. The new smartphones and tablets are destined to be big hits -- they have been, consistently, year after year, even with minor iterative improvements. But Apple's biggest news of 2021 won't be the iPhone 13. In terms of new market penetration and risk potential, the big news will be the results of Apple's $1 billion investment in streaming media content for its Apple TV Plus service, which they announced in 2019. A big chunk of that billion-dollar commitment will be their adaptation of Foundation, the first of three volumes in a series of classic Isaac Asimov science-fiction novels published in the early 1950s.

Sign up to receive the Future Tense newsletter every other Saturday. On Aug. 30, my heart broke a tiny bit. That day, the Guardian published a remarkable interview with Frank Oz, Jim Henson's longtime collaborator and the puppeteer behind Fozzie Bear, Miss Piggy, and other classic Muppets. Oz hasn't been involved with the Muppets since 2007, three years after Disney purchased the franchise. He tells the Guardian: "I'd love to do the Muppets again but Disney doesn't want me, and Sesame Street hasn't asked me for 10 years. They don't want me because I won't follow orders and I won't do the kind of Muppets they believe in. He added of the post-Disney Muppet movies and TV shows: "The soul's not there.

Netflix's Latest Innovation Could Be Its Ruin

As I scan my Netflix page, which rectangular tiles leap to the forefront of my attention? There's Sexify, with its promotional photo of a woman's face seemingly captured at the peak of passion. Or maybe I should watch Lucifer, its star staring shirtlessly into my soul, his chest so uncannily hairless it looks like a video game character's. The answer to What Lies Below might be a jacked aquatic geneticist with a Superman jaw line, but other mysteries are left teasingly unsolved by Netflix's most popular titles. For a while this spring, Why Did You Kill Me? jostled for space on the Top 10 list with Who Killed Sara?

12 best comedy movies on Netflix if you need a laugh

Nothing feels as good as a deep, genuine laugh. Netflix has a huge archive of comedy movies that put that good-time feeling on demand, and there's something for anyone who wants to kick back and enjoy the glory of filmed farces, jokes, and general mayhem. Of course, if you're more in the mood for the best Netflix movies in general, or a nice Netflix original series, we've that covered too.) From hidden gems to legendary favorite films, here are our top 12 picks (plus, two honorable mentions) for the best comedies on Netflix streaming right now. Note: We've ranked Netflix's best stand-up specials and romantic comedies separately.

If you're wondering which company makes the best streaming players for the least amount of money, you might not expect the answer to be Walmart. Walmart's $25 Onn FHD Streaming Stick and $30 UHD Streaming Device both undercut the cheapest comparable Roku and Fire TV streamers, yet the hardware doesn't seem compromised despite the low price. Meanwhile, Google's Android TV software provides a slick streaming menu, powerful voice search, and the ability to cast video from your phone. They don't support Dolby Vision, Dolby Atmos, or HDR10, and I had trouble getting TV volume and power controls to work on the cheaper FHD Streaming Stick. But if that doesn't happen to you, and your streaming needs aren't overly demanding, Walmart's devices are surprisingly hard to beat. 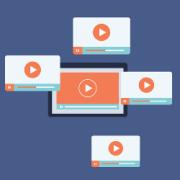 During training, the squared L2 error between the clean spectrogram and the predicted spectrogram is used as a loss function to train the network. At inference time, our separation model can be applied to arbitrarily long segments of video and varying numbers of speakers. The latter is achieved by either directly training the model with multiple-input visual streams (one for speaker), or simply by feeding the visual features of the desired speaker to the visual stream. For full details about the architecture and training process, see our full paper.15

The 12 Best AI Movies/TV Series of All Time

Sense8 was an eight-hour Netflix Original series created by Lana and Andy Wachowski, and J. Michael Straczynski. The science fiction series starred eight characters worldwide, connected by a bond that can be felt through every sense. Sense8 follows the inhabitants of Chicago, who are all connected by more than just two or three senses; they are experiencing everything that their counterparts are seeing, sensing, hearing, and feeling. The series is a love story between two characters, and as they become more connected to their sense counterparts, they begin to feel their partners' pain. They also carry the responsibility of protecting their loved ones that are constantly in danger and fighting for freedom from some sort of outside threat.

Imagine you're going on a first date with a prospective hottie. You meet them at the bar, hoping to make a connection, and you immediately discover that they're dressed head to toe like a realistic rhino, jaguar, or maybe even a dolphin (blowhole and all). Each episode of the show--which is both a bastardization of real furry culture and a reboot of a 2014 BBC series--follows a hopeful single as they look for their "sexy beast" from a trio of contestants. All four of the singles featured in each episode wear elaborate prosthetics throughout their dates, in an attempt to promote "real connections" among its contestants, rather than allow them to focus on each other's real, human looks. Naturally, after watching all six half-hour episodes, we did what we had to do: rank all 24 of these sexy beasts from least to most sexy. These were our three main criteria: how well-made their prosthetic mask is; how likeable the person under the mask is, and how likely we are to go out with that person based on said mask and likability.

Netflix has confirmed that it is adding video games to its library, amid a collapse in its subscriber growth. The company said it will add games for no extra cost to people with existing subscription plans. But it did not say when they would arrive, or what kind of games it would offer. The announcement came as part of its latest results, which showed that its fast growth in subscribers is slowing. The company blamed the issues on people leaving the house more as coronavirus lockdowns lift, as well as the fact that problems making films and TV shows under the pandemic meant it had less attractive content than usual.