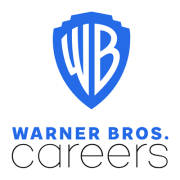 Company OverviewWarnerMedia is a leading media and entertainment company that creates and distributes premium and popular content from a diverse array of talented storytellers and journalists to global audiences through its consumer brands including: HBO, HBO Max, Warner Bros., TNT, TBS, truTV, CNN, DC Entertainment, New Line, Cartoon Network, Adult Swim, Turner Classic Movies and others. Business Unit OverviewHBO Max is where storytelling takes center stage and where creatives find a home with the support and resources to do their best work, no matter the genre or format. Whatever the viewer wants to watch is front and center and more of what they crave is easily discovered. It is where our exclusive HBO Max Originals and iconic entertainment brands thrive, with HBO, Warner Bros., DC, Turner Classic Movies, Cartoon Network and more delivering the greatest array of series, movies and specials for audiences of all ages. HBO Max launched in the US in May 2020 and is scheduled to be in an additional 60 markets this year, launching in Latin America in June and followed by upgrades of HBO-branded streaming services in Europe.

Imagine you're going on a first date with a prospective hottie. You meet them at the bar, hoping to make a connection, and you immediately discover that they're dressed head to toe like a realistic rhino, jaguar, or maybe even a dolphin (blowhole and all). Each episode of the show--which is both a bastardization of real furry culture and a reboot of a 2014 BBC series--follows a hopeful single as they look for their "sexy beast" from a trio of contestants. All four of the singles featured in each episode wear elaborate prosthetics throughout their dates, in an attempt to promote "real connections" among its contestants, rather than allow them to focus on each other's real, human looks. Naturally, after watching all six half-hour episodes, we did what we had to do: rank all 24 of these sexy beasts from least to most sexy. These were our three main criteria: how well-made their prosthetic mask is; how likeable the person under the mask is, and how likely we are to go out with that person based on said mask and likability.

More than two years after it was first introduced, Panic's Playdate finally has a preorder date: Thursday, July 29. This charming and bright yellow handheld video game console has a unique crank on its side, and its $179 price includes 24 games developed exclusively for the device. You won't be able to play all 24 games right away, though. Panic will deliver two games every week to the device over Wi-Fi for three months until all 24 are in the system. This encapsulates Season 1's games, and unfortunately, Panic doesn't have much to share on Season 2. "We're waiting to see how many people are interested in the Playdate before determining how games are distributed in the future," a Panic spokesperson wrote in an email.

'Last Stop' is a story-driven game that's like three TV shows in one. Just don't binge it.

Last Stop feels like a story that could've been told without the video game built around it. But here's a wacky thought: What if that was the whole idea? The latest Annapurna Interactive–published game from Variable State, the three-person team behind 2016's award-winning narrative mystery Virginia, is a three-headed beast of a story, literally. The bulk of the 7ish-hour adventure is actually split into three separate and tonally distinct plots following a trio of Londoners who each face an unusual predicament with supernatural undertones. There's John Smith, the ambitionless and disorganized single dad who clearly loves his daughter, Molly, but just can't seem to keep it together in any aspect of his life.

Netflix has confirmed that it is adding video games to its library, amid a collapse in its subscriber growth. The company said it will add games for no extra cost to people with existing subscription plans. But it did not say when they would arrive, or what kind of games it would offer. The announcement came as part of its latest results, which showed that its fast growth in subscribers is slowing. The company blamed the issues on people leaving the house more as coronavirus lockdowns lift, as well as the fact that problems making films and TV shows under the pandemic meant it had less attractive content than usual.

Video games are coming to Netflix for all subscribers

Netflix is in the "early stages of further expanding into games," the company said in a shareholder letter released ahead of its earnings call on Tuesday. There's no list of titles revealed yet, but the lineup will be "primarily focused on games for mobile devices," the letter said. It sounds like Netflix is treating the addition of games to its streaming service as a new product offering for existing subscribers, meaning it's not going to carry any additional fees -- at least at the start. Though, of course, anything that adds value to the overall service can also be used to justify future price hikes. The letter goes on to note, per The Hollywood Reporter: "We view gaming as another new content category for us, similar to our expansion into original films, animation and unscripted TV. We're excited as ever about our movies and TV series offering and we expect a long runway of increasing investment and growth across all of our existing content categories, but since we are nearly a decade into our push into original programming, we think the time is right to learn more about how our members value games."

Netflix will press start on video game 'expansion' with games for smartphones, tablets

Mobile video games will be the focus of the Netflix's video game initiative. These future mobile games will be included in members' subscriptions at no additional cost, the Los Gatos, California-based streaming TV provider company said in its second quarter 2021 shareholder letter Tuesday. "We view gaming as another new content category for us, similar to our expansion into original films, animation and unscripted TV," the company said. "We're excited as ever about our movies and TV series offering and we expect a long runway of increasing investment and growth across all of our existing content categories, but since we are nearly a decade into our push into original programming, we think the time is right to learn more about how our members value games. Netflix:The 50 best TV shows to watch right now: 'Never Have I Ever' Season 2 in July Streaming TV:Can you have too much of a good thing? Netflix last week hired video game executive Mike Verdu as its vice president of game development. He had previously been at Facebook-owned VR company Oculus, where he oversaw games. Prior to that, he had worked at Electronic Arts and Zynga. The company is in "the early stages of further expanding into games, building on our earlier efforts around interactivity," Netflix said, noting its Black Mirror Bandersnatch "choose your own adventure" film and "Stranger Things" video games. This news about video games comes as Netflix sees its growth slowing. Worldwide, Netflix added 1.5 million new subscribers in the April-June period, beating their own 1.2M forecast. But the net TV provider lost 430,000 subscribers in the U.S. and Canada during the period. In the same period a year ago, Netflix added 10 million new global subscribers with about 2.9 million new additions from the U.S. and Canada. And the company's forecast of 3.5 million new subscribers expected for the current quarter (July-Sept.) is below what analysts hoped (5 million or more). "The pandemic has created unusual choppiness in our growth and distorts year-over-year comparisons as acquisition and engagement per member household spiked in the early months of COVID," the company said. Netflix shares were down 1% in after-hours trading. As for growing competition in the streaming market, Netflix pointed to the Warner Media-Discovery merger and Amazon's acquisition of studio MGM of "the ongoing industry consolidation as firms adapt to a world where streaming supplants linear TV." Such consolidation not affected Netflix's growth "much, if at all," the company said. "While we are continually evaluating opportunities, we don't view any assets as "must-have" and we haven't yet found any large scale ones to be sufficiently compelling to act upon.

Streaming entertainment giant Netflix this afternoon reported Q2 revenue that topped expectations, but missed on the bottom line, and offered an outlook for revenue in line with Wall Street's consensus. In the all important metrics department, Netflix added 1.54 million paying subscribers, on a net basis, topping expectations for 1.15 million. However, the company expects to add just 3.5 million paying subscribers this quarter, which is well below consensus for 5.63 million. The report sent Netflix shares down about 3% in late trading. Netflix said it will add video games to its service, confirming recent rumors.

Wow, does this post have some spoilers -- if you're not up to date with Loki, turn back now. For a show built around a master of magic, Loki sure leans on some retro-looking tech. With the God of Mischief charged as a time criminal following the events of Avengers: Endgame, Marvel's Disney series spends a significant amount of time within the sprawling halls of the mysterious Time Variance Authority. The TVA spends its budget on '60s and '70s modernist-meets-space age interiors, flying cars, old-school computers seemingly able to track speech in real time but probably not play YouTube videos, and some nifty gadgets -- all thanks to Loki production designer Kasra Farahani. The TVA's files aren't even digitised, with agents having to sort through folders upon folders worth of paperwork.