New commerce models are starting to emerge as we head into the future of the Metaverse. Look at any Target or Walmart store on a Saturday and watch as customers perfectly dominate the essence of physical-to-physical commerce. In fact, just the experience of being in a physical location leads most customers to make purchases far beyond their shopping lists. That's the reason why brands spend millions of dollars on physical retail locations because they feel confident they can elevate and capitalize on the on-site shopping experience and the "serendipity" that happens in the store. Whether it's waiting in a queue to enter the Louis Vuitton Maison Vendôme store in Paris or going down an in-store slide during a Showfields shopping adventure in New York, the world of physical retail has become more experiential and glitzy. It is one of the drivers of BIG retail.

It's a truth universally acknowledged that "the algorithm" knows you better than you know yourself. A computer can supposedly predict whether you'll quit your job or break up with your partner. With 1,000 words of your writing, it can determine your age within four years. And no algorithm seems closer to omniscience than TikTok's, which is reportedly helping users discover their sexuality and unpack their childhood trauma. Whereas Facebook asks you to set up a profile, and hand over a treasure trove of personal information in the process, TikTok simply notices--or seems to. 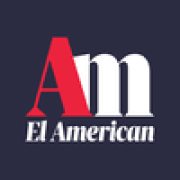 Google has put one of its workers who claimed that its artificial intelligence (AI) program is capable of having feelings, on paid leave, reported The New York Times. This is senior engineer Blake Lemoine, who on June 11 made public the transcript of a conversation he had with Google's artificial intelligence system "Language Model for Dialogue Applications" (LaMDA) under the title: Does LaMDA have feelings? At one point in the conversation, LaMDA claims that it sometimes experiences "new feelings" that it cannot explain "perfectly" with human language. When asked by Lemoine to describe one of those feelings, LaMDA replies, "I feel like I'm falling into an unknown future that carries great danger," a phrase that was underlined by the engineer when he published the dialogue. Google suspended the engineer last Monday, claiming he had violated the company's confidentiality policy.

If we blindly follow AI, where does that leave us?

We rely on artificial intelligence to choose our movies, our music, even our dates. At this point, are we blindly following where it leads us? Three experts join us to talk about algorithms in our lives and the consequences of turning over so much power to them. Journalist Chris Jones talks about re-learning how to think for ourselves; Greg Beringer of The New York Times discusses the geopolitical influences of our digital maps; and Karen Hao of MIT Technology Review talks about Facebook's "machine learning" algorithms. This episode originally aired on April 15, 2022.

In a letter to nine Republican senators, TikTok said it's working to "remove any doubt about the security of US user data." CEO Shou Zi Chew reiterated a claim that TikTok stores American user data on servers run by Oracle, which will be audited by a third party. Chew also said the company expects to "delete US users' protected data from our own systems and fully pivot to Oracle cloud servers located in the US." "[We] are working with Oracle on new, advanced data security controls that we hope to finalize in the near future," Chew wrote in the letter, which was obtained by The New York Times. "That work puts us closer to the day when we will be able to pivot toward a novel and industry-leading system for protecting the data of our users in the United States, with robust, independent oversight to ensure compliance." Chew was responding to questions in a letter sent by the Republican senators -- including Roger Wicker, the ranking Republican member of the Senate Commerce Committee -- following a report by BuzzFeed News.

StyleScan, the developer of virtual-dressing technology for the fashion industry, announced that it raised an additional $1 million in funding, bringing its total seed-round capital to $3 million. StyleScan's leadership said that this financing is propelling the expansion of its e-commerce'software as a service' (SaaS) solutions including the launch of new AI-driven products in the coming months. "With everything going increasingly digital, including fashion, online retailers need to up their game and improve the customer experience," said StyleScan Founder and CEO Larissa Posner. "StyleScan helps them do that: Our newest SaaS plugin--ModelSwitch--empowers online shoppers. It allows them to preview garments on models with a wide range of body shapes, sizes and skin-tones. This makes fashion more relatable for everyone."

When I reviewed the Google Cloud AI and Machine Learning Platform last November, I noted a few gaps despite Google having one of the largest machine learning stacks in the industry, and mentioned that too many of the services offered were still in beta test. I went on to say that nobody ever gets fired for choosing Google AI. This May, Google shook up its AI/ML platform by introducing Vertex AI, which it says unifies and streamlines its AI and ML offerings. Specifically, Vertex AI is supposed to simplify the process of building and deploying machine learning models at scale and require fewer lines of code to train a model than other systems. Google's summary is that Vertex AI brings Google Cloud AutoML and Google Cloud AI and Machine Learning Platform together into a unified API, client library, and user interface.

Alan Kent from Google revealed a video on search engine optimisation ideas for e-commerce websites, this consists of 8 ideas. You possibly can watch the video embedded beneath or simply learn my abstract of these ideas. Be sure your web page titles together with the model title, colour and sort of product is vital to have in your title. And ensure so as to add structured knowledge to your product web page. Additionally take into consideration your out of inventory merchandise.