One month after Japan's first confirmed case of the omicron variant, concerns are continuing to grow fast with Prime Minister Fumio Kishida requesting people to stay vigilant and to take basic preventive measures during the holiday season. "The omicron variant has been widely spreading around the world. While our nation has placed rigorous border measures, we are also proceeding with bringing forward the booster shots, offering more free PCR testing, introducing oral drugs and securing robust medical care systems with an assumption that the worst-scenario could occur," Kishida said in a video message on Wednesday. As many people are expected to return home, travel and have parties during the year-end to New Year holiday season, the prime minister has asked people to thoroughly take basic measures to avoid infection -- washing their hands, wearing face masks and avoiding the 3Cs (closed spaces, crowds and close-contact situations). Since the first omicron case was confirmed in a quarantine check at an airport on Nov. 30, the number of new COVID-19 infections in Japan has been rising, although the overall number of cases remain relatively small compared with the fifth wave.

A Beijing-based robotics firm specializing in warehouse and logistics automation recently upped its overall funding to $100 million. ForwardX Robotics, which makes autonomous mobile robots for materials handling, recently announced the completion of its Series C. The funding is part of a broader narrative playing out in China, where the domestic robotics sector has soared thanks to an onshoring push by the government and heavy investment in the country's tech sector. Since 2016 the country has nearly tripled its output of robots by unit. Meanwhile, Chinese robotics developers have seen more than 40% year-on-year revenue growth. In general, the robotics market is hot right now thanks to heavy demand and labor disruptions partly brought on by COVID-19; however, the growth of the Chinese robotics sector marks a major shift over the past five years globally.

Taipei, Dec. 9 (CNA) A diagnosis system that utilizes artificial intelligence (AI) for the rapid screening of dementia due to Alzheimer's disease (AD) and mild cognitive impairment (MCI) has been developed by an interdisciplinary research team led by a professor at National Taiwan University of Science and Technology (NTUST). The electroencephalography (EEG)-based computer-aided diagnosis system, which integrates different technologies, including EEG signal processing, circuits and electronics, AI, cognitive neuroscience, and medical science, has demonstrated a high level of accuracy and usability in assisting AD and MCI diagnosis, according to the Ministry of Science and Technology (MOST) on Wednesday. As a result, the system is also expected to facilitate early intervention and reduce the risk of developing Alzheimer's dementia. Liu Yi-hung (劉益宏), a professor at NTUST who has led the research team since 2017, collaborated with Tsai Chia-fen (蔡佳芬), a doctor in the Division of Geriatric Psychiatry, Taipei Veterans General Hospital, and Wu Chien-te (吳建德), a professor at the International Research Center for Neurointelligence, University of Tokyo. They developed the nonlinearly multiple EEG feature decoding technique and identified the most MCI-sensitive brain areas by using machine learning methods. 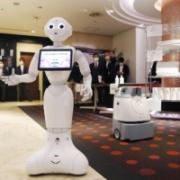 Across the street from one of the busiest train stations in Tokyo, the Shinagawa Prince Hotel is in a bustling complex filled with restaurants, sports facilities and entertainment options like a dolphin show. The only formal greeting guests receive is from Softbank Corp.'s robot, Pepper. They're given written instructions on their rooms and stay. That's because the new arrivals all have one thing in common: they're infected with the coronavirus. In Japan, some COVID-19 patients get a hotel booking -- and can enroll in clinical trials during their stay -- with their positive test results.

Silicon Valley's version of the metaverse is starting to feel like yet another dystopia. Critics of Microsoft's Mesh lament the dispiriting virtual office populated by legless humanoid avatars awkwardly trying to conjure meaningful interactions. While critics of Facebook have argued its version of the metaverse will simply reinforce the already damaged relationships we've been building online for years. But in Japan, there's a different type of avatar-run space that's proving to be a conduit for meaningful human interaction. Tokyo-based DAWN, or Diverse Avatar Working Network, is a cafe staffed by robots operated remotely by people with severe physical disabilities like amyotrophic lateral sclerosis also known as Lou Gehrig's disease.

How Big Data Analytics is set to Power Precision Medicine

Visualize a scenario where you are (god forbid) gravely ill, and yet you (miraculously) receive an accurate diagnosis with a recommended treatment plan within 10 minutes of reaching the hospital. This has, in actuality, been happening for a few years now with the help of Artificial Intelligence (AI). The University of Tokyo, in 2016 reported that Watson, IBM's cognitive supercomputer, correctly diagnosed a rare form of leukemia in a 60-year-old woman which doctors originally thought was acute myeloid leukemia. After examining 20 million cancer research papers in 10 minutes, Watson was able to correctly determine the disease and recommend a personalized treatment plan. AI and its related applications are changing healthcare as we know it. The advancements made in AI will revolutionize research and, ultimately, personalized medicine.

When the Tokyo Paralympics opened on Aug. 24 after a one-year delay because of the coronavirus pandemic, the National Stadium floor was a celebration with fireworks, music, acrobats and clowns. Among the dancers was Ai Haruna, arguably Japan's most famous transgender woman, fittingly chosen to perform in line with the Games' theme, "We Have Wings," to evoke all that is possible in difficult circumstances. The 49-year-old television personality, singer and entrepreneur had gone through a general audition to get her part, eager to spread the much-needed message of resilience and togetherness through the Games for athletes with disabilities. "Let's have the freedom to spread our wings and dream big. That's the message I wanted to send to the world," Haruna said in a recent interview. 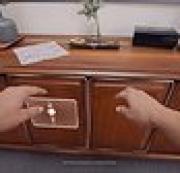 Japanese researchers have built a robot with brain-like neurons that were grown in the lab, in order to teach it to'think like us'. In experiments at the University of Tokyo, the compact robotic vehicle on wheels, small enough to fit in a person's palm, was placed in a simple maze. The robot was connected to a culture of brain neurons, also known as nerve cells, that were grown from living cells. When these artificial neurons were electrically stimulated, the machine successfully reached its goal – a black circular box. A neuron, also known as nerve cell, is an electrically excitable cell that takes up, processes and transmits information through electrical and chemical signals.

Recurring outbreaks of COVID-19 have posed enduring effects on global society, which calls for a predictor of pandemic waves using various data with early availability. Existing prediction models that forecast the first outbreak wave using mobility data may not be applicable to the multiwave prediction, because the evidence in the USA and Japan has shown that mobility patterns across different waves exhibit varying relationships with fluctuations in infection cases. Therefore, to predict the multiwave pandemic, we propose a Social Awareness-Based Graph Neural Network (SAB-GNN) that considers the decay of symptom-related web search frequency to capture the changes in public awareness across multiple waves. SAB-GNN combines GNN and LSTM to model the complex relationships among urban districts, inter-district mobility patterns, web search history, and future COVID-19 infections. We train our model to predict future pandemic outbreaks in the Tokyo area using its mobility and web search data from April 2020 to May 2021 across four pandemic waves collected by _ANONYMOUS_COMPANY_ under strict privacy protection rules. Results show our model outperforms other baselines including ST-GNN and MPNN+LSTM. Though our model is not computationally expensive (only 3 layers and 10 hidden neurons), the proposed model enables public agencies to anticipate and prepare for future pandemic outbreaks.

Artificial intelligence (AI) uses algorithms and software to perform certain tasks without human intervention and instructions. AI represents the integration of technologies such as machine learning, natural language processing, reasoning, and perception. It is used in healthcare for approximation of human cognition as well as the analysis of complex medical and diagnostic imaging data. The artificial intelligence in healthcare diagnosis market is driven by the ability of AI to provide improved outcomes; moreover, the growing need to increase coordination between healthcare workforce and patients also supports the market growth. The rise in the importance of Big Data in healthcare, increase in the adoption of precision medicine, and surge in venture capital investments also contribute to the market growth.