How digital twins are driving the future of engineering

Marshall McLuhan once famously observed, "First we build the tools, then they build us." Building on artificial intelligence (AI), the Internet of Things (IoT), and 5G communications, advanced software systems are remaking the nature and complexity of human engineering. In particular, digital twin technology can provide companies with improved insights to inform the decision making process. In this day and age, processes and machines are so complex that the risks of failure or disruption from experimenting with different approaches becomes too high or costly. To use an old analogy, it's tough to change the wheels on a moving train. And that can be frustrating when new designs might provide significant benefits to existing systems.

A form of artificial intelligence designed to interpret a combination of retinal images was able to successfully identify a group of patients who were known to have Alzheimer's disease, suggesting the approach could one day be used as a predictive tool, according to an interdisciplinary study from Duke University. The novel computer software looks at retinal structure and blood vessels on images of the inside of the eye that have been correlated with cognitive changes. The findings, appearing last week in the British Journal of Ophthalmology, provide proof-of-concept that machine learning analysis of certain types of retinal images has the potential to offer a non-invasive way to detect Alzheimer's disease in symptomatic individuals. "Diagnosing Alzheimer's disease often relies on symptoms and cognitive testing," said senior author Sharon Fekrat, M.D., retina specialist at the Duke Eye Center. "Additional tests to confirm the diagnosis are invasive, expensive, and carry some risk. Having a more accessible method to identify Alzheimer's could help patients in many ways, including improving diagnostic precision, allowing entry into clinical trials earlier in the disease course, and planning for necessary lifestyle adjustments."

In the past year, lockdowns and other COVID-19 safety measures have made online shopping more popular than ever, but the skyrocketing demand is leaving many retailers struggling to fulfill orders while ensuring the safety of their warehouse employees. Researchers at the University of California, Berkeley, have created new artificial intelligence software that gives robots the speed and skill to grasp and smoothly move objects, making it feasible for them to soon assist humans in warehouse environments. The technology is described in a paper published online today (Wednesday, Nov. 18) in the journal Science Robotics. Automating warehouse tasks can be challenging because many actions that come naturally to humans--like deciding where and how to pick up different types of objects and then coordinating the shoulder, arm and wrist movements needed to move each object from one location to another--are actually quite difficult for robots. Robotic motion also tends to be jerky, which can increase the risk of damaging both the products and the robots. "Warehouses are still operated primarily by humans, because it's still very hard for robots to reliably grasp many different objects," said Ken Goldberg, William S. Floyd Jr. Distinguished Chair in Engineering at UC Berkeley and senior author of the study.

Data can be a 'force for evil,' AI and machine learning experts say

BEGIN ARTICLE PREVIEW: The COVID-19 pandemic has highlighted and exacerbated existing disparities in the healthcare system, including the consequences of bias on racialized or marginalized groups.Some of the ways racial bias in the healthcare system emerge are more obvious, such as horror stories of Black people being turned away at emergency departments. Others, experts said during the HIMSS Machine Learning and AI for Healthcare Digital Summit this week, are less visible – but can still be incredibly harmful. HIMSS20 Digital Learn on-demand, earn credit, find products and solutions. Get Started >> “There are other ways this bias manifests structurally that are not as potentially sort of obvious,” said Kadija Ferryman, industry assistant professor of ethics and engineering, NYU Tandon School of Engineering, at a panel on Tuesday. “That is through informatics and data.” For instance, COVID-19 is a disease that attacks

Taipei, Oct. 28 (CNA) A team at National Taiwan University Hospital (NTUH) has developed an artificial intelligence (AI) system that can identify tumors in the pancreas with an accuracy of over 90 percent. At a press conference on Tuesday where the team introduced the technology, NTUH doctor Liao Wei-chih (廖偉智) said that pancreatic cancer was the seventh deadliest type of cancer in Taiwan in 2019, causing nearly 2,500 deaths that year. The disease is extremely hard to detect, however, as patients experience no symptoms during the early stages, and studies have found that 40 percent of pancreatic tumors that are smaller than 2 centimeters are missed when doctors use CT scans, Liao said. This is because these small tumors do not look like lumps, but appear to be a thin layer of gray film, Liao explained, which is a challenge for even the most experienced of experts to identify. As a result of these difficulties, patients are often only diagnosed when the cancer has spread to other parts of the body, thus complicating treatment, he said.

The State of Technology & Innovation in Real Estate 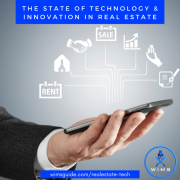 The integration and adoption of technology into every industry is inevitable, even in industries that are traditionally relatively slower to adopt like real estate. Tech developments are enabling professionals in the space to be able to facilitate easier, faster, efficient, and more secure deals for all parties involved. Below are some of the emerging technology trends that are being integrated into real estate now, and in the coming years, many of which have been accelerated by the outbreak of COVID-19. The AR/VR spaces have seen tremendous growth, and it seems with the onset of COVID-19 the demand and urgency to roll out these capabilities has only increased. With the need for limited contact during the pandemic, restricted travel, and work from home trends, it is only natural that AR/VR trends will continue to surface in the real estate industry. 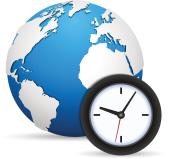 Join Verint's Mike Biros, Vice President, Sales, and David Moody, General Manager, Engagement Management Professional, at noon ET as they discuss "Digital Transformation in the Era of COVID-19." The pandemic has accelerated the digital transformation of government and impacted the way services are delivered to citizens. However, despite this transformation, the citizen experience must remain a central consideration and help ensure that digital channels deliver at least the same level of service as would be delivered in person. In this session, learn about best practices for digital transformation that will allow your citizens to receive a consistent, positive experience--no matter how they communicate with you. What are the most valuable contact center innovations so far in 2020?

Espoo: A team of researchers have developed a machine learning model that accurately predicts how combinations of different cancer drugs kill various types of cancer cells. The new AI model was trained with a large set of data obtained from previous studies, which had investigated the association between drugs and cancer cells. 'The model learned by the machine is actually a polynomial function familiar from school mathematics, but a very complex one,' says Professor Juho Rousu from Aalto University. The study was led by researchers at Aalto University, the University of Helsinki, and the University of Turku in Finland. The research results were published in the prestigious journal Nature Communications.

Today marks the start of RSNA 2020, the annual meeting of the Radiological Society of North America. I participated in my first RSNA 35 years ago and I am super excited--as I am every year--to reconnect with my radiology colleagues and friends and learn about the latest medical and scientific advances in our field. Of course, RSNA will be very different this year. Instead of traveling to Chicago to attend sessions and presentations, and wander the exhibits, I'll experience it all online. While I will miss the fun, excitement, and opportunities to connect that come with being there in person, I am amazed by what a rich and comprehensive conference the organizers of RSNA 2020 have put together using the advanced digital tools that we have at hand now. 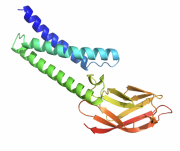 An illustration of the possible structure of a "membrane protein" associated with the coronavirus, according to a model created by DeepMind's AlphaFold program. DeepMind, a division of Alphabet, says it has solved one of the most difficult computing challenges in the world: predicting how protein molecules will fold. It is key to understanding important biological processes and treating diseases such as COVID-19. The London-based organization said that its claims of a breakthrough had been verified by organizers of a competition held every two years to test computer models, the Critical Assessment of protein Structure Prediction (CASP). Healthline cuts through the confusion with straightforward, expert-reviewed, person-first experiences -- all designed to help you make the best decisions. DeepMind named its protein folding prediction system AlphaFold and said that the latest version has been four years in development.