US launches drone strikes in Somalia after deadly car bombing

ISIS is quickly recruiting to supplant existing al-Shabab fighters in Somalia to declare a more entrenched presence in the horn of Africa. Three drone airstrikes on Sunday against the Al Qaeda-linked Islamic terrorist group Al-Shabab in Somalia killed four militants, according to the U.S. military. U.S. Africa Command officials said an initial assessment concluded that two airstrikes killed two militants and destroyed two vehicles in Qunyo Barrow, and the third airstrike killed two militants in Caliyoow Barrow. The precision airstrikes, which were in coordination with the Somali government, came a day after a truck bombing in Somalia's capital killed at least 78 people. People salvaging goods after a car bomb destroyed shops in Mogadishu, Somalia, on Saturday. 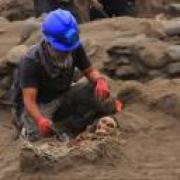 WASHINGTON – One U.S. special operations soldier was killed and four U.S. service members were wounded in an "enemy attack" Friday in Somalia, the U.S. military said -- casualties that are likely to put renewed scrutiny on America's counterterrorism operations in Africa. It was the first public announcement of a U.S. military combat death on the continent since four U.S. service members were killed in a militant ambush in the west African nation of Niger in October. President Donald Trump paid tribute on Twitter on Friday night, offering "thoughts and prayers" to the families of the soldier who was killed and those who were wounded. "They are truly all HEROES," he tweeted. U.S. Africa Command said in a statement that U.S. troops with Somali and Kenyan forces came under mortar and small-arms fire in Jubaland, Somalia, at around 2:45 p.m.

1 US soldier killed, 4 wounded in attack in Somalia

WASHINGTON – One U.S. special operations soldier was killed and four U.S. service members wounded in an "enemy attack" Friday in Somalia, the U.S. military said -- casualties that are likely to put renewed scrutiny on America's counterterror operations in Africa. It's the first public announcement of a U.S. military combat death on the continent since four U.S. service members were killed in a militant ambush in the west African nation of Niger in October. U.S. Africa Command said in a statement that U.S. troops with Somali and Kenyan forces came under mortar and small-arms fire in Jubaland, Somalia, at around 2.45 p.m. local time. One member of the "partner forces" was wounded. One of the wounded U.S. service members received sufficient medical care in the field, and the other three were medically evacuated for additional treatment. 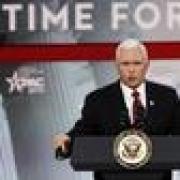 MOGADISHU, Somalia – The United States military for the second straight day is announcing a drone strike that killed al-Shabab extremists in Somalia.

The U.S. military has carried out 32 airstrikes this year against the Somalia-based al-Shabab and a small but growing presence of fighters linked to the Islamic State group. The Trump administration early this year approved expanded military operations against extremists in the Horn of Africa nation, as the Trump administration puts counterterrorism at the top of its foreign policy agenda for Africa.

The Islamic extremist group, the deadliest in Africa, has been targeted this year by nearly 30 U.S. military drone strikes after the Trump administration approved expanded operations against it and declared the southern part of the Horn of Africa nation a zone of active hostilities. The U.S. now has more than 500 military personnel in Somalia.

US-targeted IS in Somalia could be a 'significant threat'

MOGADISHU, Somalia – The Islamic State group's growing presence in Somalia could become a "significant threat" if it attracts fighters fleeing collapsing strongholds in Syria and Iraq, experts say, and already it seems to be influencing local al-Shabab extremists to adopt tactics like beheadings. The U.S. military this month carried out its first drone strikes against IS fighters in Somalia, raising questions about the strength of the group that emerged just two years ago. A second strike targeted the fighters on Sunday, with the U.S. saying "some terrorists" were killed. The Islamic State group burst into public view in Somalia late last year as dozens of armed men seized the port town of Qandala in the northern Puntland region, calling it the seat of the "Islamic Caliphate in Somalia." They beheaded a number of civilians, causing more than 20,000 residents to flee, and held the town for weeks until they were forced out by Somali troops, backed by U.S. military advisers.

US carries out 3 drone strikes against extremists in Somalia

MOGADISHU, Somalia – U.S. forces say they have carried out three drone strikes within 24 hours in Somalia, stepping up their campaign against the Islamic extremist rebels of al-Shabab and the Islamic State group. The strikes by unmanned drones killed several extremist fighters, a spokeswoman for the U.S. military command in Africa told The Associated Press Sunday. With these three attacks, the U.S. has now carried out 26 attacks in Somalia against extremist targets in 2017, she said. The latest U.S. strikes were carried out in coordination with Somalia's government, she said. The first strike happened Saturday at approximately 4:30 p.m. local Somalia time and it killed one fighter for the extremists group, al-Shabab, said a U.S. Africa command statement.