Using satellites and AI, space-based technology is shaping the future of firefighting

Using satellites, drones and artificial intelligence, emerging technology is changing the way firefighting agencies and governments battle the ever-increasing threat of wildfires as hundreds of thousands of acres burn across the western United States. New programs are being developed by startups and research institutions to predict fire behavior, monitor drought and even detect fires when they first start. As climate change continues to increase the intensity and frequency of wildfires, these breakthroughs offer at least one tool in the growing arsenal of prevention and suppression strategies. "This is not to replace firefighting on the ground," said Ilkay Altintas, a computer scientist with the University of California, San Diego, who developed a fire map for the region. "The more science and data we can give firefighters and the public, the quicker we'll have solutions to combat and mitigate wildfires." 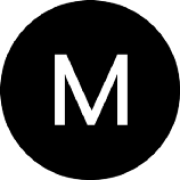 Many of California's local law enforcement agencies have access to facial recognition software for identifying suspects who appear in crime scene footage, documents obtained through public records requests show. Three California counties also have the capability to run facial recognition searches on each others' mug shot databases, and others could join if they choose to opt into a network maintained by a private law enforcement software company. The network is called California Facial Recognition Interconnect, and it's a service offered by DataWorks Plus, a Greenville, South Carolina–based company with law enforcement contracts in Los Angeles, San Bernardino, San Diego, San Francisco, Sacramento, and Santa Barbara. Currently, the three adjacent counties of Los Angeles, Riverside, and San Bernardino are able to run facial recognition against mug shots in each other's databases. That means these police departments have access to about 11.7 million mug shots of people who have previously been arrested, a majority of which come from the Los Angeles system.