SEOUL, South Korea – North Korea has labeled Joe Biden a "fool of low IQ" and an "imbecile bereft of elementary quality as a human being" after the Democratic presidential hopeful during a recent speech called North Korean leader Kim Jong Un a tyrant. Pyongyang's official Korean Central News Agency on Wednesday accused Biden of insulting the country's supreme leadership and committing an "intolerable and serious politically-motivated provocation" against the North. Biden during a campaign launch in Philadelphia on Saturday accused President Donald Trump of cozying up to "dictators and tyrants" like Kim and Russian President Vladimir Putin. 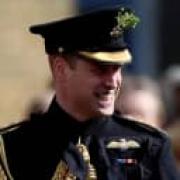 DINARD, FRANCE - Foreign ministers of Group of Seven nations on Saturday pushed North Korea to continue denuclearization negotiations with the United States while vowing to maintain pressure on Pyongyang to encourage it to give up its nuclear weapons and ballistic missile programs. In a communique issued after a two-day meeting in Dinard, western France, the ministers also expressed serious concern about the situation in the East and South China seas -- a veiled criticism of China's militarization of outposts in disputed areas of the South China Sea and its attempts to undermine Japan's control of the Senkaku Islands in the East China Sea. The Senkakus are administered by Japan, but claimed by China and Taiwa, which call them the Diaoyu and Tiaoyutai, respectively. During the meeting, some G7 members touched on China's expanding global ambitions through its signature Belt and Road Initiative infrastructure project, a Japanese official said. But the communique makes no reference to the initiative in an apparent effort to demonstrate unity among the group.