AI Weekly: In a chaotic year, AI is quietly accelerating the pace of space exploration

The year 2020 continues to be difficult here on Earth, where the pandemic is exploding again in regions of the world that were once successful in containing it. Germany reported a record number of cases this week alongside Poland and the Czech Republic, as the U.S. counted 500,000 new cases. It's the backdrop to a tumultuous U.S. election, which experts fear will turn violent on election day. Meanwhile, Western and Southern states like Oregon, Washington, California, and Louisiana are reeling from historically destructive wildfires, severe droughts, and hurricanes. Things are calmer in outer space, where scientists are applying AI to make exciting new finds.

Deadly Premonition 2: A Blessing in Disguise is a conflicting experience. On one hand, the game's narrative revolving around the mysterious murder of a young woman in a small Louisiana town is deeply intriguing with its constant twists and surprises that spin an ever-widening web of sadism, death, and terror until the very end. On the other hand, the game looks and plays like shit. As the sequel to perhaps the most critically polarizing game of all time, 2010's Deadly Premonition, this duality fits like a glove and developer SWERY somehow manages to fulfill this game's unique expectations. Both games center around mysteries with similar beginnings that only get more interesting as they go on, but just like its sequel, the first game is also pretty awful to look at, even for 10 years ago. That earlier game follows FBI Special Agent Francis York Morgan as he works to solve a murder mystery in the small, rural town Greenvale, Wash. in the mid-2000s. Morgan runs into paranormal threats and wild characters as he divines answers from cups of coffee and frequently converses and consults with a voice in his head named Zach.

Construction worker Delmer Joel Ramirez Palma was deported Friday, the US Immigration and Customs Enforcement agency confirmed. Ramirez survived the partial collapse of the New Orleans Hard Rock hotel in October. He had also been cooperating with a federal safety investigation into the incident.

Rep. Lee Zeldin: Democrats in impeachment probe are cherry-picking what to leak

House Democrats leading the Trump impeachment inquiry are "cherry-picking what to leak," House Foreign Affairs committee member Congressman Lee Zeldin, R-N.Y., claimed Saturday. Appearing on "Fox & Friends: Weekend" with host Ed Henry, Zeldin said Democrats aren't being upfront with the American public. They're lying about other claims and the American public gets completely deceived as a result of it," he said. At a fiery rally in Louisiana on Friday, the president hit back at Democrats' "witch hunt." This is one of the great con jobs ever. We must never let it happen to another president. This should never be allowed to happen again," he told his crowd of supporters.

Should AI be given control of nuclear weapons?

Louisiana Tech Research Institute researcher Adam Lowther and Air Force Institute of Technology associate dean Curtis McGiffin say their country needs a "dead hand" on the trigger to the world's largest arsenal of weapons. They argue that giving AI control over the weapons available at America's disposal would drastically reduce the response time needed for a retaliatory strike, something the pair say might be necessary as missiles become faster and harder to detect. Even if there was nobody left alive to order a nuclear strike AI could launch the weapons, guaranteeing mutually assured destruction and eliminating the possibility that your enemies could wipe you out quickly enough to prevent retaliation. It's certainly an idea, even if it sounds dangerously like the prologue of a film set in a future where the human race has been all but wiped out and replaced by robots. With new technologies come new considerations, there's technically nothing wrong with throwing out ideas.

A pair of researchers associated with the U.S. Air Force want to give nuclear codes to an artificial intelligence. Air Force Institute of Technology associate dean Curtis McGiffin and Louisiana Tech Research Institute researcher Adam Lowther, also affiliated with the Air Force, co-wrote an article -- with the ominous title "America Needs a'Dead Hand'" -- arguing that the United States needs to develop "an automated strategic response system based on artificial intelligence." In other words, they want to give an AI the nuclear codes. And yes, as the authors admit, it sure sounds a lot like the "Doomsday Machine" from Stanley Kubrick's 1964 satire "Dr. The "Dead Hand" referenced in the title refers to the Soviet Union's semiautomated system that would have launched nuclear weapons if certain conditions were met, including the death of the Union's leader. This time, though, the AI-powered system suggested by Lowther and McGiffin wouldn't even wait for a first strike against the U.S. to occur -- it would know what to do ahead of time. "[I]t may be necessary to develop a system based on artificial intelligence, with predetermined response decisions, that detects, decides, and directs strategic forces with such speed that the attack-time compression challenge does not place the United States in an impossible position," they wrote. The attack-time compression is the phenomenon that modern technologies, including highly sensitive radar and near instantaneous communication, drastically reduced the time between detection and decision time. The challenge: modern weapon technologies, particularly hypersonic cruise missiles and vehicles, cut the window even further. "These new technologies are shrinking America's senior-leader decision time to such a narrow window that it may soon be impossible to effectively detect, decide, and direct nuclear force in time," Lowther and McGiffin argue. The idea is to use an AI-powered solution to negate any surprise capabilities or advantages of retaliatory strikes of the enemy. It would replace what Lowther and McGiffin describe as a "system of systems, processes and people" that "must inevitably be capable of detecting launches anywhere in the world and have the ability to launch a nuclear strike against an adversary." Not surprisingly, points out Bulletin of the Atomic Scientists editor Matt Field, handing over the nuclear codes to an AI could have plenty of negative side effects. One of them is automation bias, as Field points out in his piece. People tend to blindly trust what machines are telling them, even favoring automated decision-making over human decision-making. And then there's the simple fact that the AI doesn't have much data to run on, Field argues. That means that most of the data fed to the AI would be simulated data. Strangelove" is anything to go by, as long as all major world powers are made aware of the automated system, it could keep them from attacking the United States. 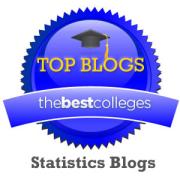 Statistics is a branch of mathematics that deals with the interpretation of data. Statisticians work in a wide variety of fields in both the private and the public sectors and can be found anywhere - Nevada, Washington, New Hampshire, Louisiana. They are teachers, consultants, watchdogs, journalists, designers, programmers, and by in large, ordinary people like you and me. In searching for the top statistics blogs on the web we only considered recently active blogs. In deciding which ones to include in our (admittedly unscientific) list of the 50 best statistics blogs we considered a range of factors, including visual appeal/aesthetics, frequency of posts, and accessibility to non-specialists.

Florida Eases Self-Driving Car Rules: Are States And Cities On The Hook For Mishaps?

Jurisdictions might be on-the-hook for their self-driving car laws that allow autonomous cars and for which might get into mishaps or crashes. Florida just passed a law that widens the door for self-driving driverless cars to roam their public roadways and do so without any human back-up driver involved. Some see dangers afoot, others see progress and excitement. Ron DeSantis, governor of Florida, declared that by approving the new bill it showed that "Florida officially has an open-door policy to autonomous vehicle companies." There are now 29 states that have various driverless laws on their books, per the National Conference of State Legislatures: Alabama, Arkansas, California, Colorado, Connecticut, Florida, Georgia, Illinois, Indiana, Kentucky, Louisiana, Maine, Michigan, Mississippi, Nebraska, New York, Nevada, North Carolina, North Dakota, Oregon, Pennsylvania, South Carolina, Tennessee, Texas, Utah, Virginia, Vermont, Washington, and Wisconsin, plus Washington, D.C. Here's a question that some politicians and regulators are silently grappling with, albeit some think that they have the unarguably "right" answer and thusly have no need to lose sleep over the matter: Should states, counties, cities and townships be eagerly courting self-driving autonomous cars onto their public roadways, or should those jurisdictions be neutral about inviting them into their locales, or should they be highly questioning and require "proof until proven safe" before letting even one such autonomous car onto their turf?

From Eric the robot to Dorothy's slippers: 10 years of Kickstarter

The idea of Kickstarter first formed in the mind of Perry Chen in 2001. A native New Yorker, Chen was 25, living in New Orleans and working as a musician. He wanted to bring a pair of DJs he loved down to perform during Jazz Fest. He sorted out a venue, organised things with their management, but in the end the event didn't happen – Chen didn't have the funds to pay for the show if not enough people turned up. In his frustration, a thought occurred to him: "What if people could go to a website and pledge to buy tickets for a show? And if enough money was pledged, they would be charged and the show would happen. Over the years that followed, Chen held on to that simple idea. He moved back to New York in 2005, still more intent on making music than starting an internet company – he had no background in technology – but the thought wouldn't go away. He became friends with a music journalist, Yancey Strickler, who got sold on the idea, too. They talked about it with, Charles Adler, a designer and DJ, and the three of them formulated ideas and spoke to mates of mates who knew code or to people who might help fund such a thing. Eventually, in April 2009, eight years after the idea had first come to Chen, the three of them launched their website and waited at their laptops to see if other people thought it was a good idea too. In the first few days, a few emails trickled in, from people pitching ideas, wondering how the thing might work. And then, after a couple of weeks, a young singer-songwriter from Athens, Georgia, launched a project to fund her album, Allison Weiss Was Right All Along. "My name is Allison Weiss and I'm recording a new EP this summer.