If you look at the biggest technological breakthroughs of the past 100 years, what do you think of straight away? Whatever springs to mind at the moment, in about 20 years' time, you might want to think about adding the "artificial intelligence of things" to your list. The artificial intelligence of things (AIoT) promises to be one of the most exciting technology developments we've ever experienced. So much so, in fact, that it's likely to become a $3 trillion industry by 2024. Functioning as the convergence of artificial intelligence (AI) and the internet of things (IoT), the AIoT represents a new way of delivering AI -- taking it out of the data centre and embedding it directly in the devices we are surrounded by daily.

The trend toward greater focus on privacy issues has been going on for some time and is starting to come to a head. More restrictions on the sharing and merging of data on individuals has been leading to advertisers to look for effective ways to target and reach consumers, including using the use of behavioral targeting supplemented by the use of artificial intelligence (AI). At a time when privacy regulations are sometimes fragmented and confusing but changing, it is critically important for marketers to monitor changes in the regulatory environment. Against this backdrop, I interviewed Sheri Bachstein, IBM's Global Head of Watson Advertising to get her insights and predictions on the future of privacy regulation and how it will affect advertisers, particularly as regards the use of AI and came away with three major takeaways: The European Union's General Data Protection Regulation and the California Consumer Privacy Act are already leading to the devaluation of traditional third-party cookies and the way many advertisers do business. Yet, the lack of uniform regulation creates a significant gray area for companies who want to scale and use AI in targeting, creating problems for technology companies and marketers. Bachstein believes that federal legislation as opposed to a patchwork of state laws is needed in order to allow for standards that allow marketers to operate effectively while protecting consumer rights.

IBM is a multinational technology company founded in 1911 and operates in over 170 countries worldwide. Today, IBM offers a wide spectrum of products and services that includes software solutions, hardware architecture (server and storage architecture), business and technology services, and global financing solutions. As a data driven-company, IBM understands the importance of data and data analytics at every layer of organization to drive better business decisions. Also, a leading provider of Analytics and Cloud-based solutions, IBM offers a full stack of cloud-based products and services spanning across data analytics, storage, AI, IoT, and blockchain. Check out this article about the Microsoft Data Scientist interview!

Efforts to benchmark computer systems, known as MLPerf, are essential to measure the expanding world of artificial intelligence silicon, according to Jeff Dean, head of AI efforts at Google, but the benchmarks will also have to evolve to better reflect real-world concerns. If computer systems are to evolve to handle ever larger machine learning models, a standard way to compare the effectiveness of those systems is essential, according to Google head of AI, Jeff Dean. But that system of measurement itself must evolve over time, he said. "I think the MLPerf benchmark suite is actually going to be very effective," said Dean, in an interview with ZDNet, last week, referring to the consortium of commercial and academic organizations known as MLPerf, founded within the last few years. The MLPerf group have formulated test suites that measure how different systems do on various AI tasks such as the number of image "convolutions" per second.

Discover the hidden side of everything with Stephen J. Dubner, co-author of the Freakonomics books. Each week, Freakonomics Radio tells you things you always thought you knew (but didn't) and things you never thought you wanted to know (but do) -- from the economics of sleep to how to become great at just about anything. Dubner speaks with Nobel laureates and provocateurs, intellectuals and entrepreneurs, and various other underachievers. Special features include series like "The Secret Life of a C.E.O." as well as a live game show, "Tell Me Something I Don't Know." 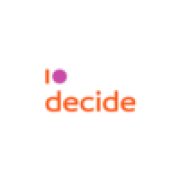 In recent years, the use of certain terms to refer to new technology trends has become normal. We can find plenty of news on artificial intelligence (AI), machine learning, Big Data and advanced analytics, for example. But what does each of these terms mean? And, what do they mean in a business sense? Over time, I've frequently found that there is some confusion about what these technologies cover and what they do.

Data science, analytics, and machine learning are growing at an astronomical rate and companies are now looking for professionals who can sift through the goldmine of data and help them drive swift business decisions efficiently. IBM predicts that by 2020, the number of jobs for all U.S. data professionals will increase by 364,000 openings to 2,720,000. We caught up with Eric Taylor, Senior Data Scientist at CircleUp in a Simplilearn Fireside Chat to find out what makes data science such an exciting field and what skills will help professionals gain a strong foothold in this fast-growing domain. Watch the complete Fireside Chat recording here or read on to find out everything new and exciting about data science. People have tried to define data science for over a decade now, and the best way to answer the question is probably via a Venn diagram.

Max Life Insurance embarked on the digital journey about 4 years ago with disproportionate focus on digitizing the customer acquisition and servicing processes by leveraging AI, Big data and other evolving technologies. The Digital Centre of Excellence is driving the digital transformations across Max Life Insurance to facilitate a frictionless customer journey. In an interview with ETCIO, Manik Nangia, Chief Digital Officer & Director Marketing, Max Life Insurance shares how traditional on-ground sales oriented insurance sector is stepping towards customer ease of digital evolution. He further reveals the road map of driving the digital culture by leveraging AI and Big data analytics. "The moment you can reduce the distance between a company and the customer to zero, that is digital.

Can you tell me about yourself and your job role? My key responsibility is leading the company's product strategy and roadmap. One of my main areas of focus is looking at the future state of the IT and deciding what role SnapLogic can play and where we can drive impact for our customers. I've been working in the integration space for more than a decade. Before SnapLogic, I led product teams at Oracle, Cognos, Powersoft, Sybase, among others.