How Much Does GM's Electric GMC Hummer EV Truck Cost Vs Tesla's Cybertruck?

General Motors (GM) has finally taken the wraps off its 2022 GMC Hummer EV as it looks to take on Tesla's (TSLA) Cybertruck. While the two trucks will rival each other in the electric truck market, they have distinct differences that may sway consumers one way or the other. GM is selling the first edition of the GMC Hummer EV for $112,595 in contrast to Tesla's Cybertruck, which has a price range of $39,900 to $69,900, depending on the motor configuration. The Cybertruck's self-driving system is another $8,000 more while GM's includes Super Cruise – a driver assist feature – on the Hummer EV. GM said it will begin production of the GMC Hummer EV in late 2021 at its Detroit-Hamtramck Assembly Center in Michigan.

A University of Michigan-led research team has uncovered a neural network that enables Drosophila melanogaster fruit flies to convert external stimuli of varying intensities into a "yes or no" decision about when to act. The research, described in Current Biology, helps to decode the biological mechanism that the fruit fly nervous system uses to convert a gradient of sensory information into a binary behavioral response. The findings offer up new insights that may be relevant to how such decisions work in other species, and could possibly even be applied to help artificial intelligence machines learn to categorize information. Senior study author Bing Ye, PhD, a faculty member at the University of Michigan Life Science Institute (LSI), believes the mechanism uncovered could have far-reaching applications. "There is a dominant idea in our field that these decisions are made by the accumulation of evidence, which takes time," Ye said.

With to-do list checked off, U.S. physicists ask, 'What's next? 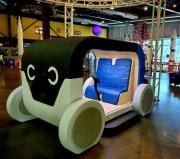 Oct. 6, 2020--Partners for Automated Vehicle Education (PAVE) held a Sept. 23 webinar on promoting autonomous vehicle technology. The guest speakers, Lucinda Yuen with Ford Motor Company, and Rebecca Posner with the Center for Connected Autonomous Vehicles (CCAV) in the United Kingdom, spoke about AV museum exhibits that they'd helped create. Both exhibits aim to get people comfortable with the idea of AV technology and to inform the public about the power, versatility, and potential of the tech. The exhibits are at the Michigan Science Center in Detroit, and the Science Museum in London. Both are interactive exhibits that allow people to engage with and learn from the technology in a personal way.

To enable situated human-robot dialogue, techniques to support grounded language communication are essential. One particular challenge is to ground human language to robot internal representation of the physical world. Although copresent in a shared environment, humans and robots have mismatched capabilities in reasoning, perception, and action. Their representations of the shared environment and joint tasks are significantly misaligned. Humans and robots will need to make extra effort to bridge the gap and strive for a common ground of the shared world.

Learn online and earn valuable credentials from top universities like Yale, Michigan, Stanford, and leading companies like Google and IBM. Join Coursera for free and transform your career with degrees, certificates, Specializations, & MOOCs in data science, computer science, business, and dozens of other topics. 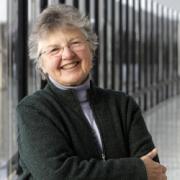 Frances E. Allen, an American computer scientist, ACM Fellow, and the first female recipient of the ACM A.M. Turing Award (2006), passed away on Aug. 4, 2020--her 88th birthday--from complications of Alzheimer's disease. Allen was raised on a dairy farm in Peru, NY, without running water or electricity. She received a BS degree in mathematics from the New York State College for Teachers (now the State University of New York at Albany). Inspired by a beloved math teacher, and by the example of her mother, who had also been a grade-school teacher, Allen started teaching high school math. She needed a master's degree to be certified, so she enrolled in a mathematics master's program at the University of Michigan.

Fox News Flash top headlines are here. Check out what's clicking on Foxnews.com. A Michigan man was arrested Wednesday night after apparently jumping a Detroit drawbridge in "Dukes of Hazzard" fashion, according to multiple reports. The Allen Park driver, 26, was behind the wheel of a Dodge sedan when he accelerated and attempted to cross the Fort Street bascule bridge around 7 p.m. on Wednesday -- as it was rising. "I looked, I said, 'No he ain't,'" drawbridge operator Andre Locke told Detroit's WDIV-TV.