A simple eye exam combined with powerful artificial intelligence (AI) machine learning technology could provide early detection of Parkinson's disease, according to research being presented at the annual meeting of the Radiological Society of North America (RSNA). Parkinson's disease is a progressive disorder of the central nervous system that affects millions of people worldwide. Diagnosis is typically based on symptoms like tremors, muscle stiffness and impaired balance--an approach that has significant limitations. "The issue with that method is that patients usually develop symptoms only after prolonged progression with significant injury to dopamine brain neurons," said study lead author Maximillian Diaz, a biomedical engineering Ph.D. student at the University of Florida in Gainesville, Florida. "This means that we are diagnosing patients late in the disease process." Disease progression is characterized by nerve cell decay that thins the walls of the retina, the layer of tissue that lines the back of the eyeball.

General Hospital has saved $40 million in system-wide reduced inefficiencies since launching its CareComm artificial intelligence command center with GE Healthcare's software in August 2019. The program has helped TGH operate at maximum capacity, decrease average length of stay and reduced emergency room diversion by 25 percent for its Level 1 trauma center, according to an Oct. 29 news release. "CareComm is not only the center of gravity for our artificial intelligence platform, it's the center of gravity for the entire hospital system," said John Couris, CEO of TGH. "We feel sometimes that to fix a problem, we've got to build a building or build more capacity. We started to think a little differently saying, how do we drive value to the consumer by doing better with what we have and not just simply building more." 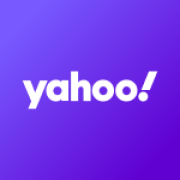 U.S. Space Force officials swear in first recruits for the defense branch on'Fox & amp; Friends.' CAPE CANAVERAL, Fla. – A NASA spacecraft is stuffed with so much asteroid rubble from this week's grab that it's jammed open and precious particles are drifting away in space, scientists said Friday. Scientists announced the news three days after the spacecraft named Osiris-Rex briefly touched asteroid Bennu, NASA's first attempt at such a mission. The mission's lead scientist, Dante Lauretta of the University of Arizona, said Tuesday's operation 200 million miles away collected far more material than expected for return to Earth -- in the hundreds of grams. The sample container on the end of the robot arm penetrated so deeply into the asteroid and with such force, however, that rocks got sucked in and became wedged around the rim of the lid. In this image taken from video released by NASA, the Osiris-Rex spacecraft touches the surface of asteroid Bennu on Tuesday, Oct. 20, 2020.

Cape Canaveral, Florida – A NASA spacecraft is stuffed with so much asteroid rubble from this week's grab that it's jammed open and precious particles are drifting away in space, scientists said Friday. Scientists announced the news three days after the spacecraft named Osiris-Rex briefly touched asteroid Bennu, NASA's first attempt at such a mission. The mission's lead scientist, Dante Lauretta of the University of Arizona, said Tuesday's operation 200 million miles away collected far more material than expected for return to Earth – in the hundreds of grams. The sample container on the end of the robot arm penetrated so deeply into the asteroid and with such force, however, that rocks got sucked in and became wedged around the rim of the lid. Scientists estimate the sampler pressed as much as 19 inches (48 centimeters) into the rough, crumbly, black terrain. 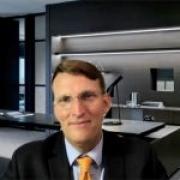 MIAMI, FLORIDA – AUGUST 19: A sign is seen outside of a Target store on August 19, 2020 in Miami, Florida. The Terminator, a symbol of artificial intelligence run amok, famously declared that he would be back. Three and a half decades later, it turns out repeat business is at the heart of AI. In the years since, consumers have grown more comfortable sharing their data, especially as they crave more personalization. Now, with Covid-19 propelling shopping online--replete with tracking cookies and apps--we've reached a key moment.

The Pittsburgh space robotics company Astrobotic has delivered its CubeRover to NASA's Kennedy Space Center in Florida, where the robot will undergo a battery of mobility and drop tests in a simulated lunar terrain. Co-developed by Astrobotic and Carnegie Mellon University with input from a NASA Kennedy team, CubeRover is a small, light robotic rover designed as an affordable mobile platform for scientific instruments and other payloads to operate on the surface of the moon. "Because our CubeRover is so light -- in the four-kilogram range -- it dramatically reduces flight cost, making the moon more accessible to more customers," said Mike Provenzano, Astrobotic's director of planetary mobility. CubeRover is a commercial version of Iris, a CMU-built rover scheduled to land on the moon as early as next summer.

The RoboCup Rescue Physical Agent League Competition was held in the summer of 2001 in conjunction with the AAAI Mobile Robot Competition Urban Search and Rescue event, eerily preceding the September 11 World Trade Center (WTC) disaster. Four teams responded to the WTC disaster through the auspices of the Center for Robot-Assisted Search and Rescue (CRASAR), directed by John Blitch. The four teams were Foster- Miller and iRobot (both robot manufacturers from the Boston area), the United States Navy's Space Warfare Center (SPAWAR) group from San Diego, and the University of South Florida (USF). Blitch, through his position as program manager for the Defense Advanced Research Projects Agency (DARPA) Tactical Mobile Robots Program, was a supporter of the competition; he also served as a member of the rules committee and a judge. USF participated by chairing the rules committee, judging, assisting with the logistics, providing commentary, and demonstrating tethered and wireless robots whenever entrants had to skip around during the competition.

The Electrical Systems Division at the NASA Kennedy Space Center has developed and deployed an agent-based tool to monitor the space shuttle's ground processing telemetry stream. The agent provides autonomous monitoring of the telemetry stream and automatically alerts system engineers when predefined criteria have been met. Efficiency and safety are improved through increased automation. Sandia National Labs' Java Expert System Shell is employed as the rule engine. The shell's predicate logic lends itself well to capturing the heuristics and specifying the engineering rules of this spaceport domain.

FORT LAUDERDALE, Fla. -- Wearing his signature hoodie and beanie, an earbud casually hanging from one ear, passionate Parkland teen Joaquin Oliver urges his peers to vote for lawmakers who will end gun violence in a new video released Friday. Next month's election would have been his first chance to vote. The 17-year-old's mannerisms and vernacular "yo, it's me" are shockingly life like, but it is just a mirage -- a realistic, almost eerie artificial intelligence re-creation of the teen who was among the 17 killed in the 2018 Valentine's Day massacre at Marjory Stoneman Douglas High School in Florida, the worst school shooting in history. From the grave, the teen is now begging his peers to cast the vote that he will never cast. "I've been gone for two years and nothing's changed, bro. People are still getting killed by guns," he implores in the video created by his parents' charity to end gun violence.