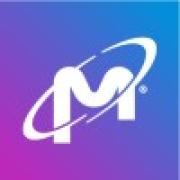 Micron's vision is to transform how the world uses information to enrich life for all. Join an inclusive team focused on one thing: using our expertise in the relentless pursuit of innovation for customers and partners. The solutions we create help make everything from virtual reality experiences to breakthroughs in neural networks possible. We do it all while committing to integrity, sustainability, and giving back to our communities. Because doing so can spark the very innovation we are pursuing.

In an effort to be the first organization to bring true artificial intelligence (AI) to the 401k market, The 401(k) Plan Company recently announced a minority investment in Unanimous AI to help elevate human decision-making in the workplace for HR partners, CFOs and plan participants. San Francisco-based Unanimous AI builds technologies that amplify human intelligence using technologies modeled on the biological principle of Swarm Intelligence. Unanimous AI in late October announced it has been awarded three new U.S. Patents covering its unique AI technology aimed at amplifying the intelligence of human groups. Swarm AI technology from Unanimous is a combination of real-time human input and AI algorithms, which the company says enables networked groups of people to think together as super-intelligent systems. Under terms of the deal, The 401(k) Plan Company will make Unanimous AI's capabilities available to employers seeking to evolve through the remote workforce considerations, empowering teams to make significantly better decisions. "AI has the power to replace humans, or to amplify their best work.

Socialeads, Inc. has announced $1,750,000 in new funding from existing investors Northwestern Mutual and Winnebago Seed Fund along with new investors Cameron Ventures, Rock River Capital and Silicon Valley's Plug & Play Ventures. The funds will be used to grow the sales and client success teams to meet the growing demand for Socialeads in field sales organizations in both domestic and international markets. In addition to the new round of funding, Socialeads is proud to announce the onboarding of enterprise customers Northwestern Mutual and TruChoice Financial, allowing for deployment of Socialeads to their respective field advisors. Socialeads is a part of Plug & Play Ventures Insurtech program and has successfully launched pilots with several large insurance companies in the US and abroad. "We are excited to share this part of our journey with our new investors and to see growing support from Wisconsinfunds like Rock River Capital," said Larry Hitchcock, co-founder and CEO.

Position Description We seek an experienced scientist to advance our research at the University of California, Los Angeles Department of Neurosurgery in the laboratory of Dr. Itzhak Fried. Dr. Fried's research involves the investigations of the neural mechanisms of memory and cognition in humans. We collect and analyze electrophysiological data including single neuron activity and local field potentials from human epilepsy patients during a variety of memory and cognitive tasks, examine the relationships between neural signals and behavior, as well as the effects of electrical stimulation on neural signals and cognition. The successful applicant will be capable of: planning long-term timelines, conducting and coordinating multiple projects, supervising researchers in various stages of the projects, applying for grants, and presenting findings to the scientific community. Specific Responsibilities The successful candidate will work on multiple projects in parallel.

Relativity Space, a California-based company that can 3D print an entire rocket and can build large metal 3D printers, has now secured $300 million in a Series D funding round. Relativity Space is founded by Tim Ellis in the year 2015. It combines 3D printing, autonomous robotics, and Artificial Intelligence to build a rocket in less than 60 days. The company is as of now on its way to launch an entirely 3D printed rocket to orbit. The company has a team size of 230 employees.

Help dogs deal with separation anxiety with this AI trainer

Dog training generally requires a human dog trainer, but what if it didn't and delivered better results? That's the promise of a startup called Companion Labs that has unveiled its first AI-driven dog-training machine in conjunction with the San Francisco SPCA. The CompanionPro trainer looks like a Soviet-era space heater but contains image sensors, a Google Edge TPU AI processor, wireless connectivity, lights, a speaker and a proprietary "treat launcher" that delivers all-important training rewards. Computer vision is key to how the machine works, detecting a dog's comportment in real time to tune its delivery of rewards to reinforce desired behavior. It remains to be seen how well it can approximate the experience of a skilled human trainer, though SF SPCA says it will soon release a peer-reviewed case study on how the machine worked with one dog suffering from separation anxiety which, by definition, manifests itself when no trainer is around to address it.

Concordia University in Irvine will discontinue its use of antigen testing for asymptomatic students and employees, after more than 50 false positives prompted unwarranted concern about a possible major coronavirus outbreak. As of Wednesday, university officials said there were six active cases -- four students and two employees -- on campus as opposed to the more than 60 infections reported two days ago. Testing in another six cases has not been confirmed, and 55 students and employees have been confirmed as negative for the virus, they said. Campus officials had canceled athletic practices and urged against out-of-state travel for Thanksgiving because of the erroneous test results, which were preliminary pending confirmation from an outside lab. The university previously had been posting only confirmed test results on its COVID-19 dashboard, but made an exception for the unconfirmed numbers because of the indication of a "potential outbreak."

Only 4 percent of all cancer therapeutic drugs under development earn final approval by the U.S. Food and Drug Administration (FDA). "That's because right now we can't match the right combination of drugs to the right patients in a smart way," said Trey Ideker, Ph.D., professor at University of California San Diego School of Medicine and Moores Cancer Center. "And especially for cancer, where we can't always predict which drugs will work best given the unique, complex inner workings of a person's tumor cells." In a paper published October 20, 2020 in Cancer Cell, Ideker and Brent Kuenzi, Ph.D., and Jisoo Park, Ph.D., postdoctoral researchers in his lab, describe DrugCell, a new artificial intelligence (AI) system they created that not only matches tumors to the best drug combinations, but does so in a way that makes sense to humans. "Most AI systems are'black boxes'--they can be very predictive, but we don't actually know all that much about how they work," said Ideker, who is also co-director of the Cancer Cell Map Initiative and the National Resource for Network Biology.

HYPR is testing its self-learning autonomous driving system in a modified Daimler Smart Car. As Zoox, the secretive robotaxi developer recently acquired by Amazon, gets ready to unveil its futuristic fleet vehicle, its former CEO who dreamed up the company is re-emerging with a new startup that's designing AI-enabled software he hopes will allow cars to "teach themselves" to drive. Early-stage HYPR, created by Zoox cofounder Tim Kentley Klay, says it's using reinforcement learning, a branch of machine learning that utilizes a reward-based approach, to train driving algorithms dynamically–ideally with no need for direct human instruction or supervision. The Alameda, California-based startup has raised a $10 million seed round and begun testing its approach with a modified Daimler Smart Car. Backers include R7 Ventures and Australian billionaire Andrew Forrest.