Created by Andrei Neagoie English [Auto] Students also bought The Complete Web Developer in 2020: Zero to Mastery Deno: The Complete Guide Zero to Mastery Learning to Learn [Efficient Learning]: Zero to Mastery Break Away: Programming And Coding Interviews How to Make Films With an iPhone: For Beginners Master the Coding Interview: Data Structures Algorithms Preview this course GET COUPON CODE Description This is a brand new Machine Learning and Data Science course just launched January 2020 and updated this month with the latest trends and skills! Become a complete Data Scientist and Machine Learning engineer! Join a live online community of 270,000 engineers and a course taught by industry experts that have actually worked for large companies in places like Silicon Valley and Toronto. Graduates of Andrei's courses are now working at Google, Tesla, Amazon, Apple, IBM, JP Morgan, Facebook, other top tech companies. Learn Data Science and Machine Learning from scratch, get hired, and have fun along the way with the most modern, up-to-date Data Science course on Udemy (we use the latest version of Python, Tensorflow 2.0 and other libraries).

That year, numerous experienced computer chip designers set out on their own to design novel kinds of parts to improve the performance of artificial intelligence. It's taken a few years, but the world is finally seeing what those young hopefuls have been working on. The new chips coming out suggest, as ZDNet has reported in past, that AI is totally changing the nature of computing. It also suggests that changes in computing are going to have an effect on how artificial intelligence programs, such as deep learning neural networks, are designed. Case in point, startup Tenstorrent, founded in 2016 and headquartered in Toronto, Canada, on Thursday unveiled its first chip, "Grayskull," at a microprocessor conference run by the legendary computer chip analysis firm The Linley Group. 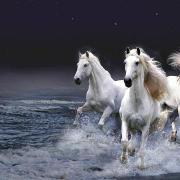 "Read enough so you start developing intuitions and then trust your intuitions and go for it!" If you find a course that fits in any of the above categories (i.e. DL, ML, RL, CV, NLP), and the course has lecture videos (with slides being optional), then please raise an issue or send a PR by updating the course according to the above format.

The Canadian artificial intelligence (AI) industry has been growing fast, and the country has been aiming for more through massive AI research. There are signs all over that Canada is already having an AI-driven digital economy as cities are emerging as hubs for AI labs and deep learning research. There is an increase in the number of AI startups in cities such as Montreal, Vancouver, and Toronto, among others. Canada has become a breeding ground for AI innovations. Inc. (NASDAQ: AMZN), Intel Corp (NASDAQ: INTC), and Uber Technologies (NYSE: UBER) have invested significantly in AI research in the country.

Artificial intelligence has to go in new directions if it's to realize the machine equivalent of common sense, and three of its most prominent proponents are in violent agreement about exactly how to do that. Yoshua Bengio of Canada's MILA institute, Geoffrey Hinton of the University of Toronto, and Yann LeCun of Facebook, who have called themselves co-conspirators in the revival of the once-moribund field of "deep learning," took the stage Sunday night at the Hilton hotel in midtown Manhattan for the 34th annual conference of the Association for the Advancement of Artificial Intelligence. The three, who were dubbed the "godfathers" of deep learning by the conference, were being honored for having received last year's Turing Award for lifetime achievements in computing. Each of the three scientists got a half-hour to talk, and each one acknowledged numerous shortcomings in deep learning, things such as "adversarial examples," where an object recognition system can be tricked into misidentifying an object just by adding noise to a picture. "There's been a lot of talk of the negatives about deep learning," LeCun noted.

Canada is open for AI business – some fear too open

The world's tech powers are sending giant sums of money spinning into Canada, but while many see this as a sign of success, others are worried about researchers and intellectual property being swallowed wholesale. The country is in the midst of an artificial intelligence (AI) boom, with Google, Microsoft, Facebook, Huawei and other global heavyweights spending millions or even hundreds of millions of dollars on research hubs in Quebec, Ontario and Alberta. Canadian doors are open – some fear too open. Jim Hinton, an IP lawyer and founder of the Own Innovation consultancy, reckons that more than half of all AI patents in Canada end up being owned by foreign companies. What we need to be doing is getting money out of our ideas ourselves, instead of seeing foreign talent scoop it all up," said Hinton. "Otherwise we'll never have a Canadian champion." The country is home to hundreds of fledgling AI companies, including much-talked-about start-ups like Element AI and Deep Genomics, but they remain relatively small. "They don't have a strong market position yet," Hinton says. Deep learning pioneers such as Yoshua Bengio and Geoffrey Hinton (no relation to Jim) have nurtured top-notch talent in AI in Canada for years, back when AI was an emerging field. But despite Canadian inheriting this brilliant AI lead from the country's AI "godfathers", big foreign players have an unassailable advantage over homegrown efforts, Hinton said. "It's not an easy go for the average company to make a business out of AI.