SoftBank Group selling Arm to Nvidia for up to $40 billion 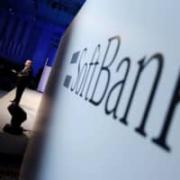 SoftBank Group said Monday it is selling British chip designer Arm Ltd. to U.S. chip company Nvidia for up to $40 billion, potentially creating a new giant in the industry. "We reached a final agreement with … Nvidia to sell all shares in Arm" at the value of up to $40 billion dollars (about ¥4.2 trillion), SoftBank said in a statement. The deal is subject to approval by authorities in several jurisdictions, including Britain, China, the United States and European Union, the statement added. If approved, it will be one of the biggest merger-acquisitions in the world this year and promises to propel Nvidia to the forefront of the semiconductor sector. Founded in 1990 in the United Kingdom, Arm specializes in microprocessors, and dominates the global smartphone market.

Cambridge University researchers have developed a "no-touch touchscreen" that uses artificial intelligence to predict a user's intention before their hand reaches the display. The screen was originally designed for use in cars, but the engineers who built it claim it could also have widespread applications during a pandemic. The "predictive touch" technology can be retrofitted to existing displays and could be used to prevent the spread of pathogens on touchscreens at supermarket check-outs, ATMs and ticket terminals at railway stations. Studies have shown that coronavirus can remain on plastic and glass for anywhere between two hours and a week, meaning touchscreens in public places need to be constantly disinfected to prevent transmission. "Touchscreens and other interactive displays are something most people use multiple times per day, but they can be difficult to use while in motion, whether that's driving a car or hanging the music on your phone while you're running," said Simon Godsill from the university's department of engineering.

Both races are setting the stage for the next dominant world power. While research into AI and quantum technologies is being developed on a worldwide scale, with advances coming from different countries, China and the United States (US) are at the forefront of both races, with these technologies forming important stepping stones for geopolitical power accumulation. Indeed, China is currently playing the game for supremacy on both quantum technologies and AI, trying to surpass the US and become the leading world power (Smith-Goodson, 2019). If China wins the race for quantum supremacy then it will be in a leading geostrategic position, since it will become the major dominant power in the next technological infrastructure, if, along with quantum supremacy, China achieves AI supremacy (both classical and quantum), then it may topple the US, Russia, Europe and Asian geopolitical competition vectors. On the other hand, this race is not restricted to countries, it is a global geostrategic and geoeconomic race that includes cooperative networks involving the academia and the private sectors as well, indeed, the US geostrategic position depends strongly upon the private sector's US-based large technology companies' investment in quantum technologies. Regarding the issue of quantum supremacy, it is relevant to consider Kirkland (2020)'s reflection, quoting: "(…) One thing remains unchanged (…) and that is the glaring reality that those who manage to successfully harness the power of quantum mechanics will have supremacy over the rest of the world. How do you think they will use it?"

Demonstration of Topological Data Analysis on a Quantum Processor

One of the effects of the ongoing trade war between the US and China is likely to be the accelerated development of what are being called "artificial intelligence chips", or AI chips for short, also sometimes referred to as AI accelerators. AI chips could play a critical role in economic growth going forward because they will inevitably feature in cars, which are becoming increasingly autonomous; smart homes, where electronic devices are becoming more intelligent; robotics, obviously; and many other technologies. AI chips, as the term suggests, refers to a new generation of microprocessors which are specifically designed to process artificial intelligence tasks faster, using less power. Obvious, you might think, but some might wonder what the difference between an AI chip and a regular chip would be when all chips of any type process zeros and ones – a typical processor, after all, is actually capable of AI tasks. Graphics-processing units are particularly good at AI-like tasks, which is why they form the basis for many of the AI chips being developed and offered today. Without getting out of our depth, while a general microprocessor is an all-purpose system, AI processors are embedded with logic gates and highly parallel calculation systems that are more suited to typical AI tasks such as image processing, machine vision, machine learning, deep learning, artificial neural networks, and so on. Maybe one could use cars as metaphors. A general microprocessor is your typical family car that might have good speed and steering capabilities.

The superpowers of the new economy are also the buzz words changing how the world interacts: Artificial intelligence, the "internet of things" and edge computing are the megatrends dominating the conversation on both a business and a personal level. "Practical everyday things are being done in AI," said David Floyer, co-host of theCUBE, SiliconANGLE Media's mobile livestreaming studio. "It's going from being a niche to being just everyday use, and its impact long-term is profound." TheCUBE co-host Dave Vellante joined Floyer during today's Micron Insight event in San Francisco. They discussed recent developments in storage and memory, as well as the challenges and opportunities facing Micron Technology Inc. in the marketplace (see the full interview with transcript here).

H2O.ai, which is on a mission to "democratize" artificial intelligence for not just enterprises, but for "everyone," announced this morning a $72.5 million Series D. This round nearly doubles the amount the company had raised in previous financings combined over its lifetime. Goldman Sachs and the Ping An Global Voyager Fund out of China led the round, which also included participation from existing backers Wells Fargo, NVIDIA GPU Ventures and Nexus Venture Partners. As part of the financing, Jade Mandel, vice president of Goldman Sachs' principal strategic investments group, will be joining H2O.ai's board. The round brings H2O.ai's total raised since it was founded in 2012 to nearly $147 million. Wells Fargo and NVIDIA GPU Ventures led its $40 million Series C in November 2017.

Apple Watch: As smart watch's smart heart tracking features are turned on, Apple explains its turn to health and wellness

Since its launch in 2015, the Apple Watch has evolved with new features and capabilities. Now, thanks to a just-released software update, the latest model of Apple Watch, called Series 4, is capable of advanced heart measurements. These features have been available to Watch users in the United States for the last few months but have now been cleared by authorities in Europe as well. From today, in 19 European countries including the UK, Watch wearers can take an electrocardiogram right on their wrist. Apple has always had a strong interest in health and wellness, but the emphasis has grown in recent years and Apple Watch has been at the forefront.

Apple is planning to drop its existing screen technology across its iPhones, according to a new report. As well as meaning the latest OLED displays will come all of its phones, the technology could allow for radical new designs in the iPhone. Future models could include bendy screens, for instance, or allow them to be controlled in entirely different ways. The LCD display has been a fixture of the iPhone since it was first released in 2007. It has featured in just every model since, until the iPhone X arrived last year.

CES 2019: LG unveils futuristic roll-up TV that disappears into its base

LG has unveiled the world's first consumer-ready rollable television at the CES 2019 trade show in Las Vegas. The South Korean electronics giant said the "revolutionary form factor" of its Signature OLED TV R will define the next generation of television. A concept for the roll-up screen was first demonstrated at the world's biggest technology showcase in 2016 but it has taken three years to develop a commercially viable version of the television. The Signature OLED forms part of a new trend that has seen manufacturers attempt to diminish the presence of large televisions in the living room when they are not in use. Samsung's answer is Ambient Mode, a setting that blends the screen with the wall behind it when it is on standby.