A fundamental question at the intersection of learning theory and game theory is as follows: how should individually rational agents act when they have to learn about the consequences of their actions in the same uncertain environment? The emerging research area of multiplayer learning-- which explores this basic question and is motivated by a broad range of modern applications, from modeling competition among firms [Mansour et al., 2018, Aridor et al., 2019] to implementing protocols for wireless networks [Liu and Zhao, 2010, Cesa-Bianchi et al., 2016, Shahrampour et al., 2017]--has been of increasing interest. A particularly salient application is the online marketplace, which can often be modeled as a two-sided matching market with uncertainty. Examples include online labor markets (Upwork and TaskRabbit for freelancing, Handy for housecleaning), online crowdsourcing platforms (Amazon Mechanical Turk), and peer-to-peer platforms (Airbnb). The multi-armed bandit is a core learning problem in which a player is faced with a choice among K actions, each of which is associated with a reward distribution, and the goal is to learn which action has the highest reward, doing so as quickly as possible so as to be able to reap rewards even while the learning process is underway. To introduce a game-theoretic aspect into the bandit problem, it is natural to place the problem into the context of a two-way matching market, where the choices faced by the players are identified with the entities on the other side of the market, and where the need to realize a matching imposes economic constraints and incentives. Such a blend of bandit learning with two-sided matching markets was introduced by Liu et al. [2020], who formulated a problem in which the players and the arms form the two sides of the market, and each side has preferences over the other side.

In the complex, diverse insurance industry, it can be hard to reconcile theory and practice. Adapting new processes, systems, and strategies is always challenging. However, with the arrival of new opportunities driven insurtech, cultural transformation will go smoother. Insurance companies that are considering how to plug into the insurtech landscape should understand the various models within the innovation ecosystem. Carriers have to weigh their options carefully before choosing between incubators and accelerators, or venture capital and partnerships, when creating their best internal and external teams.

Complex applications such as big data analytics involve different forms of coupling relationships that reflect interactions between factors related to technical, business (domain-specific) and environmental (including socio-cultural and economic) aspects. There are diverse forms of couplings embedded in poor-structured and ill-structured data. Such couplings are ubiquitous, implicit and/or explicit, objective and/or subjective, heterogeneous and/or homogeneous, presenting complexities to existing learning systems in statistics, mathematics and computer sciences, such as typical dependency, association and correlation relationships. Modeling and learning such couplings thus is fundamental but challenging. This paper discusses the concept of coupling learning, focusing on the involvement of coupling relationships in learning systems. Coupling learning has great potential for building a deep understanding of the essence of business problems and handling challenges that have not been addressed well by existing learning theories and tools. This argument is verified by several case studies on coupling learning, including handling coupling in recommender systems, incorporating couplings into coupled clustering, coupling document clustering, coupled recommender algorithms and coupled behavior analysis for groups.

Many financial institutions are rapidly developing and adopting AI models. They're using the models to achieve new competitive advantages such as being able to make faster and more successful underwriting decisions. However, AI models introduce new risks. In a previous post, I describe why AI models increase risk exposure compared to the more traditional, rule-based models that have been in use for decades. In short, if AI models have been trained on biased data, lack explainability, or perform inadequately, they can expose organizations to as much as seven-figure losses or fines.

Credit scoring is without a doubt one of the oldest applications of analytics. In recent years, a multitude of sophisticated classification techniques have been developed to improve the statistical performance of credit scoring models. Instead of focusing on the techniques themselves, this paper leverages alternative data sources to enhance both statistical and economic model performance. The study demonstrates how including call networks, in the context of positive credit information, as a new Big Data source has added value in terms of profit by applying a profit measure and profit-based feature selection. A unique combination of datasets, including call-detail records, credit and debit account information of customers is used to create scorecards for credit card applicants. Call-detail records are used to build call networks and advanced social network analytics techniques are applied to propagate influence from prior defaulters throughout the network to produce influence scores. The results show that combining call-detail records with traditional data in credit scoring models significantly increases their performance when measured in AUC. In terms of profit, the best model is the one built with only calling behavior features. In addition, the calling behavior features are the most predictive in other models, both in terms of statistical and economic performance. The results have an impact in terms of ethical use of call-detail records, regulatory implications, financial inclusion, as well as data sharing and privacy.

Its impact is drastic and real: Youtube's AIdriven recommendation system would present sports videos for days if one happens to watch a live baseball game on the platform [1]; email writing becomes much faster with machine learning (ML) based auto-completion [2]; many businesses have adopted natural language processing based chatbots as part of their customer services [3]. AI has also greatly advanced human capabilities in complex decision-making processes ranging from determining how to allocate security resources to protect airports [4] to games such as poker [5] and Go [6]. All such tangible and stunning progress suggests that an "AI summer" is happening. As some put it, "AI is the new electricity" [7]. Meanwhile, in the past decade, an emerging theme in the AI research community is the so-called "AI for social good" (AI4SG): researchers aim at developing AI methods and tools to address problems at the societal level and improve the wellbeing of the society.

After explaining what AI is in general terms, I will now continue to explain how AI can help in everyday situations. Today, let's have a look at how AI and Big Data architecture can help coaches or sports enthusiasts in any sporting activity. As a coach, one thing you will need to do is first understand your client's body, ability, endurance and performance. In the beginning, your coaching work will be difficult because you will be giving advice based on your own experience but not personalized as you don't yet know the individual. The more you spend time with your client, the better and more efficient your coaching will become.

Data is of vital importance for innovation and economic growth in the Digital and AI Economy. The purpose of data- and AI-driven innovation is to develop new or significantly improve existing human centred products, processes, methods or services. Data Innovation Summit is the leading data and advanced analytics event in the Nordics, constructed so it equally addresses all the elements of data-driven and AI-ready business: data, people, processes, technology and provides a holistic insight to the entire spectre of the data-to- insight-to-action process from data collection to visualisation and automation. With over 120 Nordic and international speakers on six stages, six workshop stages and plenty of learning and networking activities in the exhibition area, the 2020 summit is the place to be for all professionals and organisations working with utilisation of data for increasing profit, reinventing business models, develop data-driven products, and increasing customer satisfaction. The sessions are both business and technical, presenting a clear business output of data science, analytics, ML and AI to enhance customer experience, improve business process, reinvent business models and create new ones. 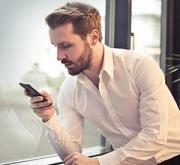 In the digital era, mobile and social media have become major channels for marketing. A fundamental difference from the pre-internet era is the concept of personal space. Mobile phone users consider their device to be their personal space -- and dislike intrusions into this space which are not relevant. Furthermore, this digital era is one of big data. With social media, mobile and internet activities continuously generating a huge amount of data, marketers have access to insights in different forms, coming from different sources and generated at different velocities.