Data Centers Need to Go Green - And AI Can Help

Climate change is here, and it's set to get much worse, experts say – and as a result, many industries have pledged to reduce their carbon footprints in the coming decades. Now, the recent jump in energy prices due mainly to the war in Ukraine, also emphasizes the need for development of cheap, renewable forms of energy from freely available sources, like the sun and wind – as opposed to reliance on fossil fuels controlled by nation-states. But going green is easier for some industries than for others,- and one area where it is likely to be a significant challenge is in data centers, which require huge amounts of electricity to cool off, in some cases, the millions of computers deployed. Growing consumer demand to reduce carbon output, along with rules that regulators are likely to impose in the near future, require companies that run data centers to take immediate steps to go green. And artificial intelligence, machine learning, neural networks, and other related technologies can help enterprises of all kinds achieve that goal, without having to spend huge sums to accomplish it. 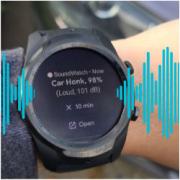 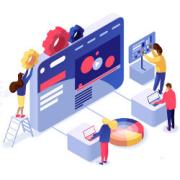 Incorporating ethics and legal compliance into data-driven algorithmic systems has been attracting significant attention from the computing research community, most notably under the umbrella of fair8 and interpretable16 machine learning. While important, much of this work has been limited in scope to the "last mile" of data analysis and has disregarded both the system's design, development, and use life cycle (What are we automating and why? Is the system working as intended? Are there any unforeseen consequences post-deployment?) and the data life cycle (Where did the data come from? How long is it valid and appropriate?). In this article, we argue two points. First, the decisions we make during data collection and preparation profoundly impact the robustness, fairness, and interpretability of the systems we build. Second, our responsibility for the operation of these systems does not stop when they are deployed. To make our discussion concrete, consider the use of predictive analytics in hiring. Automated hiring systems are seeing ever broader use and are as varied as the hiring practices themselves, ranging from resume screeners that claim to identify promising applicantsa to video and voice analysis tools that facilitate the interview processb and game-based assessments that promise to surface personality traits indicative of future success.c Bogen and Rieke5 describe the hiring process from the employer's point of view as a series of decisions that forms a funnel, with stages corresponding to sourcing, screening, interviewing, and selection. The hiring funnel is an example of an automated decision system--a data-driven, algorithm-assisted process that culminates in job offers to some candidates and rejections to others. The popularity of automated hiring systems is due in no small part to our collective quest for efficiency. 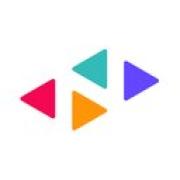 Technology is not showing signs of slowing down any time soon. As we move into cloud computing, big data, natural language processing and artificial intelligence, the employment sector is gearing up for a big boost in the number of opportunities. Organisations such as Google, Microsoft, Facebook and Apple are aggressively hiring people with expertise in these domains, which makes them highly lucrative. Artificial intelligence is particularly on the cusp of a breakthrough. Technologies such as machine learning, neural networks, genetic algorithms and deep learning are receiving a lot of spotlight.

Artificial intelligence (AI) is better at hiring staff than human bosses, but companies still don't trust it in the recruitment process, a new study finds. Researchers in London have conducted a review of previous studies that assessed the effectiveness of AI as a recruitment tool. They found AI is'equal to or better than' human recruiters when it comes to hiring people who go on to perform well at work. Although AI had limited abilities in predicting employee outcomes after they were hired, AI is'fairer' and marked a substantial improvement over humans, they reveal. AI also boosts the'fill-rate' for open positions and is'mostly better than humans' at improving diversity in the workplace.

Data Science, Artificial Intelligence, Analytics, and Machine Learning at the Enterprise scale are terms you've probably heard before. But what do they mean? We break it down for you in this blog. So, What Is Data Science? Data Science is a series of disciplines, technology, skills, expertise, and knowledge that encompass one thing: obtaining and preparing data for analysis.

Networking plays a critical role in one's professional life, particularly for people who depend on experts' opinions and hold curiosity about lived experiences.LinkedIn lets users connect to people of their choice, exchange ideas, or collaborate on projects. However, communicating directly with them comes at a price. Email messages for LinkedIn where users can message users directly is a premium feature. LinkedIn groups play a vital role in bringing together the tech enthusiasts to collaborate and brainstorm ideas; and it works particularly well in areas like artificial intelligence and machine learning, where you can get inputs from people who are experienced enough to instill a sense of direction and provide significant insights. It is a collaborative group of AI researchers who work on next-generation machine intelligence.