AI's Increasing Role In Customer Service: Notes from a VP of CX

Customer service is absolutely imperative to a business' success. Luckily, opportunities to generate amazing customer service experiences have skyrocketed in recent years. We're now able to do more with less. And much of that is thanks to AI. The biggest problem with AI, though, is that people get really excited and think, "Oh I need AI", but they don't really know what AI is or how to use it.

At I/O 2021, Google reiterated its commitment to Matter with a handful of smart home-related Nest and Android updates. If you need a refresher, Matter was known as Project CHIP, or Connected Home over IP, before a rebranding this past May. It's a pact between some of the biggest companies in tech, including Google, Amazon and Apple, that aims to bring standardization to the fragmented smart home space. When it launches in the first half of 2022, it will support a variety of voice assistants and networking protocols, including Alexa, Google Assistant, Siri as well as WiFi, Thread and Bluetooth LE. At its simplest, the promise of Matter is that you'll be able to buy a new device and it will simply work with your existing smart home setup.

How can I use artificial intelligence (AI) for marketing?

Artificial intelligence (AI) is transforming the landscape of 21st century marketing. Long gone are the days of throwing spaghetti on the wall and shooting in the dark to acquire new customers and to regain their business. With the amount of data growing exponentially on a daily basis, AI can help businesses scale their marketing efforts and leverage the data for actionable insights leading to greater ROI. Look up the term "marketing" and you'll find something that mentions actions or activities involving a business or company, promoting or selling products or services. Is that something that you or your company does? 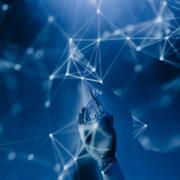 Being one of the recurring themes of science fiction, we all have at least a vague idea of what Artificial Intelligence (AI) is. In countless novels and movies, often in the guise of an ominous and threatening machine, other times instead portrayed as a technology so futuristic as to seem almost unattainable, AI has risen to the role of a mysterious entity that mostly belongs to fiction. At least, this was the scenario a few years ago. More recently, in fact, we all came to know AI by witnessing its expansion and pervasiveness to a point where it constitutes a substantial part of our daily interactions, either via smart assistants (e.g., Amazon's Alexa or Apple's Siri, just to name a few), or even by the AI-powered features of our smartphones (e.g., facial and fingerprint screen unlocking, or photo enrichment), not to mention self-driving cars. However, despite being already deployed in millions of products and services around the world, AI is still something obscure.

The Anker Eufy RoboVac G30 Verge robot vacuum is on sale for $149 at Walmart, down from $349.99. The Black Friday fairy has come early to Walmart, and with it comes some awesome deals on our favorite products, like robot vacuums. As of Oct. 20 (yes, more than a month before Black Friday), the Eufy RoboVac G30 Verge robot vacuum is discounted $200, dropping the price down to $149. This robot vacuum has home mapping, which learns your home's layout and strategically cleans it rather than cleaning in a random pattern. It's app-controlled, so you can start and stop cleans, set schedules, and see where the robot cleaned all from your phone. You can also set it up with Amazon Alexa or Google Assistant for voice-controlled cleaning.

A TikTok video showing a woman's shock at how much voice data Amazon has collected on her has received millions of views and been liked hundreds of thousands of times. "I requested all the data Amazon has on me and here's what I found", she said in a video. The woman has two Amazon Echo Dot speakers and another Echo device to control her smart home lightbulbs. "When I downloaded the ZIP file these are all the folders it came with," she said. The audio files reveal thousands of short voice clips, which she describes as "so scary".

In addition to the new Pixel 6 and Pixel 6 Pro, Google also released more details about new capabilities that its Tensor chip enables. One of them is a much more intelligent way of handling those calls to businesses that sometimes have you waiting hours on end just to speak to a representative. Now, the Pixel will show you the current and projected wait times before you even place a call so you can call when it works for you. Additionally, when you do call and encounter an endless list of options (like, "Press 1 for branch location and hours" if you're calling a bank), you don't need to remember all of them carefully. Instead, Google will listen to them for you and show the automated menu options on the screen for you to tap.

How can I use artificial intelligence (AI) for marketing?

Artificial intelligence (AI) is transforming the landscape of 21st century marketing. Long gone are the days of throwing spaghetti on the wall and shooting in the dark to acquire new customers and to regain their business. With the amount of data growing exponentially on a daily basis, AI can help businesses scale their marketing efforts and leverage the data for actionable insights leading to greater ROI. Look up the term "marketing" and you'll find something that mentions actions or activities involving a business or company, promoting or selling products or services. Is that something that you or your company does?

Apple Music's new 'Voice Plan' is cheaper, but you have to use Siri

Apple announced a new Apple Music subscription tier dubbed the Voice Plan at its October event. At $4.99 a month, the Voice Plan is the least expensive Apple Music subscription option to date. During the livestream, Apple Music host Zane Lowe appeared thrilled to announce that with the Voice Plan, you "use only your voice and the power of Siri," perhaps forgetting that some people prefer to type in their song searches -- or literally are unable to speak. Mashable confirmed that for subscribers of the Voice Plan, full playback from search only works via voice. There are a few tap-to-play options, however, like everything in the Radio tab and previously purchased or uploaded content in a user's library.