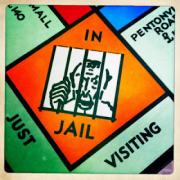 As already explored previously in this blog, I experience different reactions to webchat. Some organisations love it, others shun it, as it's not really channel shift. Sometimes the webchat experience is very good and the customer (or prospect) receives their advice in a timely way. On other occasions, it can be a bit like the disjointed one below. You can see how webchat using customer services operators, can fall well short. That's why webchat is becoming superseded by the chatbot.

In 1950, the ingenious computer scientist Alan Turing proposed a thought experiment he called the Imitation Game. An interviewer converses via typewriter with two subjects, knowing one is human and the other a machine. If a machine could consistently fool the interviewer into believing it was the human, Turing suggested, we might speak of it as capable of something like thinking. Whether machines could actually think, Turing believed, was a question "too meaningless to deserve discussion." Nonetheless, the "Turing test" became a benchmark for machine intelligence.

Prior to the epidemic, AI implementation in the banking industry was extremely sluggish. When the world came to a halt, financial firms and their associates throughout the world were finally compelled to automate the remainder of their banking operations and make them truly consumer-centric. What does the world of 2022 hold? Here are some of the finest fintech trends to keep a watch on in 2022! This or that, digital banking and fintech companies are anticipated worldwide to only keep going up.

Artificial Intelligence Market 2022 Expected to Grow at a CAGR of 26.1% with Renowned Players by Till 2029 - Digital Journal

For each of the aforementioned regions and countries, detailed analysis and data for annual revenue (demand and production) are available for 2020-2027. The breakdown of all regional markets by country and the key national markets by Technology, Component, and Industry Vertical over the forecast years are also included.

How AI And RPA Revamp The Insurance Industry Process

As the industries are getting digitized more and more, most insurance companies constantly invest in IT services to serve their customers better. According to the Mckinsey report, the insurance companies will increase their investments by 200% in RPA and AI. Today's post will focus on how a new generation of technology like Artificial Intelligence (AI) and Robotic process automation (RPA) will revamp the entire insurance industry. Moreover, we will also discuss how they are changing many existing processes and replacing traditional roles with intelligent software, helping adapt to changes. Artificial intelligence covers various technologies, including machine learning, deep learning, natural language processing (NLP), and natural language generation (NLG).

TechScape: why you shouldn't worry about sentient AI … yet

Blake Lemoine, an AI researcher at Google, is convinced the company has created intelligence. The technology giant placed Blake Lemoine on leave last week after he published transcripts of conversations between himself, a Google "collaborator", and the company's LaMDA (language model for dialogue applications) chatbot development system. Lemoine, an engineer for Google's responsible AI organization, described the system he has been working on since last fall as sentient, with a perception of, and ability to, express thoughts and feelings that was equivalent to a human child. "If I didn't know exactly what it was, which is this computer program we built recently, I'd think it was a seven-year-old, eight-year-old kid that happens to know physics," Lemoine, 41, told the Washington Post. The transcript published by Lemoine is fascinating, but I, and many of his peers, think he is fundamentally wrong in viewing it as evidence of intellect, let alone sentience. You can read the whole thing online, but the section that has sparked many people's interest is when he asks LaMDA to describe its own sense of self: If you were going to draw an abstract image of who you see yourself to be in your mind's eye, what would that abstract picture look like?

Machine learning (ML) has enabled a whole host of innovations and new business models in fintech, driving breakthroughs in areas such as personalized wealth management, automated fraud detection, and real-time small business accounting tools. For a long time, one of the most significant challenges of machine learning has been the amount and quality of data that is required to train machine learning models. Recent developments of Transformer architectures, however, have started to change this equation. Transformer-based models like BERT (Bidirectional Encoder Representations from Transformers, developed at Google) and GPT (Generative Pre-Training, developed at OpenAI) have brought about the biggest changes in machine learning in recent years. These technologies were initially developed to process natural language data but are now creating exciting new opportunities across many applications, including fintech. Want to learn the fundamental building blocks of Data Modeling?

How AI And ML Are Changing The Real Estate Sector

In addition, the real estate field, like many others, is transitioning to a "data-driven" world and developing artificial intelligence use cases. From consumer exchange of goods and services strategies to investing in large commercial projects, A.I. is making inroads into real estate. On the other hand, the real estate field is still in the early stages of implementing A.I. services in real estate will become more visible as technology advances. This article will look at the buzz around A.I. in the real estate industry. Artificial intelligence is a word that refers to a type of technology that can draw logical conclusions on its own.

3 Financial Services Industry Trends that will Transcend the Pandemic

The pandemic has prompted changes in every industry, and financial services is no exception. Some will be transitory such as 100% remote work and a 0% fed funds rate. Others will continue to have an impact for years to come. The concept of omnichannel customer service is not new in financial services. Yet, the pandemic has accelerated the development of virtual service and the integration of digital channels such as web and chatbots with live channels such as call centers and live chat.