Use That Everyday A.I. in Your Pocket

Virtual assistants usually hog the spotlight when it comes to talk of artificial intelligence software on smartphones and tablets. But Apple's Siri, Google Assistant, Samsung's Bixby and company aren't the only tools using machine learning to make life easier -- other common programs use the technology, too. Here's a quick tour through some common A.I.-driven apps and how you can manage them. When you set up a new device, you're usually invited to "enroll" in its facial recognition security program, which captures your image and analyzes it so the program will recognize you in different looks and lighting situations. Later, when you want to unlock the device or use apps like digital payment systems, the camera confirms that your face matches the stored data so you can proceed.

Amazon has pulled another solid deal out of its hat ahead of Prime Day. You'd essentially be getting the smart doorbell for free, as Echo Show 5 typically costs the same price. The Ring Doorbell normally costs $100 by itself. The standard price of the bundle is $150, which is already $35 less than the products cost separately. The current version of the Alexa-enabled Echo Show 5 arrived a year ago. We gave it a score of 85 in our review, finding the decent sound quality and bedside-table size to be plus points.

Amazon's infamous annual shopping event, Prime Day, will soon be upon us. This year's event kicks off at midnight AEST on July 12, with deals running across Amazon.com.au and Amazon's Global Store until 5pm AEST on July 14. This means a full 65 hours to find discounts on just about everything that you've been dragging in and out of your shopping cart all year – from robot vacuums to headphones to a new TV. However, with hundreds of thousands of deals to trawl through (and so little time in the day), we've done the hard yards for you and tracked down the best deals on just about everything tech your heart could desire. Check out all the best Prime Day tech deals we've spotted by category below (including some early deals that are already live), as well as some handy hints on how best to shop during the event.

Now, if you ask Alexa to use Cortana for some reason you will just hear Alexa says "sorry, the service is no longer available". The main reason behind this is the removal of the deal that Alexa had made with microphone Cortana a few years ago. Both of them wiped the integration away without making much noise among fans. Officially the climax of this connection was made on September 18 but didn't get much spotlight. Cortana and Alexa tied their connection for Cortana to reach a much wider audience than it had with their own Cortana products. But now, there's nothing to wonder about the decision behind this disconnection as it's pretty obvious.

Rewriting what we thought was possible in biotech

The tech in biotech is nailing it. Machine learning (ML) and artificial intelligence (AI) can now figure out who has a condition (perhaps better than your doctor can), establish a medical checklist to diagnose you, and help target likely treatments. AI models can help design drugs or find a new purpose for existing ones. At home, just ask your AI assistant--Siri, Alexa, Cortana, or many chatbots--to answer medical questions or talk to you about your day. Those assistants might also have access to information from the smart devices in your home--your scale could work with your Fitbit to check your health.

Ever spend much too long trying -- and failing -- to rediscover articles you've partially read? This reporter's been there, and it seems I'm not the only one. According to 2021 Carnegie Mellon study on browser tab usage, many participants admitted to feeling overwhelmed by the amount of tabs they kept open but were compelled not to close them out of fear of missing out on valuable information. Samiur Rahman is familiar with the feeling -- so much so that he co-created a product, Heyday, to alleviate it. Launched in 2021, Heyday is designed to automatically save web pages and pull in content from cloud apps, resurfacing the content alongside search engine results and curating it into a knowledge base. Investors include Spark Capital, which led a $6.5 million seed round in the company that closed today.

Amazon digs into ambient and generalizable intelligence at re:MARS

We are excited to bring Transform 2022 back in-person July 19 and virtually July 20 - 28. Join AI and data leaders for insightful talks and exciting networking opportunities. Many, if not most, AI experts maintain that artificial general intelligence (AGI) is still many decades away, if not longer. And the AGI debate has been heating up over the past couple of months. However, according to Amazon, the route to "generalizable intelligence" begins with ambient intelligence. And it says that future is unfurling now.

Hey Siri, What's Next for AI and Robotics in Insurance? 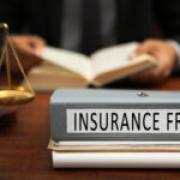 A lot has changed in the world of automation since Apple first launched its virtual assistant, Siri, on October 4, 2011. It's a date that musician, actress, and public speaker, Susan Bennett, remembers well because she's the original female, American voice behind Siri. "It is still weird," she said on this episode of The Insuring Cyber Podcast. "It's like, 'How many millions of people know my voice?' …I don't really think about that aspect of it." After getting her start in entertainment as a musician working on commercial jingles and singing backup vocals on tour with Burt Bacharach and Roy Orbison, Bennett began voiceover work at Doppler Studios in Atlanta.

Do we really want to put the power of perfectly simulating a voice in the hands of stalkers and abusers? Last week, we ran a news article entitled, "Amazon's Alexa reads a story in the voice of a child's deceased grandma." In it, ZDNet's Stephanie Condon discussed an Amazon presentation at its re:MARS conference (Amazon's annual confab on topics like machine learning, automation, robotics, and space). In the presentation, Amazon's Alexa AI Senior VP Rohit Prasad showed a clip of a young boy asking an Echo device, "Alexa, can grandma finish reading me'The Wizard of Oz'?" The video then showed the Echo reading the book using what Prasad said was the voice of the child's dead grandmother. The increasing scale of AI is raising the stakes for major ethical questions.