The digital transformation of healthcare

Tbtech looks at how technology has restructured the relationship between patients, healthcare providers, and the health system. Click here to listen to the podcast'The digital transformation of healthcare' While many industries worldwide have discussed digitization for many years, the Covid-19 pandemic forced the healthcare system to change rapidly. As mentioned by Satpal Biant, Head of Public Sector, UK & Ireland SAP, "the transformation that has taken place since the start of the pandemic has ingrained digitization into the fabric of our society for both business and pleasure." Within the UK, the NHS has changed quickly over the last few years by introducing various digital systems, which have provided patients with a modern experience and a centralized place where doctors can see all patient information. Telemedicine, artificial intelligence-enabled medical devices, and blockchain electronic health records are just a few concrete examples of digital transformation in healthcare.

More companies are successfully exploiting predictive maintenance systems that combine AI and IoT sensors to collect data that anticipates breakdowns and recommends preventive action before break or machines fail, in a demonstration of an AI use case with proven value. This growth is reflected in optimistic market forecasts. The predictive maintenance market is sized at $6.9 billion today and is projected to grow to $28.2 billion by 2026, according to a report from IoT Analytics of Hamburg, Germany. The firm counts over 280 vendors offering solutions in the market today, projected to grow to over 500 by 2026. "This research is a wake-up call to those that claim IoT is failing," stated analyst Fernando Bruegge, author of the report, adding, "For companies that own industrial assets or sell equipment, now is the time to invest in predictive maintenance-type solutions."

DeepMind Faces: Google's AI department, otherwise known as DeepMined, the Google-owned AI research company, is the subject of a lawsuit. The lawsuit focuses on the company's use of the personal records of a whopping 1.6 million UK National Service patients, including confidential medical records. The #Google #AI department is getting a class-action lawsuit for gaining 1.6 million confidential medical records of #NHS patients. According to PCGamer, DeepMind received the documents to create a health application the company calls Streams. It was supposed to be an AI-based assistant to help healthcare workers and was previously used by the British National Health Service.

A class-action lawsuit has been launched against DeepMind, the Google-owned AI research company, over its use of the personal records of 1.6 million patients from the UK's National Health Service (thanks, AI News). The health data was provided by the Royal Free London NHS Foundation Trust in 2015.DeepMind is known for several achievements, not least kicking everyone's ass at Starcraft 2, but it was given the records in order to create a health app called Streams. This was supposed to be an AI-powered assistant to healthcare professionals and has been used by the UK NHS—but no more. This August it was announced that Streams is being decommissioned, and DeepMind's own 'health' section now returns a server error.The handing-over of patient records to one of the world's biggest technology companies was exposed by New Scientist in 2017, in a report showing that DeepMind had access to far more data than had been publicly announced. The UK Information Commission launched an investigation that ruled the Royal Free hospital hadn't done enough to protect patients' privacy: following which, DeepMind apologised. "Our investigation found a number of shortcomings in the way patient records were shared for this trial," Information Commissioner Elizabeth Denham said at the time. "Patients would not have reasonably expected their information to have been used in this way."The new suit has been launched by lead plaintiff Andrew Prismall, who was a patient at the Royal Free hospital, and includes approximately 1.6 million other affected patients on an 'opt-out' basis—that is, all parties will be included in the action unless they request otherwise."Given the very positive experience of the NHS that I have always had during my various treatments, I was greatly concerned to find that a tech giant had ended up with my confidential medical records," said Prismall in a statement."As a patient having any sort of medical treatment, the last thing you would expect is your private medical records to be in the hands of one of the world’s biggest technology companies. I hope that this case will help achieve a fair outcome and closure for all of the patients whose confidential records were obtained in this instance without their knowledge or consent."

What Makes an Exceptionally 'Smart' Hospital?

What makes a smart hospital? Last month, Newsweek published its list of the world's best smart hospitals, which was based on a survey that included recommendations from national and international sources. The survey covered five categories: digital surgery, digital imaging, AI, telehealth and electronic health records (EHRs). But it's important for health care leaders to keep in mind that there's another category to measure, and it's the one that matters most to patients: the patient experience. Hospitals have to consider how all of that technology impacts consumers' lived experience of health care. 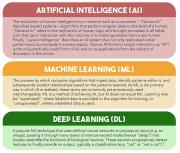 The first barrier is data availability. ML and deep learning models require large datasets to accurately classify or predict different tasks.27 Sectors where ML has seen immense progression are those with large datasets available to enable more complex, precise algorithms.28 In healthcare, however, the availability of data is a complex issue. On the organizational level, health data is not only expensive,27 but there is ingrained reluctance towards data sharing between hospitals as they are considered the property of each hospital to manage their individual patients.29

The latest Digital Health News industry round up includes news on an automated recruitment platform for clinical studies, an acquisition in the medical imaging field and an Australian company focused on measuring coding launching into the UK. Former NHS leader, Tim Kelsey, has launched an international division of Beamtree into the UK – an Australian company that focuses on measuring coding and the quality of hospital care. Kelsey leads the Australian company, but the new London-based arm will be led by coding policy expert Jennifer Nobbs and former Paterson Inquiry advisor Alex Kafetz. Beamtree works with health organisations around the world in a bid to improve the capture, management and leverage of human expertise. The UK office will focus on AI in health, clinical decision support, data quality and analytics supporting better health outcomes.

The Healthcare sector is among the largest and most critical service sectors, globally. Recent events like the Covid-19 pandemic have furthered the challenge to handle medical emergencies with contemplative capacity and infrastructure. Within the healthcare domain, healthcare equipment supply and usage have come under sharp focus during the pandemic. The sector continues to grow at a fast pace and will record a 20.1% CAGR of surge; plus, it is estimated to surpass $662 billion by 2026. Countries like the US spend a major chunk of their GDP on healthcare.

The limited representation of minorities and disadvantaged populations in large-scale clinical and genomics research has become a barrier to translating precision medicine research into practice. Due to heterogeneity across populations, risk prediction models are often found to be underperformed in these underrepresented populations, and therefore may further exacerbate known health disparities. In this paper, we propose a two-way data integration strategy that integrates heterogeneous data from diverse populations and from multiple healthcare institutions via a federated transfer learning approach. The proposed method can handle the challenging setting where sample sizes from different populations are highly unbalanced. With only a small number of communications across participating sites, the proposed method can achieve performance comparable to the pooled analysis where individual-level data are directly pooled together. We show that the proposed method improves the estimation and prediction accuracy in underrepresented populations, and reduces the gap of model performance across populations. Our theoretical analysis reveals how estimation accuracy is influenced by communication budgets, privacy restrictions, and heterogeneity across populations. We demonstrate the feasibility and validity of our methods through numerical experiments and a real application to a multi-center study, in which we construct polygenic risk prediction models for Type II diabetes in AA population.