US troops in Syria targeted with 'deliberate and coordinated' drone attack, no injuries reported

Fox News Flash top headlines are here. Check out what's clicking on Foxnews.com. U.S. troops in Syria were targeted Thursday with a "deliberate and coordinated" drone attack, military officials told Fox News, saying that the U.S. has the "inherent right of self defense" and will "respond at a time and place of our choosing." Bill Urban confirmed that the al-Tanf Garrison area "was subjected to a deliberate and coordinated attack." "Based on initial reports, the attack utilized both unmanned aerial systems and indirect fire," Urban said.

Israeli army says one of its drones crashed inside Lebanon

The Israeli army says one of its drones came down in Lebanese territory, following a reinforcement of its presence at its northern frontier near Lebanon. The drone fell "during IDF operational activity" along the border, the army said in a statement on Sunday. "There is no concern that any information was leaked," it said. Israel's Channel 12 reported that the drone crashed after it experienced a technical failure. Tensions have risen along Israel's frontier with Syria and Lebanon this week after a fighter from the Iranian-backed Lebanese group Hezbollah was killed in an apparent Israeli strike on the edge of Damascus. 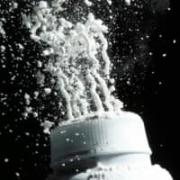 A sign marks a landmine field, left from a past conflict, near Israel's Golan Heights village of Merom Golan August 20, 2006. Syria, a key Hizbollah ally, wants the Lebanon war to lead to a comprehensive peace settlement that addresses what Damascus regards as the root of instability -- Israeli occu. Despite record global investment in land mine clearance in 2017 that exceeded $770 million worldwide, nearly 2,800 people were killed and thousands more injured by mines and other explosive remnants of war (ERW). Civilians, half of them children, accounted for 87% of all casualties. Over half of 62 countries known to have mine contamination are committed to the Mine Ban Treaty, also known as the Ottawa Treaty, but only four are on track to meet their clearance deadlines. 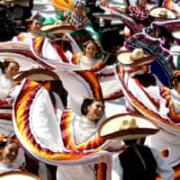 JERUSALEM – The Israeli Air Force struck in Syria to prevent an Iranian force from launching an attack on the Jewish state with drones armed with explosives, the army said Sunday. While Israel operates regularly in Syria, it rarely acknowledges its actions so swiftly, with Prime Minister Benjamin Netanyahu warning archfoe Iran it had no immunity from his state's military. In a briefing to reporters, military spokesman Jonathan Conricus said that late Saturday the air force "was able to thwart an Iranian attempt led by the Quds force from Syria to conduct an attack on Israeli targets in northern Israel using killer drones." According to Conricus, the Israeli attack took place in Aqraba, southeast of Damascus, and targeted "a number of terror targets and military facilities belonging to the Quds force as well as Shiite militias." The army had on Thursday prevented an earlier attempt to launch the drone attack, Conricus said, without providing further details.

Fox News Flash top headlines for August 24 are here. Check out what's clicking on Foxnews.com The Israeli military carried out a late-night attack on targets inside Syria Saturday in what it described as a successful effort to thwart a "very imminent" Iranian drone strike. The airstrike appeared to be one of the most intense efforts by Israeli forces to tamp down Tehran's military action in the Damascus area and triggered anti-aircraft fire by Syrian forces. Lt. Col. Jonathan Conricus, a military spokesman, told The Associated Press that Israeli officials had been monitoring a plot for several months in which they believed Iran's Revolutionary Guards' Al Quds force, in conjunction with allied Shiite militias, had been planning to send explosives-laden attack drones into Israel. 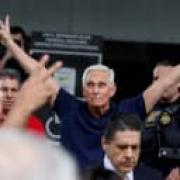 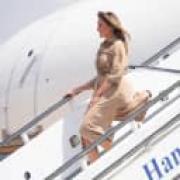 THE HAGUE, NETHERLANDS – The global chemical weapons watchdog will in February begin to assign blame for attacks with banned munitions in Syria's war, using new powers approved by member states but opposed by Damascus and its key allies Russia and Iran. The agency was handed the new task in response to an upsurge in the use of chemical weapons in recent years, notably in the Syrian conflict, where scores of attacks with sarin and chlorine have been carried out by Syrian forces and rebel groups, according to a joint United Nations-OPCW investigation. A core team of 10 experts charged with apportioning blame for poison gas attacks in Syria will be hired soon, Fernando Arias, the new head of the Organisation for the Prohibition of Chemical Weapons (OPCW), told the Foreign Press Association of the Netherlands on Tuesday. The Syria team will be able to look into all attacks previously investigated by the OPCW, dating back to 2014. The OPCW was granted additional powers to identify individuals and institutions responsible for attacks by its 193 member states at a special session in June.

Age of Terror: Art since 9/11 explores complexities of conflict

London, UK - The echo of a football bouncing against an apartment wall gradually transitions into the boom of falling bombs until the child's game ends in a final, deafening roar. Khaled Abdulwahed's video, Tuj - inspired by the artist's return to his native Damascus in Syria - is an explicit reference to the complicated reality of war and the resilience of those in its midst. The messy nature of contemporary conflict and the confused understanding of it are the central themes of Age of Terror: Art since 9/11, which opened in October 2017 and runs until May 28. It has so far drawn more than 12,500 visitors. Rebecca Newell, IWM head of art, says the exhibition responds to the desire of visitors to the museum that it addresses contemporary conflict and has attracted a new kind of audience.