Hackers HQ and Space Command: how UK defence budget could be spent

A specialist cyber force of several hundred British hackers has been in the works for nearly three years, although its creation has been partly held back by turf wars between the spy agency GCHQ and the Ministry of Defence, to which the unit is expected to jointly report. The idea behind the new unit is to bring greater visibility and coherence to offensive cyber, a capability that the UK claims to have had for a decade but until recently has rarely acknowledged or discussed. Earlier in the autumn, Gen Patrick Sanders, the head of the UK's strategic command, said the military already had the capacity to "degrade, disrupt and destroy" enemies. Past operations include hacking into Islamic State systems in 2017 to understand how the terror group was operating a low-tech drone capability out of Mosul, which the military claims allowed it to understand how the drones were bought and how operators were trained. Creating a "Space Command" is a promise that was made in the Conservative election manifesto, and comes at a time when major military powers are rapidly showing an interest in space, largely because of the need to ensure the safety and security of satellites on which critical communications and location systems depend. The UK's new Space Operations Centre, based at the RAF headquarters in High Wycombe, comes less than a year after Donald Trump announced the creation of a new space force, arguing that "space is the world's new war-fighting domain," and that maintaining American superiority over Russia and China was "absolutely vital".

Fox News Flash top headlines for Oct. 22 are here. Check out what's clicking on Foxnews.com "----A 1986 graduate of West Point, Martin deployed to Iraq five times including stints as a company commander during Operation Desert Storm, as a battalion and brigade commander during Iraqi Freedom and he commanded the famed 1st Infantry Division at Fort Riley, Kansas. Martin also served as the commander of the Combined Joint Forces Land Component Command during the pivotal Battle of Mosul, a major multi-national offensive that helped the Iraqi government retake control of the Iraqi city from ISIS forces----" From an Army Report --- MARTIN ARMY BIO HERE --- Warrior: There is a lot of discussion about the Army's Top 6 Modernization priorities:...Long Range Precision Fires, Next Generation Combat Vehicles, Future Vertical Lift, Network, Air and Missile Defense, and Soldier Lethality…. How are they progressing and what sticks out in your mind? 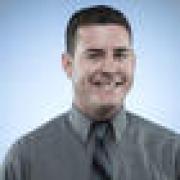 U.S. airstrikes across eastern Syria have hobbled Islamic State's deadly drone program, U.S. officials say, but commanders warn that proliferation of the inexpensive technology may allow terrorist groups to launch other aerial attacks around the globe. U.S.-backed fighters have reported small drones flown by the militants seven times this month in Iraq and Syria as Islamic State struggles to maintain the crumbling borders of its self-declared caliphate, according to the U.S. military task force in Baghdad. That's down from more than 60 drone sightings earlier this year, especially during the battle for the Iraqi city of Mosul, which was liberated in early July. Dozens of Iraqis were killed or wounded by 40-millimeter grenades and light explosives dropped from remote-controlled devices that one U.S. commander likened to killer bees. The use of camera-equipped quadcopters and model-plane-sized drones, sometimes flying in swarms, had become a signature tactic of Islamic State, much as the growing U.S. fleet of large missile firing Predator and Reaper drones have changed the face of modern warfare.

Jamil and Siri: ISIS conflict forces two lives to intersect — and both are saved

Six-year-old Jamil starts school on September 11. There will be no ISIS fighters in his first grade class in Ulm, Germany, but Jamil, haunted by nightmares, is still fighting the ISIS demons. The boy's ordeal began in northern Iraq on August 3, 2015. Then four-years-old, he was one of many Yazidis captured by ISIS, crammed into a bus, and taken to Mosul, the second largest city in Iraq, then under ISIS control. The Yazidi people are an ancient, non-Muslim religious community regarded by radical Islamists as infidels worthy of death.

10 Things to Know for Today

For Iraqi soldiers coordinating coalition strikes on Islamic State, it's a different kind of war

The two Islamic State jihadis scrambled up to the roof of the building, breaking cover for a moment before quickly hiding from sight. But it was too late. They had been spotted by the camera drone hovering above Mosul's Old City, their images beamed to black-clad special forces operatives huddled around a tablet roughly 300 yards away. Lt. Col. Muhannad Tamimi, a battalion commander, turned to his walkie-talkie. "Staff Col. Arkan," he said.

ISIS drone factory is seized by Iraqi forces in Mosul

Wooden propellers lie on a stripped-down drone, among tyres and gas canisters. Elsewhere, a four-wheeled contraption stands silent, preparing for its deadly mission. As the battle for Mosul rages on, Iraqi forces recently discovered this ISIS factory which has been making various death machines - from aerial drones to multi-wheeled robot bombs. The crude hardware was unearthed in a warehouse in the Al-Shifa neighbourhood on the fringes of the Islamic State-occupied Old City. Working with whatever they can salvage, the jihadis have been retrofitting hobby drones with explosives and, in some cases, building devices from metal pipes and repurposed small engines - including from motorbikes.

ISIS is weaponising consumer drones and we can't stop them – yet

DRONE warfare, once the sole pursuit of the US military, is being democratised. Islamic State (ISIS) has deployed consumer drones carrying grenades in the battle for the Iraqi city of Mosul, creating the most daunting problem US Special Operations Command troops faced in Iraq during 2016, according to their commander Raymond Thomas. Groups around the world are taking advantage of the increasing accessibility of drone technology to build and deploy them as weapons (see "Home-grown drones"). And it's not hard to imagine them being used in an attack in the West; the bomber responsible for the May attack on a concert Leader: "Drone blowback: High-tech weapons come home to roost"