There's plenty in the way of competition in the audio transcription market, which is estimated to be worth $31.82 billion by 2025. But AISense -- the startup behind speech-to-text service Otter -- has managed to carve out a niche for itself in the four years since its founding. Today the company confirmed to VentureBeat that it has raised $10 million in a round led by strategic backer NTT Docomo's Docomo Ventures, with participation from Fusion Fund, GGV, Dragon Dragon Fund, Duke University Innovation Fund, Harris Barton Asset Management, Slow Ventures, and others. This brings AISense's total venture capital raised to $23 million, following previous rounds totaling $13 million. As part of Docomo's investment, the Tokyo-based mobile phone operator says it's piloting Otter in Berlitz's English language classes in Japan.

Apple will cut the price of some of its flagship iPhones for just the second ever time, as interest in buying them falls. The company is going to reduce the phones to the cheaper prices it used to charge in countries outside the US, instead of taking into acount the rising US dollar, it said. Apple has recently experimented with charging considerably higher prices for iPhones, especially in some countries around the world. With the iPhone X, it increased the cost of the flagship model considerably, and recent currency fluctuations meant that this year's phones were even more expensive. But now it will look to drop those prices so they are in line with last year's prices.

The trio of phones will boast other features, such as facial-recognition technology, but their display size stands out--their average screen area, without accounting for a facial-recognition system that juts into the top of the display, is 23% larger than last year's three new phones and 28% bigger than the two models unveiled in 2016. Note: Screens on iPhone X and newer have facial-recognition systems that cut into the display. At a time when people are buying fewer new phones, bigger size brings two advantages. It helps Apple buoy prices and profit margins because it can sell larger phones at a greater markup than it pays suppliers for the larger screens. And it encourages people to use their phones more, helping momentum of Apple's services business, which includes app-store sales and subscriptions to video services like Netflix and HBO.

Apple Inc's multi-hundred billion cash stockpile and stalling growth in services such as iCloud present an opportunity and a concern that some investors hope will be addressed in the company's quarterly earnings report later on Tuesday. A shopper shows his purchased iPhone X on Nov. 3, 2017, in Miami Beach, Fla. Apple's iPhone X went on sale Friday, as the company scrambles to meet demand for a marquee device that sports a lush screen, facial-recognition skills and a $1,000 price tag. More earnings reports from companies linked to Apple have resulted in further evidence that the technology giant could be winding down or stopping production of the iPhone X. Nasdaq-listed Cognex is the latest company to provide clues that Apple may be going down this path. It reported first quarter earnings on Monday that were up 22% year-on-year, a slowdown from the 40% growth seen in the first quarter of 2017. On top of that, guidance for second quarter revenue of between $200 million and $210 million was below Wall Street expectations, according to Neil Campling, co-head of the global thematic group at Mirabaud Securities.

The transformation of BlackBerry from a bombed-out, loss-making smartphone maker to a new-look software firm appears to be working: the Canadian business has reported better-than-expected quarterly profits, boosting its shares by more than 12%. The company, which was famous for its tiny keyboard phones and in 2010 had more than a third of the US smartphone market, was almost driven to extinction by the iPhone. By 2016 it had less than 1% of the US market. Thousands of workers were laid off as losses mounted and the business eventually gave up making phone handsets and decided to reinvent itself as a software and services specialist selling to large corporations. In its profits update on Thursday the company said sales at its high-margin software unit had hit a record and the outlook for the rest of the year was robust, boosting investor confidence in its turnaround strategy.

Oracle released first quarter financial results Thursday after the bell. The Redwood Shores, Calif.-based company reported a net income of $2.2 billion, or 52 cents per share. Android or iOS is one of the biggest decisions you'll make for your company, especially regarding security. Non-GAAP earnings were 62 cents per share on a revenue of $9.2 billion, up 7 percent from the year prior. Wall Street was expecting Oracle to report first quarter earnings of 60 cents a share on revenue of $9.03 billion. 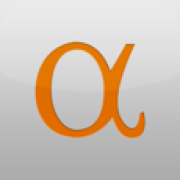 This decrease was mainly due to the Note 7 issue, despite the increase of sales in the memory and OLED businesses. The gross profit for the quarter was KRW18.4 trillion, about KRW1.7 trillion year-on-year decrease. But the gross profit margin as a percent of sale held steady due to higher gross profits from the sales expansion of premium products in the OLED and consumer electronics businesses. Our SG&A expenditures increased Y-on-Y, mainly due to the recall cost related to Note 7. The operating profit decreased by KRW2.2 trillion, year on year to KRW5.2 trillion, and the operating profit margin declined by 3.4 percentage points to 10.9%. The earnings of the component business decreased marginally year on year due to price correction of DRAM during the first half of this year. However, on Q-on-Q basis, this operating profit increased due to sales expansion of high-end products such as SSD, flexible OLED under the stabilized ASP environment. In the set business, earnings declined in the IM division due to the loss resulting from the Note 7 issue, but the consumer electronics business continued to grow year on year, driven by the sales growth of SUHD TVs and premium home appliance products. In this quarter's strengthening of the Korean won against the major currencies such as U.S. dollar and euro had a negative impact on the operating profit quarter on quarter. We figured it's approximately KRW700 billion effect, mostly on the component business. The non-operating profit was KRW540 billion, mainly from the sales of various investments including investments in ASML. Now I would like to address the business outlook. In the fourth quarter we expect the overall earnings to improve year on year. The mobile business is expected to recover its earnings to the similar level as 4Q last year through solid S7 sales, while earnings in the component business is projected to improve year on year. For the semiconductor business, we expect the earnings to improve due to the sales expansion of the V-NAND-based SSD. For the display business, we expect the earnings to improve also from LCD business recovery year on year.

NEW DELHI: Panasonic India is scouting for companies to acquire in 6-9 months to develop artificial intelligence (AI) and Machine learning technologies, which it wants to integrate with its future smartphones to differentiate from rival vendors in the crowded yet fast growing market. The handset vendor has already set aside an initial corpus of 10 million for the development of this technology through a merger and acquisition or a joint venture. "The budget is in tune of 10 million to start with, and as we see progress on this front and things go in right direction, then there will be no constraint on the budget part. We can spend as high as possible. Some part of this budget has been generated from the India business, while some portion has been allocated from Japan," Pankaj Rana, head of mobility division, India, South Asia, Middle East and Africa at Panasonic, told ET. "Our team would be traveling to Silicon Valley soon.

People gather in the Nvidia booth at the Mobile World Congress, the world's largest mobile phone trade show, in Barcelona on Feb. 27. (Photo: Manu Fernandez, AP) Chip maker Nvidia reports quarterly results after the bell Thursday. Meanwhile, Amazon's popular Echo speaker might have competition soon. The company will report first quarter earnings after the markets close. According to S&P Global Market Intelligence, Nvidia is projected to report earnings of 41 cents a share on revenue of 1.26 billion. Google is reportedly working on a project called Chirp that could directly compete with the Amazon Echo voice-enabled speaker.

Larry Page's five-year tenure as CEO of Google -- and now its new corporate parent Alphabet -- is reminding investors that patience pays off, despite a letdown in the first quarter. After lagging its peers in the early stages of Page's reign, the Internet's most powerful company has since delivered returns that trounced both the Standard & Poor's 500 and Apple shares. Since Page took the helm in 2011, Alphabet's stock has soared 163 percent, creating an additional 300 billion in shareholder wealth. The S&P 500 rose 58 percent during the same period; Apple's stock is up 115 percent. Some of Alphabet's gains evaporated late Thursday after the company announced first-quarter earnings and revenue that fell below analyst projections.