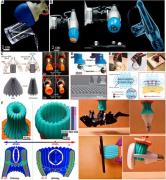 Ford-backed autonomous vehicle company Argo AI recently started driverless vehicle operations in both Miami, Florida, and Austin, Texas, during daylight hours. "Argo is first to go driverless in two major American cities, safely operating amongst heavy traffic, pedestrians and bicyclists in the busiest of neighborhoods," said Bryan Salesky, Founder and CEO of Argo AI. "From day one, we set out to tackle the hardest miles to drive -- in multiple cities -- because that's where the density of customer demand is, and where our autonomy platform is developing the intelligence required to scale it into a sustainable business." Here's a video Argo made about their new operations (article continues below): It took the company five years to get to the point where they could trust their vehicles to operate in busy traffic in these cities (two of eight cities they're now developing autonomous vehicles in). Driverless operations include multiple customer-facing operations, including work with several different commercial partners. For example, Argo has been working with Lyft to find riders in test vehicles since last year instead of offering their own rideshare platform and software.

ORLANDO, Fla., April 24, 2022 (GLOBE NEWSWIRE) -- Retail Asset Protection Conference, Orlando, Booth #RIC-11 – Pathr.ai, the industry's first and only Artificial Intelligence (AI) powered Spatial Intelligence platform, announced today it is working with Hanwha Techwin America, a global supplier of video surveillance solutions, to jointly deliver spatial intelligence solutions to current and prospective customers. This integration allows Pathr.ai to engage with Hanwha on new and cross-sell opportunities, including supporting camera installations with Pathr.ai "Working with Hanwha is a great step towards scaling our spatial intelligence solution to new and existing customers and delivering strong ROI to them," said Alan Flohr, Chief Revenue Officer of Pathr.ai. "Companies can use their existing non-PTZ Hanwha security cameras, such as the Hanwha Wisenet P series, X series, L series, and Q series, to collect meaningful and real-time insights into how people move and interact inside their physical spaces and tie those analytics to business decisions that improve profitability." AI-powered spatial intelligence technology integrates with existing camera infrastructure and delivers real-time behavioral insights to companies, delivering a 10x or greater return on investment.

The Hazard-Filled Ruling on the Transportation Mask Mandate

"At first blush," Judge Kathryn Kimball Mizelle wrote in her order, on Monday, throwing out the federal mask mandate for people using public conveyances--planes, trains, Ubers--it might appear that the mandate was rather "closely related to the powers granted" to the federal health authorities by law. Indeed, it appears, at any blush, to be intimately related, which is why the ruling issued by Mizelle, a federal district-court judge based in Tampa, Florida, is so alarming. The Public Health Service Act of 1944 gives federal health authorities broad powers "to prevent the introduction, transmission, or spread of communicable diseases" by means of interstate modes of transport, and to do so by establishing rules related to "inspection, fumigation, disinfection, sanitation, pest extermination, destruction of animals or articles found to be so infected or contaminated as to be sources of dangerous infection to human beings," as well as by "other measures" that in their "judgment may be necessary." Mizelle's ruling, which inspired social-media videos of people gleefully unmasking on airplanes, was sudden and startlingly broad. She did not rely on narrow ground such as the fact that, at this stage in the COVID-19 crisis, hospitalization rates are low and vaccines are widely available, and so a transportation mask mandate might no longer be justified. Instead, she found that the Centers for Disease Control and Prevention never had the power to issue such a mandate and thus would not be able to do so in the future, no matter the shape of a future pandemic.

NASA's next generation lunar backpack could give astronauts the ability to create a 3D map of the surface of the moon, as they walk across the regolith. The Kinematic Navigation and Cartography Knapsack (KNaCK) is a mobile lidar scanner, worn as a backpack that uses light and lasers to measure range. NASA researchers and industry partners developed the device that can not only aid astronauts in the airless wastelands of the Lunar South Pole, but also on the Earth. One suggested use is for a mountaineering expedition in an unchartered environment. The hikers can create a real-time map for others in the party, as well as other hikers that might come after them - all from a simple backpack. 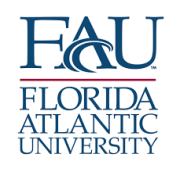 Boca Raton, FL – Florida Atlantic University is launching four new master's degree programs for working professionals, including an expansion of the state's first Master of Science with Major in Artificial Intelligence (AI). The FAU Board of Trustees recently approved the programs in information technology management, supply chain management and business analytics, in addition to AI. The four degree programs, already offered to full-time students, will be available online and in-person to working professionals and are expected to begin in the fall. The master's in AI degree, first announced in 2019 for full-time students, is part of an innovative program that covers AI foundations and technologies. Students will develop new skills for jobs not yet defined, allowing them to join a first-generation workforce with significant earning potential.

A marketing degree trains students to effectively and efficiently use advertisements, promotions, and media platforms to reach the public. With more platforms than ever on which to market and advertise products, marketing pros are in demand. Marketing involves appealing to people to sell products, services, and ideas. As a marketer, you'll use research and data methods and strategies to communicate and engage with target audiences. Here are our top picks for online marketing degrees in 2022.

LAKELAND, Fla. - The Florida Department of Transportation just gave Lakeland $500,000 to install artificial intelligence at 25 intersections, in the hopes of reducing the number of traffic crashes in the city. Last summer, the city kicked off a pilot AI program at four intersections. It works by installing a series of sensors at least 150 feet away from an intersection. "It is measuring the speed of the vehicle, the distance from the intersection," explained city spokesman, Kevin Cook. If the potential red-light runner looks like they are going to run the light, the computer keeps the light red for the cross-traffic for up to four seconds, which keeps them out of harm's way.

Former Attorney General Bill Barr joins'The Story' with reaction and analysis. Special Counsel John Durham has made significant headway in investigating the origins of the Trump-Russia probe, former Attorney General Bill Barr told Fox News on Friday. Barr, who served under Presidents George H.W. Bush and Donald Trump, said that if there is a case to be brought against any further defendants in the matter, Durham is one who is not reticent to bring it. "I think the question all along … has been that this was a campaign-dirty-trick to get the government to investigate allegations -- scurrilous allegations -- about Donald Trump and then leak that right before the election," Barr told "The Story." "And so that raises two questions: Was the Clinton campaign developing this false information and feeding it in for that purpose? And what was the FBI's role on this?" Barr said the investigation into former Clinton attorney Michael Sussmann, who has been indicted in the probe, is key to figuring out whether Hillary Clinton's 2016 presidential campaign was engaged in illegalities. 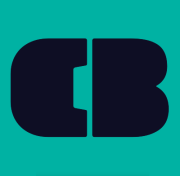