The morals of the driverless cars

There is something different about this car, however. Someone is in the driver's seat, but the car is driving itself. This vehicle is part of Uber's self-driving pilot program and is a fleet of vehicles cruising throughout America. Dazed, the driver, who has barely touched the wheel all day, stares into the empty Arizona desert. The driver freaks out; he instantly fears the worst.

This terrible accident happened on March 19, 2018, late in the night. An Uber self-driving car, running in autonomous mode with a safety driver behind its wheel, hit and killed a woman in Tempe, Arizona. You can find the detailed investigation results here. From the dash-cam and internal driver-seat camera footages, the accident happened on a poorly lit road with a speed limit of 40 mph. The safety driver was watching her cellphone （possibly watching Hulu) right before the car hit the woman.

Uber promises its new system is smarter and would identify a jaywalking pedestrian. A year and a half since the crash in Tempe, Arizona, that left a pedestrian, Elaine Herzberg, dead and Uber in the spotlight over its self-driving car program, we're still learning more about why the wreck occurred and how investigators plan to shore up autonomous vehicle safety. The latest comes from Bloomberg, which reported Tuesday on hundreds of new documents released by the National Transportation Safety Board. The safety body found Uber's self-driving car prototype did not feature any sort of system to identify pedestrians outside of a crosswalk. Translation: There's no way the Uber autonomous car could see jaywalkers.

A year after the first fatality caused by a fully self-driving car, questions about liability in the event of a death involving the cars are still completely up in the air. Officials announced earlier this week that Uber won't face criminal charges in the death of a pedestrian struck and killed by one of its self-driving cars nearly a year ago in Tempe, Arizona. The Yavapai County Attorney's Office said it conducted a thorough review of the evidence and determined there was no basis for criminal liability against Uber. It did not detail how the decision was made and has declined to answer any questions on the case. The pedestrian was walking a bicycle across a road at night.

Elaine Herzberg was walking her bicycle across a Tempe, Arizona street when a Volvo XC90 hit her, almost a year ago on March 18, 2018. She died at the hospital. The car that hit her was an Uber, but this one was self-driving. The driver and sole occupant in the car was a "safety operator" sitting behind the wheel, not controlling the vehicle. The fatal crash had immediate ramifications for Uber's self-driving car program and the industry.

Who is criminally liable when a self-driving car fatally strikes a pedestrian? Not the company that built and tested the car -- at least not when it comes to Uber's fatal crash in Tempe, Arizona last March, which killed 49-year-old Elaine Herzberg. Uber won't be charged with a crime, according to a letter, first reported on by Quartz, from Yavapai County Attorney Sheila Polk, the prosecutor who was temporarily in charge of the case. "After a very thorough review of all the evidence presented, this Office has determined that there is no basis for criminal liability for the Uber corporation arising from this matter," reads the document. Originally, the case was being prosecuted by Arizona's Maricopa County, but that department was forced to temporarily hand it off to Yavapai County due to a potential conflict of interest.

Uber will not be held criminally liable in the fatal crash last year in Tempe, Arizona, in which a self-driving vehicle struck and killed a pedestrian, a county prosecutor announced Tuesday. Yavapai County Attorney Sheila Polk said Uber won't face criminal charges in the March 2018 crash -- believed to be the first fatality in the U.S. involving a self-driving vehicle. Polk said her office concluded that video of the crash likely didn't accurately depict the collision and recommended that Tempe police seek more evidence. DRIVER IN FATAL SELF-DRIVING UBER CRASH WAS WATCHING'THE VOICE,' INVESTIGATORS SAY It's not known whether prosecutors are considering charges against the driver. Dashcam video released by the Tempe Police Department last year showed an interior view of Uber backup driver Rafael Vasquez in the moments before the crash. 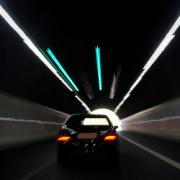 On March 18, 2018, Elaine Herzberg became the first pedestrian in the world to be killed by an autonomous vehicle after being hit by a self-driving Uber SUV in Tempe, AZ, at about 10 p.m. Video released by the local police department showed the self-driving Volvo XC90 did not appear to see Herzberg, as it did not slow down or alter course, even though she was visible in front of the vehicle prior to impact. Subsequently, automotive engineering experts raised questions about Uber's LiDAR technology.12 LiDAR, or "light detection and ranging," uses pulsed laser light to enable a self-driving car to see its surroundings hundreds of feet away. Velodyne, the supplier of the Uber vehicle's LiDAR technology, said, "Our LiDAR is capable of clearly imaging Elaine and her bicycle in this situation. However, our LiDAR does not make the decision to put on the brakes or get out of her way" ... "We know absolutely nothing about the engineering of their [Uber's] part ... It is a proprietary secret, and all of our customers keep this part to themselves"15 ... and "Our LiDAR can see perfectly well in the dark, as well as it sees in daylight, producing millions of points of information. However, it is up to the rest of the system to interpret and use the data to make decisions. We do not know how the Uber system of decision making works."11

Apex Legends, the brand new battle royale game that takes place in the world of Titanfall, has already rocketed past 10 million players. Developers announced that the landmark number had already been reached after only 72 hours. That means the game is even growing faster thant the record-breaking speed of Fortnite – which took a fitting two weeks to reach the same milestone. "This has been a truly incredible journey," developers EA said as they announced the new milestone. "We got to a point where we felt some magic. We knew it would be risky to take the franchise in this direction, to go free to play, and do a surprise launch. But we fell in love with Apex Legends and wanted, needed, other people to play it too. Uber has halted testing of driverless vehicles after a woman was killed by one of their cars in Tempe, Arizona. The I.F.O. is fuelled by eight electric engines, which is able to push the flying object to an estimated top speed of about 120mph The giant human-like robot bears ...

Samsung appears to have accidentally leaked a short video clip of its forthcoming foldable smartphone, expected to be called the Galaxy X or Galaxy F. A teaser video posted by Samsung Vietnam was posted online before being swiftly deleted, though not before a copy of it was ripped and reuploaded to YouTube. The video appears to be a showcase of forthcoming technology from the South Korean electronics giant, including a three-panelled augmented reality mirror and a tattoo robot. Two separate shots also showed a woman using a folding phone, featuring screens on both the inside and outside of the device. Samsung previously teased the foldable smartphone at an event in November, though it was difficult to see what the hybrid handset looks like as the unveiling took place with the lights turned down. Uber has halted testing of driverless vehicles after a woman was killed by one of their cars in Tempe, Arizona.