Silicon Valley's version of the metaverse is starting to feel like yet another dystopia. Critics of Microsoft's Mesh lament the dispiriting virtual office populated by legless humanoid avatars awkwardly trying to conjure meaningful interactions. While critics of Facebook have argued its version of the metaverse will simply reinforce the already damaged relationships we've been building online for years. But in Japan, there's a different type of avatar-run space that's proving to be a conduit for meaningful human interaction. Tokyo-based DAWN, or Diverse Avatar Working Network, is a cafe staffed by robots operated remotely by people with severe physical disabilities like amyotrophic lateral sclerosis also known as Lou Gehrig's disease.

Can intelligence be taught to robots? Advances in physical reservoir computing, a technology that makes sense of brain signals, could contribute to creating artificial intelligence machines that think like us. In Applied Physics Letters, from AIP Publishing, researchers from the University of Tokyo outline how a robot could be taught to navigate through a maze by electrically stimulating a culture of brain nerve cells connected to the machine. These nerve cells, or neurons, were grown from living cells and acted as the physical reservoir for the computer to construct coherent signals. The signals are regarded as homeostatic signals, telling the robot the internal environment was being maintained within a certain range and acting as a baseline as it moved freely through the maze. 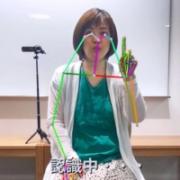 Local governments in Japan are turning to artificial intelligence to improve communication with people who are deaf or hard of hearing at their counters for the public. A system jointly developed by the University of Electro-Communications in Tokyo and SoftBank Corp. converts sign-language gestures into written text. While the system currently requires equipment at counters, municipalities hope it will eventually be usable with just a smartphone. At the Narashino city office in Chiba Prefecture, a woman with a hearing disability asked directions to the restroom using sign language while standing in front of a camera. A text translation appeared on a staff member's computer display after about three seconds. The spoken response then appeared as text on the screen in front of the woman, making for a smooth interaction.

TOKYO -- Tech companies racing to develop artificial intelligence need to make sure it is not inherently biased, the president of IBM Japan said on Tuesday.

How Big Data Analytics is set to Power Precision Medicine

Visualize a scenario where you are (god forbid) gravely ill, and yet you (miraculously) receive an accurate diagnosis with a recommended treatment plan within 10 minutes of reaching the hospital. This has, in actuality, been happening for a few years now with the help of Artificial Intelligence (AI). The University of Tokyo, in 2016 reported that Watson, IBM's cognitive supercomputer, correctly diagnosed a rare form of leukemia in a 60-year-old woman which doctors originally thought was acute myeloid leukemia. After examining 20 million cancer research papers in 10 minutes, Watson was able to correctly determine the disease and recommend a personalized treatment plan. AI and its related applications are changing healthcare as we know it. The advancements made in AI will revolutionize research and, ultimately, personalized medicine. 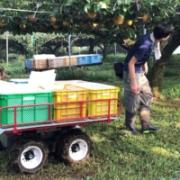 Chiba – Researchers in Japan have been conducting experiments using robotics and artificial intelligence to alleviate fruit farmers' reliance on scarce labor while supporting those who are aging and have no successor. Trials are underway in Chiba Prefecture, a major production area for Japanese pears, and Yamanashi Prefecture, the country's main grape-growing region. In spring this year, a consortium made up of the Chiba Prefectural Government, agricultural cooperatives, and other concerns launched a two-year experimental project at pear-growing properties in the cities of Ichikawa and Narita in the prefecture. According to Tokyo-based consulting company NTT Data Institute of Management Consulting Inc., which oversees the experiments, a robot cargo vehicle automatically follows workers as they harvest pears, transporting the fruit to a designated location. An integrated camera shoots photographs of the prepicked pears and surrounding foliage, AI analyzes the data and provides information on the best time for the fruit to be harvested based on its growth.

Major Japanese convenience store operator FamilyMart Co. said this week that it has introduced a robot with artificial intelligence that automatically restocks drinks at one of its stores in Tokyo. The AI robot, installed at a store inside the Ministry of Economy, Trade and Industry building in the Kasumigaseki district of Chiyoda Ward, restocks products by predicting sales based on the time and season. FamilyMart, a subsidiary of major Japanese trader Itochu Corp., aims to reduce the burden on store employees and boost high-value-added work, such as serving customers. The robot was developed by Telexistence Inc., an information technology startup in Tokyo. The device, which comprises an arm, body, rail and other parts, is set between the display shelves and the storage shelves.

When the Tokyo Paralympics opened on Aug. 24 after a one-year delay because of the coronavirus pandemic, the National Stadium floor was a celebration with fireworks, music, acrobats and clowns. Among the dancers was Ai Haruna, arguably Japan's most famous transgender woman, fittingly chosen to perform in line with the Games' theme, "We Have Wings," to evoke all that is possible in difficult circumstances. The 49-year-old television personality, singer and entrepreneur had gone through a general audition to get her part, eager to spread the much-needed message of resilience and togetherness through the Games for athletes with disabilities. "Let's have the freedom to spread our wings and dream big. That's the message I wanted to send to the world," Haruna said in a recent interview.

The Tokyo-based company hopes the vehicle will rival the popularity of supercars.