Scientists from China's Zhejiang University have unveiled a drone swarm capable of navigating through a dense bamboo forest without human guidance. The group of 10 palm-sized drones communicate with one another to stay in formation, sharing data collected by on-board depth-sensing cameras to map their surroundings. This method means that if the path in front of one drone is blocked, it can use information collected by its neighbors to plot a new route. The researchers note that this technique can also be used by the swarm to track a human walking through the same environment. If one drone loses sight of the target, others are able to pick up the trail.

Covid-19 can cause lasting cognitive and mental health issues, including brain fog, fatigue and even post-traumatic stress disorder. To better understand the scale of the problem, researchers at the University of Cambridge analysed 46 people who were hospitalised due to the infection between March and July 2020. The participants underwent cognitive tests on average six months after their initial illness. These results were compared against those of more than 66,000 people from the general population. Those hospitalised with covid-19 scored worse on verbal analogical reasoning tests, which assess an individual's ability to recognise relationships between ideas and think methodically. They also recorded slower processing speeds. Previous studies suggest glucose is less efficiently used by the part of the brain responsible for attention, complex problem-solving and working memory after covid-19. Scores and reaction speeds improved over time, however, any recovery was gradual at best, according to the researchers. This cognitive impairment probably has multiple causes, including inadequate blood supply to the brain, blood vessel blockage and microscopic bleeds caused by SARS-CoV-2 virus, as well as damage triggered by an overactive immune system, they added. "Around 40,000 people have been through intensive care with covid-19 in England alone and many more will have been very sick, but not admitted to hospital," Adam Hampshire at Imperial College London said in a statement. "This means there is a large number of people out there still experiencing problems with cognition many months later." The biological mechanism behind a rare and severe covid-19 response seen in some children may have been uncovered by researchers at the Murdoch Children's Research Institute in Melbourne, Australia. Doctors have so far been unable to identify why some children develop multisystem inflammatory syndrome (MIS) in response to covid-19, which can cause symptoms such as fever, abdominal pain and heart disease.

In the last few years, many strategies and tactics have been used to generate and spread online misinformation. But a recent approach that taps into the power of artificial intelligence to create photos with high accuracy of fictitious personas that purport to be journalists or field experts poses a serious and novel threat to our society. The AI-generated characters fall under a broad umbrella called synthetic media that relies on a technique called generative adversarial network (GAN), in which two networks compete to create photos that are cross-checked to determine whether they are realistic or not. Many websites and applications are now available to generate these photos without the need of any technical background, and they are incredibly convincing. In regard to disinformation campaigns, AI-generated characters have been utilized in three main ways.

Can AI Be Emotionally Intelligent?

Artificial intelligence (AI) machine learning has transformed speech and language recognition technology. A new study published in IEEE Transactions on Affective Computing by researchers affiliated with the Japan Advanced Institute of Science and Technology (JAIST) and Osaka University demonstrates human-like, sentiment-sensing AI machine learning using physiological data. Emotional intelligence, or emotional quotient (EQ), refers to a person's ability to understand and manage emotions in order to build relationships, solve conflicts, manage stress, and other activities. Applied artificial intelligence machine learning practitioners are striving to integrate more human-like traits, such as EQ, in areas such as conversational AI chatbots, virtual assistants, and more for customer service, sales, and other functions. According to Allied Market Research, the worldwide conversational AI market size is projected to reach $32.6 billion by 2030, with a compound annual growth rate of 20 percent during 2021-2030.

Authors of a new study on detecting precancerous polyps in colorectal cancer screening came to the conclusion that "Artificial Intelligence (AI) may detect colorectal polyps that have been missed due to perceptual pitfalls." They go on to say "By reducing such miss rate, Artificial Intelligence may increase the detection of colorectal neoplasia leading to a higher degree of Colorectal Cancer (CRC) prevention." According to a news release, a team of international researchers led by Mayo Clinic reported that AI "reduced by twofold the rate at which pre-cancerous polyps were missed in colorectal cancer screening." The Mayo Clinic defines a colon polyp as "a small clump of cells that forms on the lining of the colon" and says most are harmless. Yet, it cautions, "over time, some colon polyps can develop into colon cancer, which may be fatal when found in its later stages." 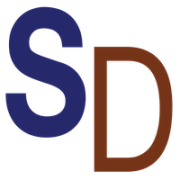 Most colon polyps are harmless, but some over time develop into colon or rectal cancer, which can be fatal if found in its later stages. Colorectal cancer is the second most deadly cancer in the world, with an estimated 1.9 million cases and 916,000 deaths worldwide in 2020, according to the World Health Organization. A colonoscopy is an exam used to detect changes or abnormalities in the large intestine (colon) and rectum. Between February 2020 and May 2021, 230 study participants each underwent two back-to-back colonoscopies on the same day at eight hospitals and community clinics in the U.S., U.K. and Italy. One colonoscopy used AI; the other, a standard colonoscopy, did not. The rate at which precancerous colorectal polyps is missed has been estimated to be 25%.

Researchers design multiple strategies for an artificial intelligent (AI) agent to solve a stochastic puzzle like Minesweeper. For decades, efforts in solving games had been exclusive to solving two-player games (i.e., board games like checkers, chess-like games, etc.), where the game outcome can be correctly and efficiently predicted by applying some artificial intelligence (AI) search technique and collecting a massive amount of gameplay statistics. However, such a method and technique cannot be applied directly to the puzzle-solving domain since puzzles are generally played alone (single-player) and have unique characteristics (such as stochastic or hidden information). So then, a question arose as to how the AI technique can retain its performance for solving two-player games but instead applied to a single-agent puzzle? For years, puzzles and games had been regarded as interchangeable or one part of the other.

A team of researchers affiliated with a host of entities in China has created a type of magnetic slime that can be configured on the fly to perform a variety of robotic tasks. In their paper published in the journal Advanced Functional Materials, the group describes their slime, possible uses for it and the actions they have taken to make it less toxic. Over the past several years, scientists have developed a variety of soft robots meant for possible use in the human body as therapeutic devices. In this new effort, the researchers have added to that list a type of slime that might one day be used to retrieve material swallowed accidentally or to repair internal injuries. Most soft robots meant for use in the body are extremely small, allowing them to move within arteries or veins and into organs.

'We need to be much more diverse': More than half of data used in health care AI comes from the U.S. and China 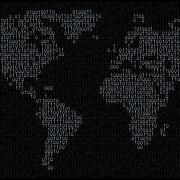 As medicine continues to test automated machine learning tools, many hope that low-cost support tools will help narrow care gaps in countries with constrained resources. But new research suggests it's those countries that are least represented in the data being used to design and test most clinical AI -- potentially making those gaps even wider. Researchers have shown that AI tools often fail to perform when used in real-world hospitals. It's the problem of transferability: An algorithm trained on one patient population with a particular set of characteristics won't necessarily work well on another. Those failures have motivated a growing call for clinical AI to be both trained and validated on diverse patient data, with representation across spectrums of sex, age, race, ethnicity, and more.