In some places, swarms of drones have replaced Fourth of July fireworks

Traditional Fourth of July fireworks displays are being replaced by large swarms of small drones with colored lights. It reduces wildfire risk, pollution and loud noises. 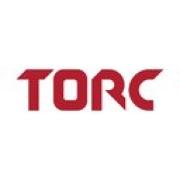 At Torc, we have always believed that autonomous vehicle technology will transform how we travel, move freight, and do business. A leader in autonomous driving since 2007, Torc has spent over a decade commercializing our solutions with experienced partners. Now a part of the Daimler family, we are focused solely on developing software for automated trucks to transform how the world moves freight. Join us and catapult your career with the company that helped pioneer autonomous technology, and the first AV software company with the vision to partner directly with a truck manufacturer. This is a team of experienced engineers & Technicians that work on our autonomous trucks to integrate hardware and deploy software.

The next decade will be a journey towards building an intelligent world during which we will witness dreams of the past turn into inventions of the day and features of science fiction emerge as daily life utilities. Exploration and innovation will be the driving force of this new future. Our quality of life at home and work will be greatly improved. Our lives in 2030 will face marked improvements including more plentiful food, larger living spaces, renewable energy, and greater efficiency and security. In fact, nearly all repetitive and dangerous work will be done by machines.

R vs Python for machine learning

Machine learning (ML) is one of the most profitable sectors of software development right now. That's because of how useful machine learning techniques are in the rapidly growing field of data science. Data science, a field of applied mathematics and statistics, gleans useful information by the analysis and modeling of large amounts of data. Machine learning involves developing computer systems that learn and adapt using algorithms and statistical models. Applying ML techniques to data science makes it possible to advance from insights to actionable predictions.

AI has fueled efficiencies across industries for years. It's old news by now, but as I've said before, that's a good thing. Conversations about AI sound much different today than they did 10 years ago. Instead of wondering whether AI will help businesses grow or increase bottom lines, the proliferation of the technology has pushed AI conversations in more meaningful and complex directions. One area I'm particularly interested in is data privacy and biases in AI models.

The AI 'gold rush' in Washington 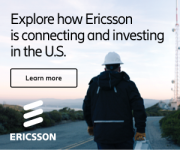 AI's little guys are getting into the Washington influence game. Tech giants and defense contractors have long dominated AI lobbying, seeking both money and favorable rules. And while the largest companies still dominate the debate, pending legislation in Congress aimed at getting ahead of China on innovation, along with proposed bills on data privacy, have caused a spike in lobbying by smaller AI players. A number of companies focused on robotics, drones and self-driving cars are all setting up their own Washington influence machines, positioning them to shape the future of AI policy to their liking. A lot of it is spurred by one major piece of legislation: The Bipartisan Innovation Act, commonly referred to as USICA -- an acronym for its previous title, and its goal to out-innovate China.

When Will Tesla Produce A Functional Humanoid Robot?

After postponing Tesla's upcoming AI Day from August 19 to September 30, CEO Elon Musk chimed in saying the company could have a working humanoid sooner than planned. Dubbed "Optimus," the upcoming humanoid robot was revealed at last year's AI Day, and the first prototype could enter the world stage in a matter of months. As for why AI Day was postponed, Musk said it was because Tesla could have a working Optimus humanoid robot to show off by September 30, according to Forbes. While the company has already debuted its handle on AI through its Full-Self Driving beta and Autopilot systems, Optimus will represent an entirely new set of applications for the technology, necessitating a lot of work and data before it's completed. According to the debut of the humanoid robot at last year's AI Day, Optimus will only be able to go 5 mph, and will lift up to 45 pounds or deadlift up to 150 pounds.

The idea being that in an evolving artistic landscape, technology will play a huge role in the next wave of masterpieces. The hope is that AI will be able to take over for the painstaking grunt work of individual cell shading and clumsy greenscreen for movies, and much more. Currently the application has been limited to a few websites that are in beta mode (essentially a testing phase), a few invitations sent out to curious users who are sharing their findings with the rest of the internet. The results have been a mix of curious, terrifying, and hilarious. Already, a new wave of memes has surged through social media, pictures of clowns on the moon, beloved television shows overrun by dinosaurs, and celebrities eating cheese.

"You put a car on the road which may be driving by the letter of the law, but compared to the surrounding road users, it's acting very conservatively. This can lead to situations where the autonomous car is a bit of a fish out of water," said Motional's Karl Iagnemma. Autonomous vehicles have control systems that learn how to emulate safe steering controls in a variety of situations based on real-world datasets of human driving trajectories. However, it is extremely hard to program the decision-making process given the infinite possible scenarios on real roads. Meanwhile, real-world data on "edge cases" (such as nearly crashing or being forced off the road) are hard to come by.