As machine learning models become increasingly sophisticated, there is a growing concern that they may contain hidden biases that could lead to inaccurate or unfair predictions. In this blog post, we'll explore the issue of bias in natural language processing (NLP), and discuss some methods for detecting and mitigating it. Adoption of NLP has exploded in the last few years, and this growth is only expected to accelerate. According to Statista, in 2025 the NLP market will be nearly 14 times larger than it was in 2017. Much of this growth will be driven by adoption in the healthcare, retail and financial services industries--to name a few.

Daniel Faggella is Head of Research at Emerj. Called upon by the United Nations, World Bank, INTERPOL, and leading enterprises, Daniel is a globally sought-after expert on the competitive strategy implications of AI for business and government leaders. NVIDIA is a multinational company known for its computing hardware, especially its graphics processing units (GPUs) and systems on chip units (SoCs) for mobile devices. The company went public on January 22, 1999. While the company remains focused on hardware production, it has implemented deep learning and AI into its GPUs and specific software, such as its autonomous driving platform. The company trades on the NASDAQ (symbol: NVDA) with a market cap of just above $418 billion and employs approximately 23,000 globally.

Originally published on Towards AI the World's Leading AI and Technology News and Media Company. If you are building an AI-related product or service, we invite you to consider becoming an AI sponsor. At Towards AI, we help scale AI and technology startups. Let us help you unleash your technology to the masses. I recently came across this question on determining our trust in AI systems.

War is the worst human invention that ruins lives and leaves unhealed wounds for many generations. The wars of the past Millennium had at least some honesty in them in the way that they were declared, and it was clear who was against whom. However, modern-day warfare is different. The informational war is a huge portion of the ongoing war between Ukraine and Russia, with a lot of fake news that manipulates public opinion. The government of Russia has deployed entire networks of TV channels that target Western audiences, and now they are heavily utilizing them to change the world's opinion about Ukraine, make false claims about it, and convince that Russia is not killing people but "saving them."

Ubisoft will drop details on Assassin's Creed and more games on Sept. 10th

Ubisoft will share updates and announcements about its roster of projects in a showcase on September 10th at 3PM ET. The event will be streamed on Ubisoft channels on YouTube, Twitch and the studio's official website, and it'll include news on "multiple games and projects from Ubisoft teams around the world," according to spokesperson Youssef Maguid. Back in June, Ubisoft confirmed plans to share information about the future of Assassin's Creed during a special event in September, and this appears to be that. Ubisoft is currently working on two Assassin's Creed projects: one is a live multiplayer experience spanning multiple time periods codenamed Infinity, and the other is a standalone series installment codenamed Rift. Early reports indicate Rift started out as an expansion to Assassin's Creed Valhalla, and it stars Basim Ibn Ishaq from that title.

As robots are gradually introduced into various real-world environments, developers and roboticists will need to ensure that they can safely operate around humans. In recent years, they have introduced various approaches for estimating the positions and predicting the movements of robots in real-time. Researchers at the Universidade Federal de Pernambuco in Brazil have recently created a new deep learning model to estimate the pose of robotic arms and predict their movements. This model, introduced in a paper pre-published on arXiv, is specifically designed to enhance the safety of robots while they are collaborating or interacting with humans. "Motivated by the need to anticipate accidents during human-robot interaction (HRI), we explore a framework that improves the safety of people working in close proximity to robots," Djamel H. Sadok, one of the researchers who carried out the study, told TechXplore. 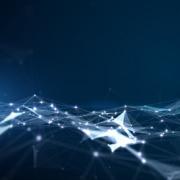 Researchers focused on the ability for humans to understand how an ML model makes its decisions. MIT researchers are striving to improve the interpretability of features of machine learning models so that decision makers will be more comfortable using the outputs of those models. Drawing on years of field work, they developed a taxonomy to help developers craft features that will be easier for their target audience to understand. "We found that out in the real world, even though we were using state-of-the-art ways of explaining machine-learning models, there is still a lot of confusion stemming from the features, not from the model itself," says Alexandra Zytek, an electrical engineering and computer science Ph.D. student and lead author of a paper introducing the taxonomy. To build the taxonomy, the researchers defined properties that make features interpretable for five types of users.

How the U.S. Can Advance Artificial Intelligence Without Spending a Dime

Federal officials have largely come around to the idea that research funding is crucial for U.S. leadership in artificial intelligence, but there are ways to accelerate innovation besides pouring in more money, according to tech experts. For one, they said, the government could map a long-term strategy for advancing the technology. "The U.S. has been slow in making this a national imperative," Dean Garfield, president and CEO of the Information Technology Industry Council, said Thursday on a panel hosted by Politico. "The signal that comes from the top … is critically important here and has the opportunity to really catalyze that action in a way that wouldn't happen without it." The Office of Science and Technology Policy on Wednesday requested industry input on updating an AI research and development strategy the White House published in 2016.