Data science is the hottest field and shows no signs of slowing down. Learn topics ranging from programming in Python to deep learning to distributed computing with these free data science courses.

Why Use Ensemble Learning?

What are the Benefits of Ensemble Methods for Machine Learning? Ensembles are predictive models that combine predictions from two or more other models. Ensemble learning methods are popular and the go-to technique when the best performance on a predictive modeling project is the most important outcome. Nevertheless, they are not always the most appropriate technique […]

My Recommendations to Learn Mathematics for Machine Learning

I have always emphasized on the importance of mathematics in machine learning. Here is a compilation of resources (books, videos, and papers) to get you going. This is not an exhaustive list but I have carefully curated it based on my experience and observations. This is a repost of my Twitter thread that you can find here. I will keep updating the list here as I come across more useful resources.

Robotic Drives & Physics: Robotics, learn by building III Just in time for Black Friday, this course is being uploaded as you read this! Main lessons will be posted over the months of November and December. Description Please note: Content is being uploaded through November/December. This is a new course. Building on the knowledge you gained in the Analog Electronics and Digital Electronics modules, you'll open even more doors to diverse careers and hobbies by learning how to physically move robots and mechatronics. Robotic drives and physics are intimately intertwined - almost the same topic in fact.

Choosing the right architecture for your deep learning model can drastically change the results achieved. Using too few neurons can lead to the model not finding complex relationships in the data, whereas using too many neurons can lead to an overfitting effect. With tabular data it is usually understood that not many layers are required, one or two will suffice. To help understand why this is enough look at the Universal Approximation Theorem, which proves (in simple terms) that a neural network with one layer and a finite number of neurons can approximate any continuous function. However, how do you pick the number of neurons for that neural network?

Marketers are increasingly using machine learning technology to help implement campaign strategies. But the introduction of machine learning can raise programming concerns, concerns which many marketing professionals may only have a surface-level understanding of. If you are a marketing professional who finds themselves in this situation, understanding pipelines is a good place to start learning without being overwhelmed. Pipelines are process steps necessary in building a machine learning algorithm. "Pipeline" is used by developers to describe the series of events which feed one into the other from source code and on into a production environment.

ROBOTS swim in schools 'school' to save energy, study finds

It has been known for centuries that many fish swim in schools, with large groups moving in unison. But scientists have never fully known why, and have been unable to prove how this behaviour benefits them. Now, European researchers have used robotic fish to show it it is up to 13.5 per cent more efficient for fish to swim in a group than alone, allowing them to save energy. This had been the long-standing theory, but it had never been conclusively proven. European researchers used robotic fish to prove it is because they allow fish to save energy and up to 13.5 per cent more efficient than swimming alone Scientists from the Max Planck Institute of Animal Behavior (MPI-AB), the University of Konstanz, and Peking University, set about building a lifelike robot to test the hypothesis. 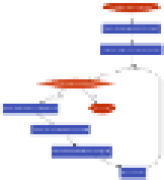 Let's talk about a topic that people are only whispering about at the moment, Active Learning. Active learning is a sub-field of Artificial Intelligence which is based on the fact that curious algorithms are better learners both in terms of efficiency and expressivity. The core idea is to let the algorithm pick examples to be trained on rather than the model be trained on all available training data. Active Learning is perhaps one of the simplest ideas in the field of AI. There are multiple variations to this idea but all of them have the stated theme.

As organizations invest more in their AI and data capabilities, employees understand the growing influence of these technologies on their companies and careers. But despite their best efforts, many of these employees will not have the right training and qualifications to work effectively with AI. It's important for organizations to establish education and training requirements for their AI practitioners. Data scientists have varying qualifications, and not all have sufficient training in mathematics or computer science for AI projects. Even an employee with a Ph.D. might have studied a narrow field that isn't relevant to a particular company's needs.

Top 10 Books You Must Read Before Starting With Machine Learning

In this article, we are going to list the top 10 Machine Learning books that you should read before you start with it. As you know, Machine Learning is a combination of statistic techniques that help computers learn stuff done by humans. This way we are achieving some results with superhuman precision. Now, as we all know, in order to understand the basics of Machine Learning, it's nice to have some knowledge in different areas of "Mathematics". Before you start reading these top 10 books before starting with Machine Learning, we want to show you two other related articles that you will find very helpful.