A Honeywell smart thermostat is seen above. If you compare the inside of a modern home to one from about 25 years ago, you're going to notice some stark differences -- not just the phone book on the kitchen counter. Rapid advancements in tech over the past two decades have had an impact on everything from the way we communicate to the conveniences of home life. While you expect some household staples to change from generation to generation, things that were part of an average home for decades are now unnecessary. That's because just about any common household gadget can be replaced with a smarter device.

Annually since 2016, Google has released a pair of flagship Pixel smartphones designed to showcase the very best of Android. This year was like any other with the debut of the Pixel 4 and Pixel 4 XL, which ship running Android 10. But what's unusual this time around is that the newest duo's hardware is perhaps just as compelling as their software. Gone is the two-tone rear cover that featured prominently on the original Pixel, Pixel 2, and Pixel 3 series, replaced with polished and grippy Corning Gorilla Glass 5. It's easier to grasp ahold of than that of the Pixel 3 and Pixel 3 XL, and it's more resistant to oily fingers and pocket lint. The Pixel 4 series is IP68 certified to withstand up to five feet of water for half an hour, which puts it on par with the outgoing Pixel 3 series. But both the Pixel 4 and the Pixel 4 XL are a good deal heavier than the Pixel 3 (5.71 The Pixel 4 series' frame is coated with a soft-touch material that's jet black on all three of the colorways -- Clearly White, Just Black, and the limited edition Oh So Orange. The haptics, which Google characterizes as "sharp and textured," feel great.

Franz Schubert composed his Symphony No.8 in 1822, but never completed it, making only two movements along with an outline of a third. Nearly 200 years later, Huawei, Emmy-awarding composer Lucas Cantor, and artificial intelligence (A.I.) inside the Mate 20 Pro smartphone have done what the renowned composer didn't. They've finished the unfinished symphony. The project is a continued illustration of not only the power of Huawei's Kirin 980 processor and Dual-Neural Processing Unit (NPU) artificial intelligence accelerator, but also the potential for using A.I. in varied creative projects. We're familiar with A.I. modes on smartphone cameras, and Huawei has previously demonstrated the power and speed of its A.I. in a self-driving car, where a phone was used to identify and help avoid obstacles.

NVIDIAVoice: The New Normal: Artificial Intelligence And The Move To Voice-Based Search

When you think of the power and reach of voice through the lens of technology, you likely think back to simpler times--a time when whole families would gather in front of the radio and listen to Orson Welles' gripping narration of "War of the Worlds," or a time when the only contact you had with your crush was through a landline that you constantly had to fight off your annoying siblings to use. Telephony and radio were huge tech empires built on the power of voice, but as technology evolved, they quickly started becoming obsolete. Video killed the radio star, talking morphed into texting and voice as a tech powerhouse was cracking. But then the tides started turning yet again. Podcasts burst onto the scene and became a surprise hit.

Qualcomm doubles down on IoT with new chips for smart cameras

This week in IoT, Qualcomm reveals efforts to have its chips in every single device, with two new models specifically designed for connected devices. There was cause for celebration among internet of things (IoT) device manufacturers this week with news that a'semi-infinite' supply of rare Earth minerals was located off the coast of Japan. The deposit – located entirely within Japan's maritime boundaries – is believed to contain 16m tonnes of minerals necessary to build IoT devices, mobile phones and even electric vehicles. With China holding much of the world's supply right now, the discovery of another major source of rare Earth minerals could help manufacturers to avoid the knock-on effects of a trade war. Not content with cornering the Android smartphone market, Qualcomm revealed this week that it is launching two new systems-on-a-chip for IoT.

For this year's report, I took a stab at learning all the CSS/JS that I've always wanted to know, and then went after the task of making a fully responsive report. I've succeeded in doing so, and so this PDF version isn't as good as the real thing. In the next few days I will be sharing a link to the real digital experience. But for now -- enjoy this static version of the report which has a few parts that couldn't render to static form. Because ... this year's report is truly computationally designed and therefore needs to be expressed appropriately (smile). Expect a video version on my new YouTube channel "John Maeda is Learning." What can I do about it? As the marginal return on computing power (a la Moore's law) diminishes and technology is less of a differentiating factor, the value of design has entered the foreground. Five (20%) of the top cumulative-funded VC- backed ventures that have raised additional capital since 2013 are noted to have designer co-founders.

Pixel 2 and Pixel 2 XL: everything we think we know

Two new Pixel phones and a competitor to Amazon's Echo Dot are among the products expected to be unveiled today at an event held by Google. The Pixel 2 and Pixel 2 XL phones will be iterations of the first Pixel phones released a year ago, according to leaks, while the Google Home Mini smart speaker is expected to be similar to Amazon's shrunk-down Echo Dot smart speaker, squeezing the voice-control features into a smaller package but requiring a separate speaker for high-quality music playback. It appears the phones are part of the company doubling down its efforts to compete directly with Apple in smartphone hardware. Additionally, they will continue to provide Google the opportunity to demonstrate the extent of its software prowess when freed from the requirement to work closely with other Android device manufacturers. These are the Google Pixel 2 and Pixel 2 XL https://t.co/cXCs560jNH 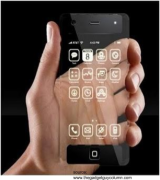 Artificial Intelligence (AI) reminds us of many Hollywood movies, like The Terminator, The Matrix etc, in which machines surpass ability and smartness of human beings to perform incredible acts. With significant advancement in technology, it is now actually possible to empower a machine with AI by using a few programming techniques and database management system. But AI is no restricted to machines robotics only, and is now seen as the next frontier of mobile devices too. Cortana, Siri and Google Now have already shown us how AI can make a difference in digital world to make human lives better. They behave as personal assistants to advise and suggest a user, like reminding birthdays of loved ones, an important meeting, a major event and many more.