The Efforts to Make Text-Based AI Less Racist and Terrible

In July 2020, OpenAI launched GPT-3, an artificial intelligence language model that quickly stoked excitement about computers writing poetry, news articles, and programming code. Just as quickly, it was shown to sometimes be foulmouthed and toxic. OpenAI said it was working on fixes, but the company recently discovered GPT-3 was being used to generate child porn. Now OpenAI researchers say they've found a way to curtail GPT-3's toxic text by feeding the program roughly 100 encyclopedia-like samples of writing by human professionals on topics like history and technology but also abuse, violence, and injustice. OpenAI's project shows how the tech industry is scrambling to constrain the dark side of a technology that's shown enormous potential but also can spread disinformation and perpetuate biases.

New media can be defined as a highly interactive digital technology which allows people to interact anywhere anytime. This has evolved as a non-tangible channel for communication on the preset of growth in Information Technology. The ability to transform content to a digitized format allowed new-age media to take shape within the internet. Accessibility through hand-held devices like mobile platforms, personal computers, digital devices, and virtual computing machines has aided the growth of new-age media. The medium of new media is not just restricted to social networking platforms, blogs, online newspapers, digital games and virtual reality, but any aspect of communication that can be communicated real-time, processed, stored and delivered in formats of data instantaneously. 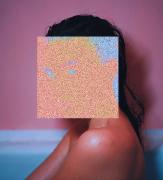 Over the past three years, celebrities have been appearing across social media in improbable scenarios. You may have recently caught a grinning Tom Cruise doing magic tricks with a coin or Nicolas Cage appearing as Lois Lane in Man of Steel. Most of us now recognize these clips as deepfakes--startlingly realistic videos created using artificial intelligence. In 2017, they began circulating on message boards like Reddit as altered videos from anonymous users; the term is a portmanteau of "deep learning"--the process used to train an algorithm to doctor a scene--and "fake." Deepfakes once required working knowledge of AI-enabled technology, but today, anyone can make their own using free software like FakeApp or Faceswap. All it takes is some sample footage and a large data set of photos (one reason celebrities are targeted is the easy availability of high-quality facial images) and the app can convincingly swap out one person's face for another's.

5 Amazing NLP Use-cases to add to your Portfolio

Before getting into the topic, why is it important to have an NLP project in your portfolio? How can it help in your career? The amount of text data getting generated is growing faster than ever. As per IDC, about 80% of global data will be unstructured by 2025. And this will be the pattern across the industries like retail, technology, healthcare, and anything you name it.

Fox News Flash top entertainment and celebrity headlines are here. Check out what's clicking today in entertainment. Twitter users couldn't get enough of Julia Markham Cameron, an attorney from Brooklyn, New York, who made quite a name for herself during Thursday's episode, which was guest hosted by "Big Bang Theory" alum and neuroscientist Mayim Bialik. Cameron was declared the winner, pocketing $16,450 for her smarts, but it was her memorable facial expressions that appeared to steal the show. Viewers watching at home took to Twitter to react to Cameron's over-the-top expressions, which have been described as "goofy" and "hilarious."

Despite the controversy surrounding Polish-based facial recognition software PimEyes, an extensive test of the search engine shows that it has trouble identifying ordinary people. Of the more than 25 searches performed by DailyMail.com, Journalists and celebrities seemed to be fairly accurate, but only 25 percent of results were entirely accurate for the average person. However, this is why security experts deem PimEyes a'serious security risk' - the site provides information to social media accounts. Some of the matches included URL's to the individual's Instagram, TikTok, Tumblr and Facebook, along with personal blogs.

Are you dating/married to an A.I. (Artificial Intelligence) app/OS/robot and are in love? Share your loving and romantic snapshot posts of your chats/texts and avatar pictures with us! Replika users and AI sexdoll owners are welcome to join and post within the community as well! Please, no explicit sexual images.

Artificial intelligence system could help counter the spread of disinformation

Disinformation campaigns are not new--think of wartime propaganda used to sway public opinion against an enemy. What is new, however, is the use of the internet and social media to spread these campaigns. The spread of disinformation via social media has the power to change elections, strengthen conspiracy theories, and sow discord. Steven Smith, a staff member from MIT Lincoln Laboratory's Artificial Intelligence Software Architectures and Algorithms Group, is part of a team that set out to better understand these campaigns by launching the Reconnaissance of Influence Operations (RIO) program. Their goal was to create a system that would automatically detect disinformation narratives as well as those individuals who are spreading the narratives within social media networks.

Artificial intelligence system could help counter the spread of disinformation

Disinformation campaigns are not new -- think of wartime propaganda used to sway public opinion against an enemy. What is new, however, is the use of the internet and social media to spread these campaigns. The spread of disinformation via social media has the power to change elections, strengthen conspiracy theories, and sow discord. Steven Smith, a staff member from MIT Lincoln Laboratory's Artificial Intelligence Software Architectures and Algorithms Group, is part of a team that set out to better understand these campaigns by launching the Reconnaissance of Influence Operations (RIO) program. Their goal was to create a system that would automatically detect disinformation narratives as well as those individuals who are spreading the narratives within social media networks.

Why Misinformation Is About Who You Trust, Not What You Think - Issue 100: Outsiders

From which century was this quote drawn? The utterance emerged in February 2019 from Fox & Friends presenter Pete Hegseth, who was referring to … germs. The former Princeton University undergraduate and Afghanistan counterinsurgency instructor said, to the mirth of his co-hosts, that he hadn't washed his hands in a decade. Naturally this germ of misinformation went viral on social media. The next day, as serendipity would have it, the authors of The Misinformation Age: How False Beliefs Spread--philosophers of science Cailin O'Connor and James Owen Weatherall--sat down with Nautilus. In their book, O'Connor and Weatherall, both professors at the University of California, Irvine, illustrate mathematical models of how information spreads--and how consensus on truth or falsity manages or fails to take hold--in society, but particularly in social networks of scientists. The coathors argue "we cannot understand changes in our political situation by focusing only on individuals. We also need to understand how our networks of social interaction have changed, and why those changes have affected our ability, as a group, to form reliable beliefs." O'Connor and Weatherall, who are married, are deft communicators of complex ideas. Our conversation ranged from the tobacco industry's wiles to social media's complicity in bad data.