In the contemporary digital age, mass atrocity crimes are increasingly promoted and organized online. Social media, encrypted chatrooms and messaging apps have been employed (by regimes and non-state actors alike) to stoke racial and political division, recruit sympathizers and facilitate atrocities. At the same time, there is increasing evidence of the power and promise of offensive cyberspace operations in conflict. Despite the parallel attention afforded to atrocity prevention and cyber operations (respectively), the overlap between these two scholarly investigations is thin. In fact, almost no attention has been afforded to the question of whether proactive cyberspace operations might be used for human protection purposes--specifically, to prevent genocide, war crimes, crimes against humanity and ethnic cleansing. In this article, I introduce the concept of'cyber humanitarian interventions'--the use of sophisticated cyber operations to frustrate perpetrators' means and motivations for mass atrocities--as a new tool in the atrocity prevention toolbox. This article therefore seeks to initiate a research agenda that considers how cyber humanitarian interventions could be used for human protection in the twenty-first century. Such an investigation is particularly timely and policy relevant, as international responses to violence have been mixed, and--in the absence of political will for costly armed military interventions--many atrocities continue unabated. If you go to Maiduguri [a Nigerian territory previously occupied by Boko Haram], you find people who don't have money to eat a proper meal, but for the sake of … a human inclination to remain connected to society … they will be holding some outdated model of a smartphone through which the internet would be used. In effect, this is an execution list. Mass atrocities--genocide, ethnic cleansing, war crimes and crimes against humanity--constitute a particularly unacceptable assault on'the moral conscience of mankind'.1 Such acts are certainly not unique to the twenty-first century, but what is unique now is the pervasiveness and sophistication of cyberspace. Cyberspace has had an unprecedented effect on how society functions, especially as a tool for fomenting division and organizing violence.2 The increasing focus on the politics and ethics of cyber operations has occurred alongside recognition of the need to protect vulnerable populations from mass atrocity crimes. In an effort to move away from the'right' to intervene militarily, at the United Nations' 2005 World Summit states unanimously agreed to the Responsibility to Protect (R2P) norm.3

Most companies big and small tackle identity fraud daily and have come to rely on a fleet of tools, including multifactor authentication and CAPTCHA (completely automated public Turing test to tell computers and humans apart) codes, to help identify potential identity fraud. While these tools help to some extent, they don’t catch everything. According […]

Cutting Through the Reality Distortion Field of ChatGPT

The most discussed story of the holiday season was not about ransomware or a supply chain attack but about "the smartest chatbot yet" - Chat Generative Pre-trained Transformer or ChatGPT. In the past two months, ChatGPT has taken the world by storm, and its feats were reported in The New York Times and other mainstream media. ChatGPT is not just another AI model among the thousands out there. It is touted to challenge human intelligence and take AI closer to humans. It garnered a million users in the first five days since its launch.

Artificial Intelligence: The Bridge Between Utopia and Dystopia

It was believed that Hephaestus, the Greek god of metallurgy, created and programmed a giant bronze warrior named Talos to protect Crete. Talos is said to be a futuristic cybernetic creature that can think and feel. It was believed that Hephaestus created the creature as part of his project, combining neurological-computer interfaces and living and non-living components into one massive being. The mythology surrounding the creation of the warrior is also said to be the first example of people thinking about the potential of Artificial Intelligence and intelligent robots. Cut to the present, Artificial Intelligence is all around us, and data and algorithms have become more essential to our lives than we can fathom. 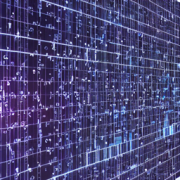 Cybersecurity Will Shift in 2023 Thanks to AI - RTInsights

AI will form a key component of cyber defense strategies in 2023, allowing companies to move to an entirely new approach to cybersecurity. Because of this, companies look to innovative tools to respond to threats and--even better--prevent them in the first place. Previously, Gartner outlined its top seven cybersecurity trends for last year. With each one, it becomes more apparent that humans will need the support of artificial intelligence and machine learning tools to stay ahead of the curve. These predictions for 2022 are becoming even more potent for this year.

Future of AI and Machine Learning in Cybersecurity

Cybersecurity protects internet-connected systems, including hardware, software, and data, from attack, damage, or unauthorized access. The importance of cybersecurity has grown in recent years as more and more of our daily activities and important information are stored and transmitted online. There are many different types of cybersecurity threats, including hacking, malware, phishing, and ransomware. Hacking refers to unauthorized access to a computer system or network. Malware is software specifically designed to harm or exploit a computer or network.

There are many exciting advancements made in the field of artificial intelligence (AI), like machine learning at the edge, explainable AI, and adversarial machine learning. This rapid progression of AI is accelerating industry innovations, including medical imaging, speech recognition, robotics, logistics, and cybersecurity. While many enterprises are exploring new use cases and possibilities for AI, a considerable number of IT teams, business units, and stakeholders still need to familiarize themselves with AI and analytics technology. Businesses require a platform that gives them access to catalogs of AI tools and information to guide them along their AI journey and help them accelerate and implement AI technologies at scale. Ronald van Loon is a NVIDIA partner and had the opportunity to discuss the new release of NVIDIA AI Enterprise 3.0 to support and accelerate business AI workloads. 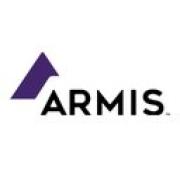 Armis is looking for a few of the very best people in their field to join our A-team of big thinkers, doers, movers, and shakers. This unique opportunity truly offers the best of all worlds--start up culture, enterprise level benefits and security, and top pay for the industry. Good, keep reading, it only gets better. Ok, so what exactly does Armis do? Connected assets are growing at an explosive rate, across every industry and every geo.

Before viewing the Machine Learning Engineer at ADT Security Services, Inc job, please verify that you are a human and not a robot overlord.