Law enforcement agencies are just loving spending tax dollars on Boston Dynamics' horrifying robo-dog, Spot, to test out in increasingly tasteless, abjectly dystopian scenarios. Recently, the NYPD proudly trotted out its own $94,000 quadrupedal dog-bot for street patrols, only to terminate its contract with Spot's makers barely two months later following New Yorkers' collective "Fuck this shit" response. Now, renewed inquiries are detailing somehow even more horrifying usages -- Honolulu police employed their own $150,045 federally funded Spot to "take body temperatures, disinfect, and patrol the city's homeless quarantine encampment" during the COVID-19 pandemic. Costly thermometer -- "As for its use helping Honolulu combat COVID-19, the city's spending data says Spot was purchased to take people's temperatures at HPD's tent city for homeless people," reported the Honolulu Civil Beat back in January, "In other words, its ostensible use is as a thermometer, according to the city's spending justification, though HPD says it can do more." "The only question the city council asked of HPD [during a January hearing] was whether the robot could be used to crack down on Honolulu's fireworks problem," added Motherboard in an update earlier today.

Health Secretary Matt Hancock is urging anti-vaxxers not to be given any'credence'. Speaking at a parliamentary event about vaccinations, Mr Hancock stressed the importance of not promoting psuedoscience that spreads the misinformation of jabs being dangerous, The Telegraph reported. 'We have to make sure communications around vaccinations are always positive and about the positive value of vaccines, rather than engage in debate which only improves the chances of [false] claims,' he said. 'It's very important that misinformation isn't spread and the most important thing we can do is to get the scientifically-based objective evidence of the value of vaccinations out there so that people know the truth.'

Nanobots can eat nerve agents and then spit out an antidote

Fluid-pumping proteins that are embedded into jelly-like membranes could be used to intercept toxic nerve agents and deliver an antidote at the same time. Exposure to organophosphate nerve agents – which include Novichok nerve agents – can disrupt muscle function and lead to convulsions or difficulty breathing. Researchers have now shown that an enzyme can catalyse the breakdown of such compounds, creating a nanometre-sized pump that can both devour the nerve agent and spew out an antidote. "The nerve agents are their food, or fuel," … 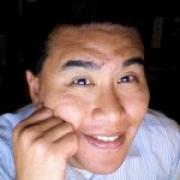 Robots are secretly plotting to kill us. Or, at best, they will take our jobs, one by one. From science fiction written by Isaac Asimov eight decades ago to "Dilbert" cartoons today, the relationship between robots and humans has long fascinated--and worried--people. And there are concerns beyond the ones stoked by watching too much "Terminator ." Apple computer pioneer Steve Wozniak once suggested that robots would turn us into their pets .

It has housed soldiers, scientists, and even ravers, but Fort Alexander near St Petersburg now lies abandoned. Magnificent drone footage shows the fortress, named after a Russian Emperor, in its current forsaken state. The structure was built between 1838 and 1845 on an artificial island in the Gulf of Finland. Dramatic drone footage shows the derelict Russian'Plague Fort' near St Petersburg in the Gulf of Finland During the Crimean war the fort guarded the Imperial Russian Navy base in Kronstadt against British and French fleets. But it was never involved in hostilities and lost its military value soon after construction.

How to Prevent a Plague of Dumb Chatbots

For the past few minutes I've been chatting with George Washington, and honestly he seems rather drunk. He also appears to have been hanging around with 20-somethings, because he keeps saying things like "cool, haha," and "u wanna join my army or wut?" This, of course, is not actually America's first president. It is automated, conversational artificial intelligence, known as a chatbot, created by Drunk History, a comedy TV show, and made available through the messaging program Kik. You can now chat with all sorts of bots through a number of messaging services including Kik, WeChat, Telegram, and now, Facebook Messenger. Some are simply meant to entertain, but a growing number are designed to do something useful.

A virtual plague is a process in which a behavior-affecting property spreads among characters in a Massively Multiplayer Online Game (MMOG). The MMOG individuals constitute a synthetic population, and the game can be seen as a form of interactive executable model for studying disease spread, albeit of a very special kind. To a game developer maintaining an MMOG, recognizing, monitoring, and ultimately controlling a virtual plague is important, regardless of how it was initiated. The prospect of using tools, methods and theory from the field of epidemiology to do this seems natural and appealing. We will address the feasibility of such a prospect, first by considering some basic measures used in epidemiology, then by pointing out the differences between real world epidemics and virtual plagues. We also suggest directions for MMOG developer control through epidemiological modeling. Our aim is understanding the properties of virtual plagues, rather than trying to eliminate them or mitigate their effects, as would be in the case of real infectious disease.