A dangerous, new group of synthetic opioids called nitazenes are rapidly spreading across the U.S. LONDON, Ohio – A dangerous, new group of synthetic opioids called "nitazenes" is rapidly spreading across the U.S. In Ohio, the state's Attorney General Dave Yost issued a warning about the prevalence of nitazenes as the Buckeye state saw an increase in the illicit drug. The drug, nicknamed "Frankestein opioids," can be 1.5 to 40 times more potent than fentanyl. It is not approved for medical use anywhere in the world but is currently being made in clandestine labs, according to a bulletin from the Ohio Bureau of Criminal Investigation (BCI). At BCI, forensic experts are sounding the alarm after tracking a year-over-year increase in nitazenes. In the first quarter of 2022, BCI reported 143 nitazene cases in Ohio, up from 27 cases in the same quarter of 2021.

Tim Maughan is a writer of fiction and nonfiction. His debut novel "Infinite Detail" (FSG, 2019) was The Guardian's science fiction and fantasy book of the year and was shortlisted for the Locus Award for best first novel. "Where'd you find this guy?" Dave Clutch asks me, pushing bangs out of anime-girl eyes with a flick of a cell-shaded hand. "Yeah, nice try lol," I reply. "Like I'm gonna tell you my trade secrets." I brace for a stylized sweat drop that never comes, thankfully. The aesthetic is so played out that my reaction to it borders on allergic, but at least it is an aesthetic. When I first found Dave he was just another youtuber, all skinny white boy grey skin and sagging eye bags lit by nothing but the slowly cycling RGB LEDs of his gaming rig, staring awkwardly into the camera as he read his scripts and flicked real bangs of hobbit hair out of his eyes. It was a look that screamed a desperate need for authenticity, and it was the first thing I had to beat out of him. Back then he was posting weekly videos about his patent dives into smart contact lens technology -- long, rambling monologues detailing what he'd unearthed about some obscure Chinese manufacturer and how they were going to "reinvent personal immersion" by making VR headsets and spex obsolete. What he didn't know was that the company was already in acquisition talks with Meta, and they'd been feeding him bullshit patents for fantasy tech in order to drive their market value up. Meta didn't give a fuck, the whole deal was pocket change for them, but the day traders whose algos had already decided his info was whack and the company was a good shorting opportunity were pissed and braying for blood. It didn't help that Dave had been stupid enough to blow his student loans on buying shares in them himself. It was not, as we used to say, a good look.

The Cyborg Revolution: Are They Here Yet?

The cyborgs are upon us. Turns out, they're more'enhanced reality' and less'science fiction.' In 1998, Professor of Cybernetics Kevin Warwick had a chip implanted in his body that would open electronic doors and turn on lights as he passed. In 2002, he had a 100 electrode array wired into the nervous system of his arm to allow him to remotely control an artificial hand. Performance artist Stelios Arcadiou (who has changed his name to Stelarc) has spent 10 years growing an artificially-created ear that is surgically attached to his left arm. In 2009, Jerry Jalava, a Finnish computer engineer who lost part of a finger in a motorcycle accident, turned his prosthetic finger into a USB drive.

The major science-fiction films that get botany spectacularly wrong

WHAT with everything that has happened this year, I have found myself at home watching the box more often than usual. That was especially true recently when I was laid up in bed for three weeks with covid-19. I spent my time largely watching my favourite genre of film: science fiction. This has made me realise how surprisingly often my main passion – plants – plays a vital role in the plot of such films. And so, as 2021 draws to an end, I offer you my essential analysis of the botanical accuracy of a selection of sci-fi films.

Each year, Microsoft co-founder Bill Gates publishes a list of his top holiday reading books, which reveal something about how he's looking at the world and the problems he wants to solve. This year, his entry opens with a reflection on conversations about science fiction novels he once had with his friend and Microsoft co-founder, Paul Allen, who died in 2018. "When I was a kid, I was obsessed with science fiction. Paul Allen and I would spend countless hours discussing Isaac Asimov's original Foundation trilogy," recalls Gates. SEE: What is digital transformation? 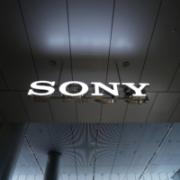 What would you think about a mask that allows you to enjoy the synthesized smells of fine cuisine? How about a floating house for people displaced by higher sea levels due to climate change? These are among the ideas that Sony Group Corp. have dreamed up -- all based on stories created through a collaboration between science fiction writers and Sony's young in-house designers. Such stories offer a peek into the future envisioned through an author's bold imagination, with details of the imagined futures used to develop prospective products and services. This method is called sci-fi prototyping. While the COVID-19 pandemic has presented scenes like those from a sci-fi movie, such as eerily empty cities due to lockdowns, Japanese companies such as Sony are starting to explore unconventional methods to come up with novel ideas.

Johan den Haan is CTO of Mendix, a Siemens business and leader in enterprise low-code, a model-driven approach for building apps 10x faster. Is AI the transformative technology destined to work wonders for humanity, from driverless cars to a cure for cancer? Or is it a genie in a bottle that, once released, could be used to manipulate or even rule humankind? With the tremendous advances in computing power, software capabilities and the cloud over the last decade, progress on AI is no longer linear -- it's exponential. That means it's time to pay attention and make some fundamental decisions. 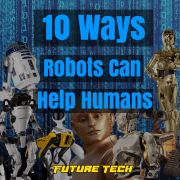 In today's episode of Future Tech, I want to give you 10 reasons how robots could make our lives easier and better. Now we've seen a lot of science fiction movies over the years like Star Wars with C Threepio and R2D2 And how those robots helped Luke, Leia and Han and Chewie, and we've seen iRobot where the robots took over the world or Terminator where the machines took over the world and started killing all the humans. But they don't always show us how robots could be helping us. There's a really good movie and book by Isaac Asimov called Bicentennial Man which I really enjoyed. The movie stars Robin Williams, and it shows you how a robot could actually help a family.

Artificial intelligence helps solve the most complex problems beneath our feet

Artificial intelligence helps solve the most complex problems beneath our feet By Hari Viswanathan For The New Mexican May 9, 2021 Save Few technological developments have captured the minds -- and fear -- of humanity like artificial intelligence. Whether it's robots rising up to subdue their makers like in the Westworld series, or the malevolent computer Hal 9000 from the classic movie 2001: A Space Odyssey, machines that can learn are depicted as threats to the world as we know it. Obviously, these futures are the work of imaginative screenwriters. In fact, artificial intelligence, or AI, is at work in the field of geological science right now helping to preserve the world and save lives. That topic is the focus of a virtual seminar series throughout the summer called "Machine Learning in Solid Earth Geoscience," a series that has been hosted in Santa Fe in pre-COVID-19 years.

Politics and the pandemic have changed how we imagine cities

Humanity has migrated to subaquatic domes to escape the lethal consequences of a vastly deteriorated ozone layer. Tremendous advances in solar power have made this shift possible, and an android underclass provides maintenance labor. Sentient but without rights, they are manufactured with organs that can be harvested by humans. Gradually, Momo grows enlightened to the oppression of androids, connecting the dots between a surgery she had as a child and the disappearance of her childhood best friend. There's an awful lot going on in this short work: new religions form in this future world, the Pacific Ocean territories are divided between countries like the United States and corporations like Toyota, and then there are the peculiar skin treatments at Momo's salon.