At the end of each summer for the last 14 years, the small Welsh town of Porthcawl has been invaded. Every year its 16,000 population is swamped by up to 35,000 Elvis fans. Many people attending the yearly festival look the same: they slick back their hair, throw on oversized sunglasses and don white flares. At 2017's Elvis festival, impersonators were faced with something different. Police were trialling automated facial recognition technology to track down criminals.

Facial recognition technology used by the UK police is making thousands of mistakes, a new report has found. South Wales Police, London's Met and Leicestershire are all trialling automated facial recognition systems in public places to identify wanted criminals. According to police figures, the system often makes more incorrect matches than correct ones. Experts warned the technology could lead to false arrests and described it as a'dangerously inaccurate policing tool'. South Wales Police has been testing an automated facial recognition system. 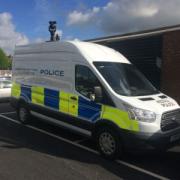 While AFR tech has been trialled by a number of UK police forces, this appears to be the first time it has led to an arrest. South Wales Police didn't provide details about the nature of the arrest, presumably because it's an ongoing case. Back in April, it emerged that South Wales Police planned to scan the faces "of people at strategic locations in and around the city centre" ahead of the UEFA Champions League final, which was played at the Millennium Stadium in Cardiff on June 3. On May 31, though, a man was arrested via AFR. "It was a local man and unconnected to the Champions League," a South Wales Police spokesperson told Ars.

South Wales Police carried out the U.K.'s first arrest using facial recognition, Ars Technica UK reported. The arrest using automatic facial recognition (AFR) was made on May 31 and was not related to the Champions League final. It's unclear whether the apprehension was due to authorities testing the technology prior to the match. International Business Times has reached out to South Wales Police regarding the arrest. The department previously said there was "a very low number of arrests over the period of the festival including match day," in a statement on Tuesday.

Police have used facial recognition technology to arrest a man for the first time in the UK. The arrest was made May 31 but police didn't release many details, probably because the investigation is ongoing. South Wales Police have been trialling the technology, known as AFR (Automatic Facial Recognition), for the past 18 months. And UK police have been testing facial recognition technology for a while, raising privacy and security concerns among civil rights organisations and members of the public. At the end of May, law enforcement announced a partnership with the company NEC to test AFR during the Champions League finals week in Cardiff.

Police in South Wales have arrested a man using automatic facial recognition software. It's the first time a person has been seized this way in the UK, according to Wales Online, following a series of trials at large-scale public events including Download music festival and Notting Hill Carnival. The most recent was the Champions League final in Cardiff, which took place last Saturday (June 3rd). The man, however, was arrested three days beforehand (May 31st). In a statement to Ars Technica UK, police confirmed he was a local resident and "unconnected" to the game in Cardiff.