In this course we are going to look at advanced NLP.

This course is the next logical step in my deep learning, data science, and machine learning series. I've done a lot of courses about deep learning, and I just released a course about unsupervised learning, where I talked about clustering and density estimation. So what do you get when you put these 2 together?

What is machine learning / ai? How to learn machine learning in practice? Neural Networks (often referred to as deep learning) are particular interesting. But there are a few questions. To answer these questions and give beginners a guide to really understand them, I created this interesting course.

Deep learning is a new chapter for every sector: Andrew Ng, Coursera

The co-founder of online education platform Coursera has made it his mission to build talent for AI through his new project, deeplearning.ai. Andrew is preparing courses on deep-learning--advanced AI inspired by the human brain's neural networks--that will be available on Coursera. In an interview with ET's J Vignesh, the former chief scientist at Baidu also spoke about how technology disruption can help countries like India leapfrog and take a lead in the new world. Edited excerpts: How are we progressing towards the concept of singularity, or general intelligence, from sector-specific artificial intelligence? That is hard to project.

If launching a career in AI is your thing, this online course can get you started

Just to let you know, if you buy something featured here, Mashable might earn an affiliate commission. From self-driving cars and a cucumber sorter to disaster-prediction programs and cancer-detection systems, current applications of artificial intelligence technology would have The Jetsons blushing and Asimov deeply shook. According to one survey of industry experts at an AI conference, intelligent machines will be able to perform any intellectual task a human can perform by the year 2050. As such, there's a growing need among companies for AI professionals that know the ins and outs of machine learning (ML) -- giving a device access to data and letting it learn for itself -- as well as its newer subset, deep learning. Capable of making independent decisions about unstructured data, deep learning networks have been described by Forbes as being capable of unlocking "the treasure trove of unstructured big data for those with the imagination to use (them)."

The study analyzes how the advancements in technology and its increased penetration in the education market, institutions have begun to experience a rapid change in the teaching delivery model. Governments over the world are concentrating on building up a computerized instruction condition through gifts and subsidizes, bringing about an expansion in the money related help for instructive foundations particularly those working in developing regions. This has helped numerous foundations to adjust to current and progressed instructive techniques. 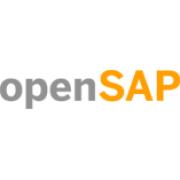