Our FinTech Perspectives series, will explore the content, potential, and shortcomings as well as the areas that require further clarification in this important field of European legislation on digital transformation in the financial services sector. Within its overarching plan to Shape Europe's Digital Future, The European Commission is determined to make the lead-up to 2030 Europe's Digital Decade. This ambition has, aside from activities in other fields, resulted in an outpouring of legislative initiatives. The great majority of these initiatives aims to get an ever better handle on our digital reality to date. For all of these, the European legislator needs to reconcile its desire to support technology and business innovation on the one side with the necessary protection for individuals and business in the EU on the other side. Getting this balance right is vital for the success of each of those initiatives.

Artificial Intelligence (AI) has taken a major role in acting as the main driver of upcoming hi-tech future in the world. It is shifting the information age to a completely new digital domain where upgraded machines help to solve critical decisions and assist in diverse sectors of a country. The banking and financial sector is very keen in investing in AI to protect their customers against the competitors in this market. Thus depending on the current scenario, Goldman Sachs, a leading American multinational investment bank, is betting on AI to dive growth in the economy. It has a fund of $72.5 million exclusively for the investment in Artificial Intelligence algorithms and data analytics.

It really doesn't matter whether you are a retail or institutional investor. Both need the skill to predict a bit the future to make the right choices in their portfolios. Of course, assuming all investors have the core goal to have a higher growth rate than the market average, as otherwise, it would be sufficient to go with an S&P 500 ETF. The only way to achieve this high yield is by making the right choices when selecting a stock. Based on this result, the ones who want to outperform the market need to allocate capital accordingly.

The United States Securities and Exchange Commission (SEC) signed a deal with blockchain analytics firm AnChain.AI to help its efforts in monitoring the decentralized finance (DeFi) space. What Happened: According to a Forbes report, AnChain.AI CEO and Co-Founder Victor Fang explained that the collaboration started because "the SEC is very keen on understanding what is happening in the world of smart contract-based digital assets," and the firm can help with that. The company's service focuses on tracking illicit activity across crypto exchanges, DeFi protocols, and traditional financial institutions. The contract between the blockchain analysis firm and the SEC started in May and probably played a role in AnChain.AI securing a $10 million Series A round led by Susquehanna Group affiliate SIG Asia Investments LLP. Why It Matters: The regulator is seemingly leveraging the contractor to monitor the DeFi ecosystem more closely, as expected after recent remarks by SEC Chairman Gary Gensler.

The United States Securities and Exchange Commission (SEC) signed a deal with blockchain analytics firm AnChain.AI to help its efforts in monitoring the decentralized finance (DeFi) space. What Happened: According to a Forbes report, AnChain.AI CEO and Co-Founder Victor Fang explained that the collaboration started because "the SEC is very keen on understanding what is happening in the world of smart contract-based digital assets," and the firm can help with that. The company's service focuses on tracking illicit activity across crypto exchanges, DeFi protocols, and traditional financial institutions. The contract between the blockchain analysis firm and the SEC started in May and probably played a role in AnChain.AI securing a $10 million Series A round led by Susquehanna Group affiliate SIG Asia Investments LLP. Why It Matters: The regulator is seemingly leveraging the contractor to monitor the DeFi ecosystem more closely, as expected after recent remarks by SEC Chairman Gary Gensler.

One of the technologies that Bitcoin is based on is the SHA-256, a cryptographic hashing function which turns arbitrary input data into a 256 bit string (the "hash"). This is a one-way function, so that it is easy to find the hash from an input but not the other way around. Bitcoin mining consists of the search problem of finding an input (the "nonce") combined with information of the most recent block that generates a hash that is less than a target value (T), the maximum number that is acceptable to be considered a valid Bitcoin hash. The target value is continually being readjusted such that the average time between the blocks is 10 minutes (at the time of writing the target is approximately T 8.9 x 10¹¹, much smaller than 2²⁵⁶ 1.2 x 10⁷⁷). If it were possible to find a quantum algorithm to invert SHA-256 efficiently, then we could indeed mine Bitcoin easily.

Israel's tech and innovation ecosystem has had a monumental year so far in 2021, breaking funding records and yielding 10 new unicorns – private companies valued at $1 billion or more -- just in the first three months of the year, more than any country in Europe. Israeli high-tech activity on public markets also increased significantly this year, a trend reflected in the number of IPOs, SPAC (special-purpose acquisition company) transactions, and follow-on offerings. "Year in and year out, Tel Aviv's startup community has proven that it can achieve more than whole countries within its 52km2, thanks to investment in world-class research facilities, robust government support, and an ever-reliable influx of investment," writes WIRED UK Contributor Allyssia Alleyne in a new post this week highlighting 10 "hottest startups from Tel Aviv as part of the UK edition of the American tech publication's annual round-up (except in 2020) of Europe's 100 hottest startups. They include startups and companies from London, Amsterdam, Stockholm, Barcelona, Dublin, Helsinki, Berlin, Paris, and Lisbon. These 100 companies "are a cohort like no other," says Greg Williams, the deputy global editorial director of WIRED. "They survived an unprecedented year, embodying what entrepreneurial spirit is all about." The companies, featured in the September/October issue on newsstands this month, are not necessarily "the largest, best-known or most-funded," but they "are generating buzz" and they are organizations "people are talking about and inspired by," added Williams. The Tel Aviv entry is a mix of established companies with prominent backers, high-flying unicorns, and determined startups. Many operate in the deep tech sector. "Tel Aviv has long been known as a place where founders have built innovative companies in verticals such as fintech and cybersecurity.

NVIDIA: Building the Trader of Tomorrow With Artificial Intelligence

John Harding is Regional Director, UK & amp; Ireland, at NVIDIA. Harding is passionate about global financial services and fintech and he leads the sales and developer teams responsible for growing the adoption of NVIDIA AI platforms across industry and the public sector. He looked at NVIDIA's findings that showed 83% of global financial services professions agree that'AI is important to my companies future's success', and 34% of respondents stated AI will increase their annual revenue by 20% or more", and in turn discussed how AI was found to have the largest impact on yielding more accurate models, creating a competitive advantage, developing new products and improving operational efficiencies: While stories about the seismic shift toward digital banking in the post-covid era abound, another technology revolution is taking place in capital markets: AI-powered trading. Recent market fluctuations and the impact of social media sentiment on stock prices have highlighted the need for active fund managers, traders and market makers to utilise AI in order to compete effectively in the future. These trends are apparent in some of the findings from NVIDIA's recent survey of financial services professionals from around the world. According to NVIDIA's "State of AI in Financial Services" report, 83% of global financial services professionals agreed with the statement that "AI is important to my company's future success." 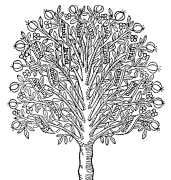 Science is a catalyst for human progress. But a publishing monopoly and funding monopsony have inhibited research. We intend to improve incentives in science by developing smart research contracts. These will collectively reward scientific activities, including proposals, papers, replications, datasets, analyses, annotations, editorials, and more. Peer-to-peer review networks will be designed to help evaluate proposals and publications. Long term, these smart contracts help accelerate research by minimizing science friction, ensuring science quality, and maximizing science variance. Papers are the fundamental asset of the research economy: they serve as proof of work that valuable research has been completed. Funding agencies and research institutions evaluate scientists based on their publications. Principal investigators (PIs) attract prospective students and collaborators via papers. Investors and companies use scientific literature to conduct due diligence on research ranging from basic discoveries to clinical studies. Thus, the evaluation and dissemination of papers are vital to this research economy. Publishers are the sole arbiters of papers today. They assign a value -- denominated in "prestige" -- by accepting a paper into the appropriate journal based on selectivity and domain. To evaluate papers, journals typically outsource it to two or three PIs, who often outsource it further to their students. Reviewers are unpaid for this peer review work, as it is an expected part of their scientific duties. Peer review is believed to be necessary because of the industrialization of science. Research papers and proposals have become too specialized and too numerous, making it difficult to assess merit prima facie. As a result, scientific incentives have become distorted in two major ways: prestige capture and reviewer misalignment. Over half of all research papers in 2013 were published by five companies, who have used their centuries of brand equity to build an economic moat. This results in prestige capture, which akin to regulatory capture, causes public and scientific interest to be directed towards the regulators of prestige. Publishers have exploited prestige capture to become the ultimate rent-seekers, with operating margins between 25-40% and market capitalizations up to $50B.