Clearview AI, the surveillance firm notoriously known for harvesting some 20 billion face scans off of public social media searches, said it may bring its technology to schools and other private businesses. In an interview with Reuters on Tuesday, the company revealed it's working with a U.S. company selling visitor management systems to schools. That reveal came around the same time as a horrific shooting at Robb Elementary School in Uvalde, Texas that tragically left 19 children and two teachers dead. Though Clearview wouldn't provide more details about the education-linked companies to Gizmodo, other facial recognition competitors have spent years trying to bring the tech to schools with varying levels of success and pushback. New York state even moved to ban facial recognition in schools two years ago.

Interview with Alessandra Rossi: an insight into the RoboCup virtual humanoid league

Alessandra Rossi is a member of both the technical and organising committees for the RoboCup Humanoid League. We spoke to her about the Humanoid League Virtual Season, which concluded with the grand final of the virtual soccer competition, and a three day workshop. The Humanoid League Virtual Season (HLVS) has been driven by two main core motivations: firstly to allow teams to have support for continuous testing while making progresses and changes to their software, and secondly, to keep the teams connected throughout the year, thus strengthening the community and collaboration between teams. We wanted to let teams use the longer periods between games, and the continuous games throughout the year to test novel approaches, with less risk, and to aid their success in the overall tournament. In addition, this way, teams can thoroughly analyse the collected data between games, and make informed decisions on how to improve and implement their approaches for the following match.

John Deere is announcing the acquisition of a state-of-the-art algorithm package from artificial intelligence startup Light. For those of you wondering when driverless vehicles will truly begin to make their mark on society, the answer is: today. Up front: No, you won't be seeing green tractors rolling themselves down city streets anytime soon. But the timeline for fully autonomous farming is being massively accelerated. Today's purchase is all about John Deere's need for speed -- and accuracy, but first let's talk about rapid development.

Microsoft Build--at the opening keynote by CEO and Chairman, Satya Nadella, announced the final judging for the 2022 Imagine Cup global winner. After the judging, V Bionic took top honours today, May 24. Their platform solution, ExoHeal, combines a therapeutic exoskeleton hand device with sensors, and extensive intuitive app -- that helps patients with hand paralysis to experience a faster, more comfortable, inexpensive, three stage rehabilitation process to improve patients physical and mental health. The V BIONIC team is achieving international recognition through competitions and award programs including: Global Finalists in the Google Science Fair and Social Innovation Award winners at the Diamond Challenge, and today as World Champions of Imagine Cup as key gems in their crown towards success. Their hard work and passion is founded on the inspiration to do more for humanity and by implementing tech-for-good.

Security in the Metaverse and What Banks Need to Know Recognised by Gartner as a "Cool Vendor in Fraud and Authentication," Arkose Labs offers an industry-first warranty on account protection. Its AI-powered platform combines powerful risk assessments with dynamic attack response that undermines the ROI behind attacks, while improving good user throughput. We caught up with the company's dynamic founder and CEO, Kevin Gosschalk to talk banking security and all things metaverse. In high school, I led a guild of 40 players taking down monsters in a game developed by Blizzard Entertainment called "World of Warcraft". Nearly 16 years later, as the founder and CEO of Arkose Labs, we protect Blizzard and many other world-class customers from fraudsters' attacks and abuse.

Interview with Daniel Shearly, VP of Products at GfK

Daniel Shearly answers questions about data-centricity, trusted data, and how data-driven intelligence can help in better decision-making for future-proofing businesses. What specific trends do you see that will shape the future of its adoption? Every organization has its own reasons for adopting AI which have historically ranged from a real desire to answer complex problems and uncover insights from large data sets that would be impossible to process through traditional statistical methods to driving operational efficiencies and even just a company's desire to appear cutting edge. As AI is now much more mainstream it's less of a buzzword and badge of innovation and more of something to be applied practically to real-world problems. The main trends I see emerging are the broader adoption of it by companies big and small as knowledge and talent build and barriers to adoption decrease.

ML Tools to Accelerate your work with Cassie Breviu 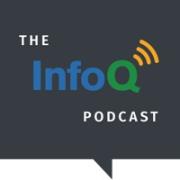 Want to ensure your app developers can create secure and smooth login experiences for your customers? With Curity you can protect user identities, secure apps and websites, and manage API access. Welcome to the InfoQ podcast. My name is Roland Meertens and today, I am interviewing Cassie Breviu. She is a senior program manager at Microsoft and hosted the innovations in machine learning systems track at QCon London. I am actually speaking to her in person at the venue of QCon London Conference. In this interview, I will talk with her on how she got started with AI and what machine learning tools can accelerate your work when deploying models on a wide range of devices. We will also talk about GitHub Copilot and how AI can help you be a better programmer. If you want to see her talk on how to operationalize transformer models on the edge, at the moment of recording this, you can still register for the QCon Plus Conference or see if the recording is already uploaded on infoq.com. Welcome, Cassie to QCon London. I'm very glad to see you here. I hope you're happy to be at this conference. I heard that you actually got into AI by being at the conference. I am thoroughly enjoying this conference. It's really put together really well and I really enjoy it. So what happened was I was at a developer conference. I was a full stack C# engineer and I'd always been really interested in AI and machine learning, but it always seemed scary and out of reach. I had even tried to read some books on it and I thought, "Well, this might be just too much for me or too complicated or I just can't do this." So I went to this talk by Jennifer Marsman and she did this amazing talk on, Would You Survive the Titanic Sinking? She used this product that's called Azure Machine Learning Designer.

You can practice for a job interview with Google AI Never mind reading generic guides or practicing with friends -- Google is betting that algorithms can get you ready for a job interview. The company has launched an Interview Warmup tool that uses AI to help you prepare for interviews across various roles. The site asks typical questions (such as the classic "tell me a bit about yourself") and analyzes your voiced or typed responses for areas of improvement. You'll know when you overuse certain words, for instance, or if you need to spend more time talking about a given subject. Interview Warmup is aimed at Google Career Certificates users hoping to land work, and most of its role-specific questions reflect this.

What if Zoom Could Read Your Facial Expression?

Right now, companies are developing and selling AI products intended to tell your boss, or your teacher, how you're feeling while on camera. Emotion AI is supposedly capable of taking our expressions and micro-expressions, capturing them via computer vision, and then spitting out some sort of score that says whether someone's engaged with what's being said in a virtual classroom or even responding well to a sales pitch. But what's unclear is how well--or whether--it really works. On Friday's episode of What Next: TBD, I spoke with Kate Kaye, a reporter for Protocol, about whether AI really know what you're feeling. Our conversation has been edited and condensed for clarity.

Six years after its initial release, Stardew Valley has sold more than 20 million copies. Creator Eric Barone shared news of the accomplishment in an update posted to the game's press site and an interview with PC Gamer. "The 20 million copies milestone is really amazing," he told the outlet. But what's even more impressive is the increasing pace of Stardew Valley's sales. It took four years for the game to sell its first 10 million copies.