The future of technology is folding: From pocket drones to backpack scooters, DailyMail.com tries out the gadgets vying to become this year's Christmas must-haves 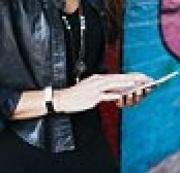 The future is folding, if the exhibits at a major New York tech exhibition are to be believed. Pocket size drones, 3D printers, phone accessories and cutting-edge wearables all took center stage at CE Week, which kicks off today. CE Week is designed to showcase products and services set to launch in the second half of 2016, which all focus around the world of technology. 'This is the year that a new ecosystem of products that communicate with other products, immersive entertainment systems and emerging technologies will really begin to take hold,' said Eric Schwartz, executive producer, CE Week. 'CE Week is a way for those most passionate about technology to see the future, now.' 'New York City, with its burgeoning finance, media and high tech industries provides a great backdrop.'