Artificial Intelligence as a Force for Good (SSIR) 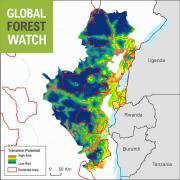 That's why the technology team at the well-known nonprofit Crisis Text Line in New York City analyzed some 65 million text messages to determine what words were most statistically associated with a high risk of suicide. This scale of analysis would clearly be infeasible without some form of automated analysis, and its results surprised the team. Use of the term "EMS" in a text, for example, is five times more predictive of a high risk of suicide than the actual word "suicide." As a result, the organization is now able to respond to 94 percent of high-risk texters in fewer than five minutes. This is just one example of "mission-driven artificial intelligence"--the responsible application of artificial intelligence (AI) to solve societal and ecological challenges.