'Gutfeld' on COVID warnings for New Year's Eve, 2021 in review

'Gutfeld!' panel discusses the year in review as 2021 comes to a close. This is a rush transcript from "Gutfeld!," December 30, 2021. This copy may not be in its final form and may be updated. EMILY COMPAGNO, FOX NEWS CHANNEL HOST: I know what you're thinking. Greg's never looked at this good in a dress. Like a tiny Ghost of Christmas Present, because I'm celebrating the holiday today. Because this year COVID robbed me of Christmas with my family. COVID robbed us of our studio audience. And it robbed me of my Christmas Eve Feast of the Seven Fishes. So to make up for it, we are having a feast tonight. COMPAGNO: In New Year's Eve news, Omicron fear mongers are warning people to stay away from New York's Times Square celebration. Even though previous crowds were exposed to something much worse. Thank God it'll be me hosting in Time Square this year. See you at 10:00 p.m. Eastern on Fox News. Germany's also banned large group gatherings. But you know who's never bans large gatherings of Germans? China's Wuhan Institute of virology recently hosted a conference on lab safety, to which the world responded a little (BLEEP) late, guys. In a recent segment on COVID Safety, CNN's Dr. Leana Wen admitted cloth masks don't stop transmission of the virus. Today in New York Mayor Bill de Blasio said he doesn't believe in shutdowns despite having shut down the city for months. He then added "I also oppose letting criminals roam free to murder people." Chris Tucker turned down a $10 million payday for a sequel to the awesome movie Friday, saying he's too mature to be seen behaving badly on screen anymore.

This year flooded theaters and streaming sites with a wealth of riches. Audiences hungry for escape were rewarded with adventures that boasted evil AI, high fantasy, and sprawling superhero showdowns. Those craving the cerebral were gifted art house films with a perturbed princess, an unnerving nurse, and a serial killer who took her love of muscle cars to a wild extreme. It was a year where musicals sang of the best and worst of New York City, where dramas made infectiously thrilling turns and comedies took culotte-coated leaps that had us in stitches. Here are our picks for the 15 best films of 2021.

Fox News Flash top headlines are here. Check out what's clicking on Foxnews.com. WWE is ready for 2022. The pro wrestling company released its pay-per-view schedule for the next year with two more shows left on the docket for the year, Survivor Series in November and TLC: Tables Ladders & Chairs in December. MIAMI GARDENS, FL - APRIL 1: John Cena looks on before his match against Dwayne ''The Rock'' Johnson during WrestleMania XXVIII at Sun Life Stadium on April 1, 2012 in Miami Gardens, Florida.

In media news today, 'The View' co-host Ana Navarro reveals her COVID tests were false positives, CNN anchor Chris Cuomo stays silent on his own sexual harassment scandal, and The New Yorker hosts a climate change extremist who promotes property damage Meghan McCain spent years irking liberals as the token conservative on "The View," but managed to continue bothering the left on Sunday simply by showing up on NBC's "Meet the Press." McCain walked away from "The View" last month because she enjoyed settling down in Washington, D.C. with her family since the coronavirus pandemic and didn't want to upend her life again for the New York-based program. Meghan McCain irked liberals by appearing on NBC's "Meet the Press." Former CNN anchor Soledad O'Brien responded to video of Todd welcoming McCain to the program with a tweet that scolded "Meet the Press" for offering her a platform. "This young lady is not her father (though she likes to name him frequently). She lies on camera, she has zero value as a guest, certainly she's go no credibility as a political talking head. And yet, Meet the Press fails by allowing her to lie on their air," O'Brien tweeted.

Streaming entertainment giant Netflix this afternoon reported Q2 revenue that topped expectations, but missed on the bottom line, and offered an outlook for revenue in line with Wall Street's consensus. In the all important metrics department, Netflix added 1.54 million paying subscribers, on a net basis, topping expectations for 1.15 million. However, the company expects to add just 3.5 million paying subscribers this quarter, which is well below consensus for 5.63 million. The report sent Netflix shares down about 3% in late trading. Netflix said it will add video games to its service, confirming recent rumors.

The internet is terrified of the New York Police Department's newest "canine" on unit: Digidog, a robo-dog that the Netflix series "Black Mirror" warned of. After a video went viral of Digidog in action, the internet started comparing it to Series 4 Episode 5, "Metalhead," where human society is no longer in existence and has been overrun by robot dogs. Some fear that this new invention could eventually turn into something negative. It was first deployed in February when men were being held hostage in a Bronx apartment and the robot was able to see how safe it was and if it was safe for the police to enter, the New York Times reported. The creators of Digidog, Boston Dynamics, explained that these devices won't be used as a weapon, but a political art collective has shared a few examples of how easy it is for things to go downhill fast, including a handful of Muslim Americans being killed by drones, according to the Guardian.

John Oliver and Jimmy Fallon's shows are basically at opposite ends of the late night spectrum: One specialises in furious deep dives into the often-hidden issues eating away at the foundations of American life, and the other in celeb dance challenges and game segments that are harmless fun at best and, at worst, nugatory and overproduced insults to the intelligence of both his guests and his audience. But even Fallon shouldn't have been quite so surprised when Oliver brought a little of that Last Week Tonight heat to his Tonight Show appearance on Monday night. Before their Zoom interview, Oliver joined Fallon in a game called Hey Robot, where the two were aiming to get Alexa to say a certain word -- like "Liverpool" or "Leprechaun" -- by asking just the right question. It went well enough, until Oliver's crucial error of asking an American-based Alexa about "the greatest football team" when he didn't mean the kind of football involving helmets and shoulderpads. The Liverpool F.C. superfan took that one personally, and went on to take digs at Alexa's "rotten heart."

A Brief Introduction to Edge Computing and Deep Learning 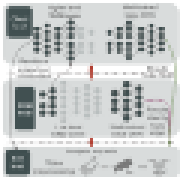 Welcome to my first blog on topics in artificial intelligence! Here I will introduce the topic of edge computing, with context in deep learning applications. This blog is largely adapted from a survey paper written by Xiaofei Wang et al.: Convergence of Edge Computing and Deep Learning: A Comprehensive Survey. If you're interested in learning more about any topic covered here, there are plenty of examples, figures, and explanations in the full 35 page survery: https://ieeexplore.ieee.org/stamp/stamp.jsp?tp & arnumber 8976180 Now, before we begin, I'd like to take a moment and motivate why edge computing and deep learning can be very powerful when combined: Deep learning is becoming an increasingly-capable practice in machine learning that allows computers to detect objects, recognize speech, translate languages, and make decisions. More problems in machine learning are solved with the advanced techniques that researchers discover by the day.