When self-driving cars are coming, for real

Self-driving features have been creeping into automobiles for years, and Tesla (TSLA) even calls its autonomous system "full self-driving." That's hype, not reality: There's still no car on the market that can drive itself under all conditions with no human input. But researchers are getting close, and automotive supplier Mobileye just announced it's deploying a fleet of self-driving prototypes in New York City, to test its technology against hostile drivers, unrepentant jaywalkers, double parkers, omnipresent construction and horse-drawn carriages. The company, a division of Intel (INTC), describes NYC as "one of the world's most challenging driving environments" and says the data from the trial will push full self-driving capability closer to prime time. In an interview, Mobileye CEO Amnon Shashua said fully autonomous cars could be in showrooms by the end of President Biden's first term. Mobileye received a special permit from New York state, allowing manufacturers of "autonomous vehicle technology" to test on public streets. The permit requires that drivers be present in the vehicle but allows them to keep their hands off the steering wheel yet "be prepared to take control when required to … operate the vehicle safely and lawfully." It's unclear whether others may have applied. The state hasn't responded to a request for comment.

Being from California, I remember one of the first times that I visited New York City (NYC) and made the mistake of renting a car to get around the famous metropolis. I had figured that driving a car around the avenues and streets would give me a good sense of how the city that never sleeps was laid out and where the most notable restaurants, bars, and shops could be found. Turns out that I mainly discovered how much New Yorkers seemed to delight in jaywalking. It was as though there weren't any rules against jaywalking. Want to cut across the street and get over to that popular hangout, no need to walk down to a crosswalk, instead just make your way by walking into traffic. In most cases, the jaywalker didn't even run. One might almost think that you would dart rather than meander, but these fearless jaywalkers tended to take their time. I also found out about the techniques involved in making a devoted stare or gaze that appeared to be a local custom. In some cities, the jaywalker purposely does not make eye contact with the car drivers, seemingly acting as though the car drivers don't exist. Or, maybe by making eye contact it would become a duel to see who looked away first, and the loser perhaps has to back-down from the standoff. In any case, my experience was that the jaywalkers in NYC loved to give the car drivers a straight eye. This might be the same kind of thing you'd do when you encounter a wild animal in the woods. Given them a strong stare might say that you are mighty and the animal should not try to take you on. Some of the car drivers that were locals or that were used to the local customs would often give a stern stare back. On a few occasions, it would get really testy and the jaywalker would wave an arm and act as though they might try to slay the dragon of a car coming down the street. I admit that after I turned in the rental car and became more of a traditional pedestrian on my visits to NYC, I adopted the jaywalking habit. This was especially so because during one of my initial forays as a pedestrian there, I was walking with a colleague that was a native New Yorker, and when I attempted to walk down to a crosswalk, rather than taking the shortcut of jaywalking, he almost came out of his skin at my legal abiding approach. Are you nuts, he asked or demanded incredulously?

Autonomous Vehicles Are Ready to Disrupt Society, Business--and You

Brian Kenny: At the 1939 World's Fair in New York City General Motors unveiled Futurama, an exhibit spanning an entire acre that featured a model of what US roadways would look like 20 years into the future. Networks of streamlined motorways wound through a landscape of half a million buildings, a million trees, and 50,000 miniature cars traveling on a 14-lane, multi-speed highway. It struck a chord at a time when the country was just beginning to grapple with traffic congestion. In what might have been the boldest prediction of all, Futurama depicted a future where self-driving cars would communicate directly with the road moving passengers safely and swiftly to their destination. It seemed like science fiction, but by 1958 GM made this concept a reality with one of the first full-sized self-driving vehicles. Today on Cold Call, we're doubling down to look at two cases that each look at the future for autonomous vehicles. I'm your host, Brian Kenny, and you're listening to Cold Call, recorded in Klarman Hall Studio at Harvard Business School. Joining me in studio today is Professor Bill Kerr to discuss his case entitled, Autonomous Vehicles: The Rubber Hits the Road... but When? Also in studio is Professor Elie Ofek to discuss his case entitled, Autonomous Vehicles: Smooth or Bumpy Ride Ahead? Brian Kenny: It's great to have both of you here. I found out about Bill's case first and reached out to him to do that. Elie, you and I were going to do a completely different case, but somebody brought to my attention that you had also written a case on autonomous vehicles. The two cases are really complementary, and I think this will be a really rich discussion about a topic that is certainly something that's been in the headlines a lot, and I think it's one of these things... I know, speaking for me personally, I can't wait to get into a car and just open up my newspaper and let the car take me where I'm going. For people who are listening to this while they're driving in their cars, keep your hands on the wheel.

During a normal daily commute in a big city, you might see about 20 to 30 billboards, though you are likely so used to the presence of the billboards that you don't give any conscious thought toward them. Interestingly, there are an estimated 350,000 billboards throughout the United States. Estimates of the amount of money spent on billboards annually in the U.S. vary, but many would guess it is around $8 billion dollars. In essence, those billboards that you drive past at 65 miles per hour, and for which maybe you notice and maybe you don't, they are big business involving big bucks. Advertisers seem to think that billboards are worth paying for. The companies that own billboards and seek out advertisers are of the belief that advertisers are wise to use billboards. There are some billboards that are rather mundane and do not especially standout. I dare say that a number of the billboards are about trying to sell new cars and they often don't leap off the page, so to speak, and I wonder how much good those billboards are doing. Admittedly, these are billboards that are right next to the new car dealerships selling such cars, and so it is handy to have the billboard as a kind of "I'm here" signpost for anyone considering stopping to look at buying a new car. One billboard that gets attention is one involving a mannequin of a cow on it, offering a 3D visualization that can catch the eye as you drive past it (you probably know the billboard, it is for a fast food chain that sells mainly chicken). Another type of billboard that can be particularly noticeable is an electronic one that is constantly changing from one image to another, and changes throughout the week. It is easy for the company owning the billboard to showcase new items and avoid the usual labor-intensive act of having to put up a large-scale poster or otherwise do something physical when putting on a fresh ad for the billboard. These so-called electronic billboards, often referred to as e-billboards, offer the advantage of being easy and quick for displaying any new or changing ads. If you've ever been to Times Square in New York City (NYC), you've undoubtedly seen the plethora of e-billboards displayed there.

The Smart Car Failed In The US, Now It's Betting On China

The tiny Smart car was meant to be a revolutionary new idea in urban mobility. But more than 20 years after its creation, the Smart car pulled out of the U.S. after years of increasingly dismal sales. Now, its parent company, Daimler, is looking in a new direction. About CNBC: From'Wall Street' to'Main Street' to award winning original documentaries and Reality TV series, CNBC has you covered. Experience special sneak peeks of your favorite shows, exclusive video and more.

These Small Cars Can Help Drive the Autonomous Future

Over the next three years, Houssam Abbas will carefully send 80 modified Traxxas RC rally cars--the Ford Fiesta model--to research facilities around the country. Some will go to Arizona State University, others to Clemson University, the State University of New York at Stony Brook, UCLA, Vanderbilt University, or the University of Iowa. In each place, researchers will open their packages, take out the 21-inch, modified, 1/10th-scale car, and begin to run tests. Abbas, an assistant professor of electrical engineering and computer science at Oregon State University, hopes the toys are the key to cracking the self-driving car. He and colleagues believe their miniature, cheap, open source, self-driving "platform" will give 33 scientists of all stripes chances to experiment with cutting-edge technology at a critical moment: before autonomous vehicles hit the streets en masse.

Autonomous vehicles are on the rise to combat the country's motor vehicle fatalities. This article by Red Hat's Pete Brey takes a dive on how machine learning, artificial intelligence, and deep learning work together to achieve this goal. Houston, we have a problem. So does Los Angeles, Atlanta, New York, D.C, Boston, and all cities, towns, and counties throughout the United States. That problem is motor vehicle fatalities. 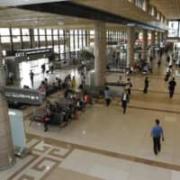 FRANKFURT - Volkswagen AG and Ford Motor Co. will cooperate on electric and self-driving car technology, sharing costs on a global scale to take a major step forward in the industry's disruptive transformation. VW will invest $2.6 billion in Ford's autonomous-car partner Argo AI in a deal that values the operation at more than $7 billion, the two manufacturers said Friday in a joint statement in New York, confirming a figure first reported by Bloomberg. This includes $1 billion in funding and VW contributing its Audi $1.6 billion Autonomous Intelligent Driving unit. "While Ford and Volkswagen remain independent and fiercely competitive in the marketplace, teaming up and working with Argo AI on this important technology allows us to deliver unmatched capability, scale and geographic reach," Ford Chief Executive Officer Jim Hackett said. Ford shares climbed as much as 2.1 percent as of 9:40 a.m.